As Obama leaves the White House, he leaves behind a strong, yet unfinished, climate change legacy. 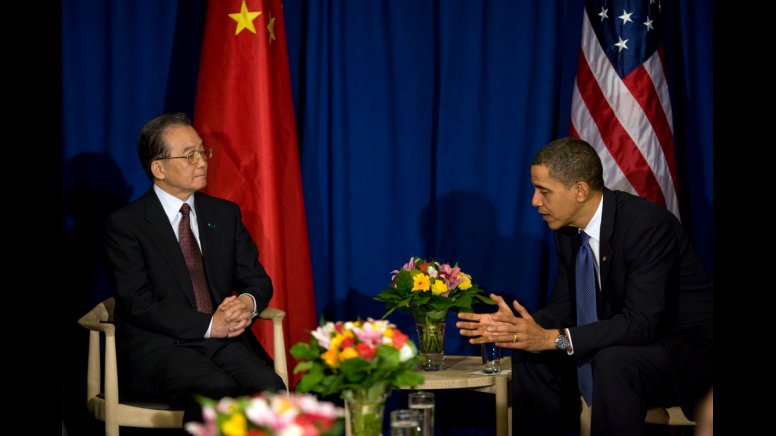 Wikimedia Commons: Executive Office of the President of the United States

As Obama prepares to leave the White House, he leaves behind a strong, yet unfinished, climate change legacy.

Recently, the US and China formally joined the Paris Agreement, a global carbon-reduction initiative adopted by 190 countries last December. It was a major joint announcement that shows how countries around the world are more willing to cooperate on climate change than they have been in the past.

Obama’s action on the Paris Agreement adds another climate change victory to his environmental legacy, a record of grand aspirations and mixed results. Domestically, Obama’s environmental policies have faced significant opposition in Congress, but the president has nonetheless managed to pass several key climate initiatives.

Unlike Al Gore, who in 2000 ran a campaign largely predicated on fighting climate change, Obama’s commitment to environmentalism was questioned at the beginning of his run for president. For example, Obama voted for a Bush-Cheney energy bill (the Energy Policy Act of 2005) that included tax breaks for oil companies. In 2007, he sponsored a coal liquefaction bill that some environmentalists questioned.

After 2008, Obama’s environmental policy shifted further to the left. One of Obama’s most ambitious stated campaign goals was a 80 percent reduction in carbon dioxide emissions levels by 2050. After becoming the Democratic nominee, he quickly received campaign endorsements from the Sierra Club and the League of Conservation Voters, which helped bolster his image in the eyes of doubting environmentalists.

“My presidency will mark a new chapter in America’s leadership on climate change that will strengthen our security and create millions of new jobs in the process.” - Bi-partisan Governors Climate Summit, November 2008

2. He Has Fought Major Political Battles on Climate Change, and Won Some of Them

Once in office, Obama doubled down on his climate change rhetoric with action. The American Recovery and Reinvestment Act included $90 billion in subsidies for green energy. Despite this victory, he then faced opposition in Congress, which refused to bring forth climate and energy bills.

The American Clean Energy and Security Act, which would have set a cap on greenhouse gas emissions passed the House but never made it to the Senate floor. Efforts to introduce cap-and-trade legislation in 2010 also fell flat, even despite that fact that most economists support the policy tool.

Obama did enjoy several successes, especially in the international arena. In 2013, he reached an agreement with China on the reduction of hydrofluorocarbons (HFCs), which marked the first collaboration between the two countries with respect to the environment. That same year, he re-installed solar panels in the White House. (They had initially been put in place by Jimmy Carter and quickly uninstalled by Ronald Reagan just a few years later.)

Obama’s rejection of the controversial Keystone XL pipeline in November of 2015 allowed the president to open up a productive dialogue with Canadian Prime Minister Justin Trudeau regarding climate change. In June 2016, the U.S., Canada, and Mexico agreed on a hemispheric climate partnership, which stipulated that North America receive 50 percent of its electricity from low-carbon sources by 2025.

Obama has also set aside more protected environments than any other president in history, and recently made news when he more than quadrupled the size of a protected marine reserve off the coast of his native Hawaii.

3. He Sees Climate Change as a Gateway to Dealing with Other International Issues

In 2016, Obama sat down with The Atlantic’s Jeff Goldberg to speak about his foreign policy. While much of the discussion centered on Obama’s Middle East policy, he also opened up with regards to his perspective on climate change, at one point saying: “ISIS is not an existential threat to the United States. Climate change is a potential existential threat to the entire world if we don’t do something about it.”

Obama sees climate change in broader terms than many of his foreign policy advisors, and has used the topic as a way to legitimize his pivot to Asia. He spoke at length about climate change at the 2015 Asia Pacific Economic Cooperation summit in the Philippines, urging collaboration between Asian countries and the U.S.

Obama believes that addressing global climate change is critical for the prevention of other global issues, such as poverty eradication and refugee resettlement.

“If you start seeing more severe drought; more significant famine; more displacement from the Indian subcontinent and coastal regions in Africa and Asia; the continuing problems of scarcity, refugees, poverty, disease—this makes every other problem we’ve got worse.” - Interview with Jeff Goldberg, April 2016

4. Under Obama, a Growing Number of Americans are Worried About Climate Change

According to a March 2016 Gallup Poll, a full 64 percent of Americans now worry about climate change a “great deal” or a “fair amount,” up from 52 percent in 2010. (In 2008, when Obama took office 66 percent of Americans fit into this category, but that number dropped on account of the recession.)

Furthermore, 65 percent of Americans now believe that climate change is caused by human activity — the highest percentage in US history.

One thing that Obama has emphasized during his presidency is the long-term nature of combating global climate change.

“The shift to a cleaner energy economy won’t happen overnight, and it will require tough choices along the way.  But the debate is settled.  Climate change is a fact.  And when our children’s children look us in the eye and ask if we did all we could to leave them a safer, more stable world, with new sources of energy, I want us to be able to say yes, we did.” - State of the Union, January 2014

The next U.S. president will take office at a critical time for global climate change policy, with the opportunity to either further or deconstruct the initiatives laid out by the Obama administration. Their approach to the topic of climate change will play a large role in determining future U.S. relations with countries as large as China and as small as Kiribati, as well as imprint upon today’s most pressing global issues.