Brought to you by: Girls Not Brides

Ruvimbo Tsopodzi took her case all the way to the country’s highest court.

Brought to you by: Girls Not Brides

Why Global Citizens Should Care
The UN’s Global Goals call for an end to all gender violence — including the elimination of forced marriage. Nevertheless, 12 million girls around the world are married before the age of 18. You can join us by taking action here to achieve the Global Goals.

Ruvimbo Tsopodzi was just 15 when she was forced into marrying a man she hadn’t chosen. Within four months she was pregnant, and her new husband was abusing drugs and alcohol.

Her story, tragically, is not dissimilar to the stories many girls in her home country of Zimbabwe — where 1 in 3 girls will be married before she turns 18.

“My experience was painful. I was made to sleep outside when I was pregnant,” said Tsopodzi in an interview with Southern Africa HIV and AIDS Information Dissemination Service (SAfAIDS).

Take action: Sign This Petition to #LeveltheLaw and Empower Girls and Women Around the World

“I was not used to eating one meal a day but this became the norm,” she said. “I used to be beaten up, until I realised that this abuse should not happen to me or to another girl child.”

“I realised my life was headed for disaster,” she added. “I got the courage to go and face my dad and present my situation. I grew up wanting to be a nurse, and my desire is to live the life I wanted than what you are forcing me into.

First, she persuaded her father to let her continue her education, and to follow her dream to become a nurse.

That’s how, in 2016, Tsopodzi and and another woman, Loveness Mudzuru, launched their fight for the rights of all girls in Zimbabwe.

As it stood at the time, a child of 16 or older could get married with their parent’s consent. But Tsopodzi and Mudzuru appealed to the highest court in Zimbabwe — the Constitutional Court — to amend the country’s Marriage Act.

Incredibly their appeal was granted, and the court declared existing legislation unconstitutional and recognised 18 as the minimum age of marriage, in line with international standards. It marked a significant step towards ending child marriage globally.

Zimbabwe had already made child marriage illegal in 2013 when it adopted a new constitution setting the minimum age of marriage to 18 and calling on the state to ensure that “no children are pledged into marriage,” according to Girls Not Brides.

Yet the Marriage Act clashed with the constitution’s new provisions by allowing girls as young as 16 to marry with the consent of their parents.

Since her legal victory, Tsopodzi has continued her activism, as an ambassador for Roots.

Ruvimbo also highlights the importance of education for girls, and the need for young women to take control of their own destinies. She told SAfAIDS: “I would like to urge young girls to protect themselves and value education, without education there is no life.”

“Girl child, protect yourself,” she said. “If you don’t your life is doomed.”

Beatrice Savadye, a member of Roots and Ruvimbo’s mentor, reaffirmed the importance of communities coming together to act collectively, and how grassroots action can create a ripple effect reaching policy-makers, national laws, and beyond.

She said: “Let’s work together as Zimbabweans in ending child marriages, so that the girl child can have a healthy life today and tomorrow.” 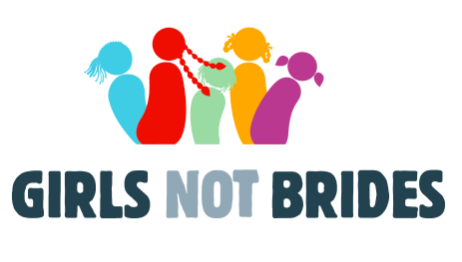