This App Is Ending Hunger and Food Waste in Austin

It’s a concept that can spread to anywhere. 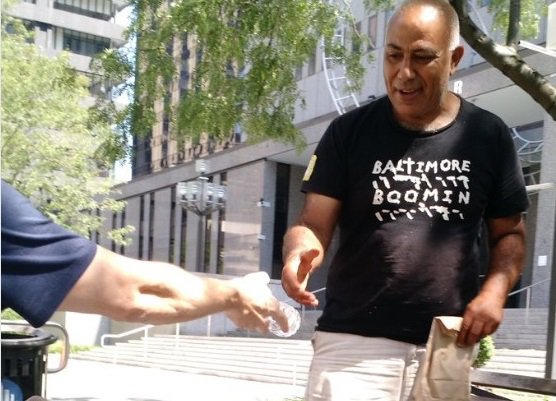 In Austin, Texas, a new app by the nonprofit Unsung is looking to eliminate food waste by feeding the hungry.

Basically, restaurants, caterers, and anyone with food can sign up on the app and declare when they have edible, leftover food that would otherwise be thrown out.

Then a volunteer nearby is notified, picks up the food, and delivers it to a preselected homeless population. The process was recently made more efficient with the help of a local ride-service company called Arcade City — now drivers can elect to join and speed things up.

There’s also a gaming element that allows volunteers to accrue points for their charitable work, and all transactions are visible to anyone using the app to foster a sense of community.

In the US, the problem of hunger stems from economics as well as distribution and waste.

Around 49 million Americans can’t afford to always buy food for themselves and their families and, as a result, go through life in a perpetual state of hunger.

Meanwhile, an estimated $750 billion worth of food is wasted each year around the world. Perfectly good food is either chucked before it hits the market because it doesn’t meet aesthetic standards, or it gets tossed by grocery stores rotating their wares, restaurants that have leftover meals, or families that bought too much.

Read more: The Dumb Reason Half of US Produce Is Tossed Out

If all this food was tracked and rerouted to people in need, hunger would no longer be a problem in the US.

And pioneering nonprofits and startups are trying to do just that.

The team in Austin has delivered more than 1,000 meals and, with each volunteer who joins and business that tweaks its business model, a movement is growing. People are excited to put an end to waste, but they’re more excited to see hungry people getting fed.

If the system keeps expanding then hunger in Austin could be a thing of the past.

Unsung isn’t the only group looking to combat hunger in new ways. All across the world, people are bothered by the reality of waste and hunger living side-by-side and they’re changing the status quo.

In Paris, stores have been putting stickers on their windows to indicate free meals, bathrooms, and other services for homeless people, refugees, and others in need.

In New York, an app called Transfernation has a similar model to Unsung and already has a large following.

And then there’s SpolerAlert in Boston that saved more than 10,000 pounds of food in its pilot year.

If apps like these become widespread, the whole concept of delivering leftover food to people in need could become routine. Restaurants, caterers, and grocery stores will set aside extra food and charitable volunteers will help get it to people in need. And as the movement gains popularity, more efficient models will no doubt emerge.

As Transfernation co-founder Samir Goal told Global Citizen, “Hunger, in many ways is a man-made problem as we currently waste more than enough food to end hunger. While, there is no one size fits all solution we all have a role to play in solving this challenge. It is the first time in human history where we can have meaningful dialogue on ending global social challenges and as a result no contribution is insignificant.”