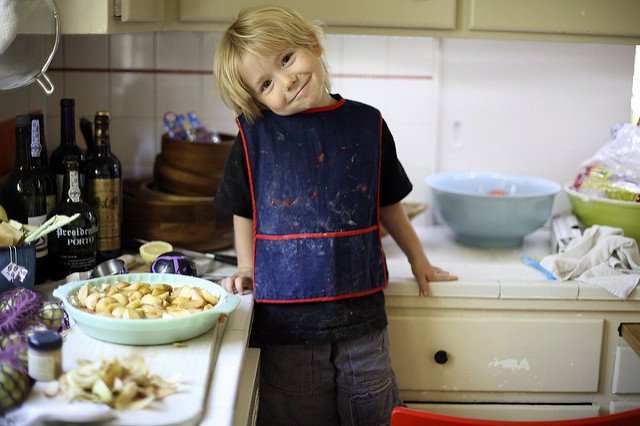 Approximately 2.8 trillion pounds of food are wasted or lost around the world each year — an estimated 100 million tons comes from just the EU.

Food is wasted for several reasons, but 43% of food waste comes just from homes, due to inefficient grocery shopping and cooking. In fact, the Waste and Resources Action Programme, a UK-based organization, estimates that UK households throw out close to $16 billion worth of food every year because children have not learned to cook at school.

Food is often wasted because it is “ugly” — meaning that it has blemishes or a lack of uniformity. Farmers and retailers often dispose of foods that they think consumers will find too ugly to take home. But consumers and restaurants waste more food, purchasing more than they can cook or eat before it spoils.

Liz Goodwin, the former chief executive of the Waste and Resources Action Programme, said “... not teaching children how to cook will undoubtedly contribute [to food waste].” She explains that when cooking lessons and home economics classes were part of curriculi, children formed an early relationship with food and cooking. They would learn how to determine when food was truly no longer useable and did not need to rely on overly cautious use-by labels.

But these courses have fallen out of fashion. One study of secondary school programs in the US found that enrollment in home economics classes has fallen 38% in the last 10 years — perhaps because the term “home economics” brings to mind 1950s housewives in a tizzy over Betty Crocker’s new cake mix. That’s probably because the home economics and cooking classes of the past were intended to groom women to be good wives and cooks for their husbands.

Michelle Obama has recommended reinstituting the classes, but giving them a new name, as a means of tackling childhood obesity; however, encouraging healthy eating isn’t their only benefit. “We can’t call it Home Ec because that’s got a bad connotation. But something like that for young men and young women that allows them … the tools they need to survive nutritionally, economically, financially. No kids are getting that anymore,” she said.

The skills learned in these courses are important life skills and these kinds of classes don’t have to be inherently sexist. Cooking classes in schools could teach children how to use fresh produce and how to determine what is still edible and what is not.

Getting children involved in cooking early teaches them the value of cooking and of food, which can encourage them not to waste something that they’ve been taught is a valuable resource in the future. By learning to cook at home more efficiently, we take steps toward reducing food waste globally.