Most of the victims were women.

They came to town in search of food. Some never left.

At least 15 people died and five were injured Sunday after a food aid “stampede” erupted in the coastal town of Sidi Boulaalam, Morocco, not far from the tourist destination of Essaouira, Reuters reports.

Take Action: Will France Step Up on the UN’s Famine Appeal?

An estimated 800-1,000 people — most of whom were women — gathered to collect food aid worth about $16 dollars per portion, which was being handed out by a wealthy man in the area at a local market called a “souk,” France 24 and ABC News reported.

The Reuters report notes that some of the women were crushed to death as the crowds stormed an iron barrier leading to the food market.

"The local authorities on the spot were overwhelmed,” an anonymous witness told AFP. “Even when there were people on the ground, people kept fighting for food.”

Many Moroccans currently face food insecurity and a lack of adequate drinking water in the wake of a severe two-year drought that has devastated wheat and barley production, the Washington Post reports.

In Morocco, nearly 20% of rural residents live below the poverty line, even despite the overall poverty rate being cut in half between 2007 and 2014, according to World Bank statistics.

Access to water and sanitation services is also limited in some rural regions.

In Beni Mellal and Zagora, two regions that abut the Sahara desert, protesters set up an area called the “Thirst Zone” in protest of the lack of potable water available in the region, according to RFI Afrique. 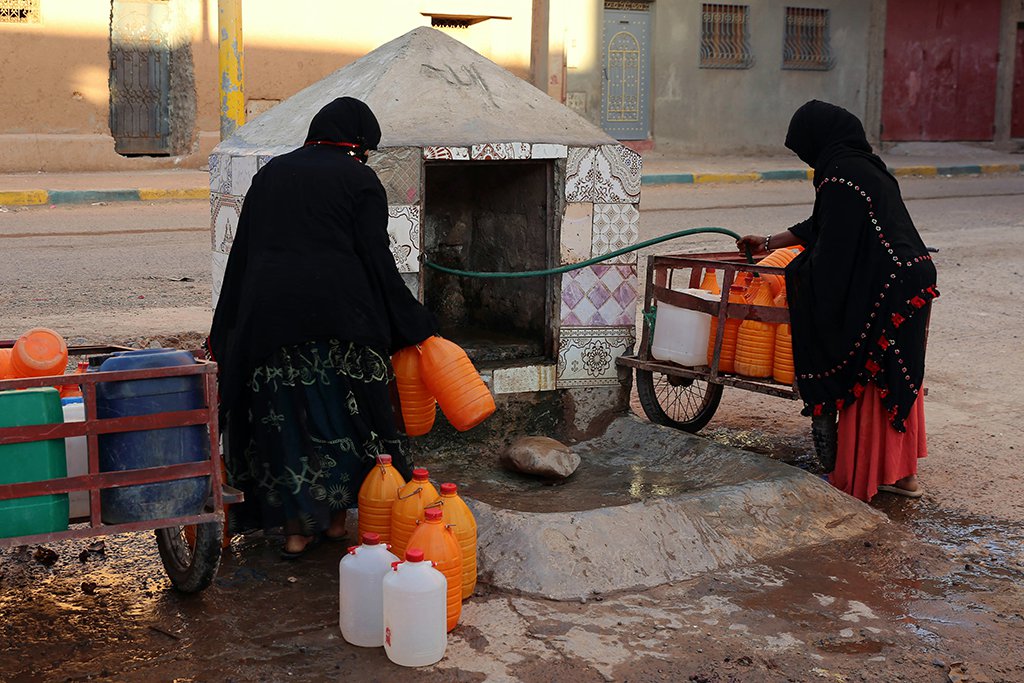 Global Citizen campaigns on the Global Goals for Sustainable Development, which includes goal number two: zero hunger. Join us in calling on the French government to provide lifesaving funds for individuals suffering from hunger in Nigeria, Somalia, South Sudan, and Yemen by taking action here.

Read More: Morocco Is Debating Anti-Harassment Laws, Here’s Why That Might Not Be Enough

In the immediate aftermath of the stampede, the country’s ruler, King Mohammed VI, has pledged to pay for the damages to the families of the stampede victims. Mohammed has also  recently called on Parliament to reassess its anti-poverty development plans, saying the initiatives are “unfit” to deliver appropriate services to Moroccans.

According to a statement from the king, “all measures [will] be taken to help the victims and their families.”