Human trafficking is the world’s fastest growing means by which people are enslaved. 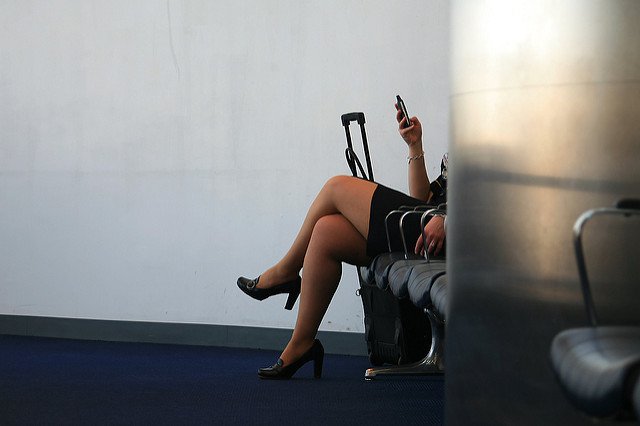 Flight attendants have the power to halt human trafficking if airlines make awareness a priority, according to the United Nations.

Sheila Fedrick, an Alaska Airline flight attendant, identified and helped rescue a human trafficking victim on a Seattle-San Francisco in 2011 flight by leaving a note in the bathroom, she told BBC. The note asked if she needed help and the girl said that she did, so Fredrick told the pilot who then contacted the authorities, she told NBC.

Fedrick acted on her intuition, she said. But with training Fedrick believes that she could have helped more victims of human trafficking over the past 10 years of her career as a flight attendant.

Now, the UN agency on Drugs and Crime (UNODC), which encompasses advocacy to combat human trafficking is asking all airlines to commit to raising awareness, training staff, and helping to counter the world’s fastest growing means by which people are enslaved.

They are asking airlines train staff to recognize signs of trafficking and pass out information to passengers with advice about how to handle potential trafficking situations, the Guardian reports. Airline Ambassadors a non-profit that works with airport staff to take action against human trafficking recommends engaging in pleasant conversation and avoid direct confrontation, which could put victims at risk of threats or violence.

Over 21 million people in the world are victims of human trafficking according to the International Labor Organization. An astounding 80% of those trafficked across international borders are girls.

Often, trafficking criminal offenses go unnoticed by society, according to the UN agency. That’s part of why their mission is to raise awareness on the topic.

“We want ... airlines to join our campaigns and our initiatives in order to make human trafficking and migrant smuggling visible," Felipe De La Torre, a program management officer at the UN agency for Drugs and Crime told Reuters.

The UN agency said in a statement on Thursday at the 73rd annual International Air Transport Association that airlines are perfectly poised to combat invisible migrant smuggling and trafficking.

Airlines have not yet said whether they will commit to train all employees on human trafficking, and running an airline is expensive. Ultimately it will be up to the company to decide where to place their resources.

Torre also shared tips that anyone can use to consider whether a situation might be indicative of human trafficking.

“One typical sign is when you see next to you an old guy with a young child and you can identify that they don’t have any emotional connection. You can see he’s not the grandfather. Or, a mother who doesn’t know how to handle the baby chair,” he said. “Of course not all these things are human trafficking but at least passengers should be open to identifying suspicious situations.”

The illicit market of human trafficking rakes in $31 million annually. Criminals target vulnerable people like the world’s 65.5 million displaced by coercing them into forced labor and sex work, according to the UN agency.

Currently, 70,000 US airline staff have received training to identify and take action against human trafficking.

Several airlines, including Delta and JetBlue, already require staff to undergo trafficking training through programs like Airline Ambassadors and the Blue Lightning Initiative.

“It’s a dark topic in society,” Allison Ausband, a representative from Delta said. “Not everyone wants to get involved. But we do. Our global reach is huge, and we have huge opportunities to get our employees and our customers on board.”

The UN agency hopes to motivate other major airlines to see the benefits of investing in anti-trafficking programs for employees too.