A study found that 88% of ingested plastics were from synthetic fibres.

Why Global Citizens Should Care
Plastic pollution has become a huge issue in terms of the damage it’s causing to the natural world. The UN’s Global Goals call for action in protecting life on land and life below water, as well as action to drive responsible consumption and production. Join us by taking action here to combat plastic waste.

More than a quarter of fish in the Thames Estuary have eaten plastic, according to a study published in the Marine Pollution Bulletin this month.

A total of 876 fish and shrimp were examined in both the Thames Estuary and the Firth of Clyde, in Scotland, and were found to have an average of 3.2 pieces of plastic in their guts.

Small plastic fibres such as nylon and polyester made up 88% of the discoveries, suggesting that clothing could be partly to blame for the pollution.

Take Action: Commit to Reduce Your Plastic Waste and #UnplasticThePlanet

“Plastic fibres are filtered out in wastewater treatment plants, but the sheer volume means that some will inevitably pass through, ending up in rivers and oceans," McGoran said.

Once in the environment, microplastics like those fibres do not biodegrade, but rather break down into smaller pieces that persist in the aquatic environment and can end up in the food chain. 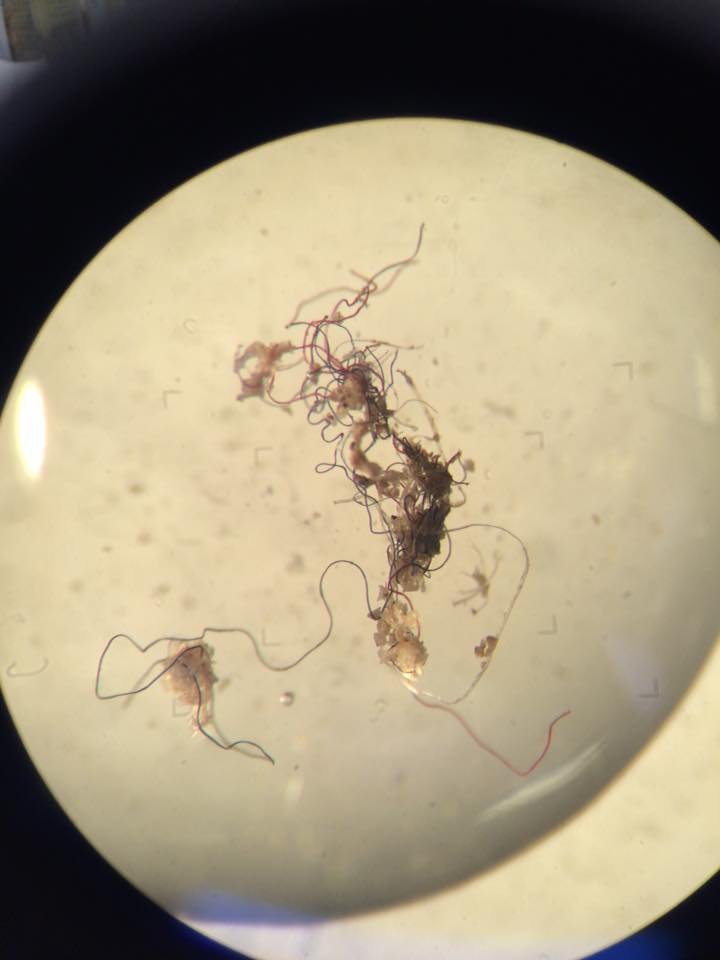 A study published earlier this month found that microplastics are in over 90% of table salt brands; meanwhile, research published last Tuesday found microplastics in the faeces of everyone involved in the study, and scientists speculated it could have come from fish or plastic packaging.

McGoran said she hoped the study would raise awareness about the invisible contribution Londoners could be making to plastic pollution in the Thames through their synthetic clothing — besides polyester and nylon, other common synthetic fibres include acrylic and spandex.

“It might help if we could switch to organic clothing,” she said. “It would make a difference if people asked themselves in shops, 'Do I need to use this, or could I use an organic cloth?'”

“We’re just not told this is a big deal, and labels are often hidden inside clothing where no one looks," she added.

A green fibre found in a Thornback Ray. Alexandra McGoran

McGoran explained, however, that it would be extremely difficult to exclusively choose organic fibres — such as cotton, linen, and hemp — and that the over-consumption of these materials could put pressure on water resources where they are grown.

Besides clothing, polyester is also a major component of wet wipes. The throw-away products are often flushed down toilets in the British capital and can end up in the city’s waterways.

Indeed, wet wipes are behind over 93% of all blockages in British sewers, according to Water UK, the trade body behind all of the country’s water and sewage companies, and cost over £100 million to remove every year.

In April, citizen science charity Thames21 found 5,000 wet wipes on a stretch of riverbank half the size of a tennis court. Now, it looks like Britain might even ban wet wipes to help cut down on plastic waste.

Related Stories Oct. 18, 2018 Over 90% of Table Salt Brands Contain Microplastics: Report June 8, 2017 9 Shocking Facts About How Much Plastic Is In Our Oceans

The Thames is home to 112 species of fish and the study investigated 21 of these for plastic consumption.

Of the 21 species — including flounder, whiting, dab, pouting, lesser-spotted dogfish, and shrimp — 14 were found with plastic in their guts.

Significantly more fish in the Firth of Clyde were found with plastic in their bodies: 39%, compared with 28% in the Thames Estuary. The amount of plastic ingested by fish was the same across the two sites. 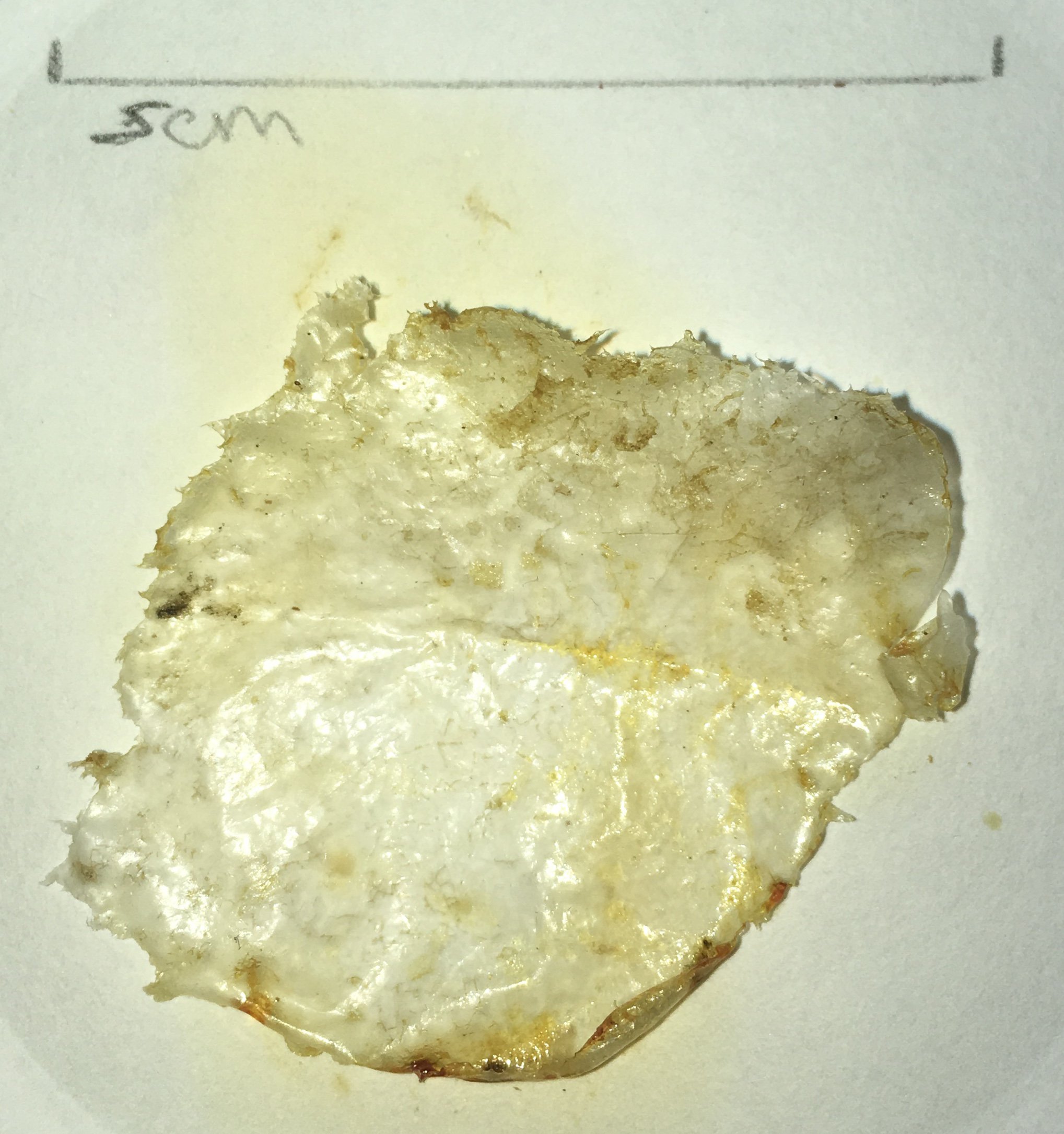 Other types of plastic were also found, such as this piece of film from a spiny dogfish. Alexandra McGoran

McGoran said she became interested in plastic after one of her supervisors Dr Paul Clark — a researcher at the Natural History Museum — conducted a study into eel and mitten crabs in the Thames.

After submerging nets for a three-month period in 2012 to catch specimens, Dr Clark instead found 8,490 pieces of plastic.

McGoran said her team were the first group to specifically study plastic ingestion in the Thames.

"The problem of plastic has only just been recognised," she said. "It’s always been there, just no one has seen it.”

Her PhD will examine microplastics in the food chain using specimens from the Thames Estuary.