Up to 10 refugee athletes could join the Olympics this summer. 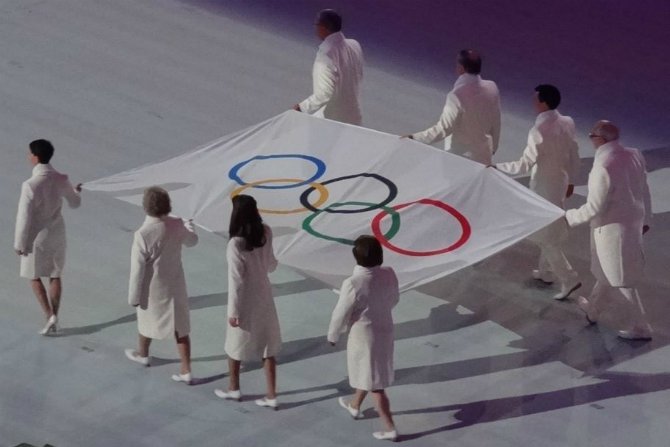 For the first time in history, the Olympics will have a team made up entirely of refugees.

The International Olympic Committee (IOC) announced on Wednesday the creation of a “Team Refugee Olympic Athletes.”

Previously, the IOC has stepped up to support refugees by donating $2 million USD for sports projects helping refugees. And during this year’s Olympic torch journey, a refugee will also take part in carrying the torch through a refugee camp in Athens, Greece.

Except for the fact that they aren’t representing any country, the refugee team will be like any other team at the Olympics. In the Opening Ceremony, they will be marching behind the Olympic flag in front of the host team, Brazil.

Representing refugees at the Olympics is a great way to bring attention to the humanitarian crisis during the world’s most high-profile sporting event. In their statement, IOC President Thomas Bach said:

Amongst the more than 20 million refugees, the IOC has found 43 displaced athletes who are potentially eligible for the team and up to 10 will actually be competing.

Possible contenders include Ysra Mardini, a Syrian swimmer and refugee who swam three hours through freezing water to reach Lesbos, the Greek island where thousands of refugees await to find asylum in Europe.

Mardini now lives in Germany with her sister, and while she can’t compete for her native country, her participation in the Olympics can give a positive face to the millions of refugees whose struggles go unnoticed.

The athletes chosen for the team will be announced at the next IOC executive meeting in June. Despite all the issues that have plagued the Rio games, from polluted waterways to the Zika virus, the creation of an Olympic refugee team is something to be celebrated.