The First Paper Straw Factory Is Scheduled to Open in Britain

The reign of plastic straws appears to be nearing an end.

When McDonald’s announced that it would be banning plastic straws in all 1,361 of its United Kingdom locations, the company faced one glaring obstacle — there were no UK-based suppliers that made alternative straws at an industrial scale.

But savvy industry insiders soon convened, according to the Guardian, and now the first plastic straw factory in the country will be operating in September.

“We spotted a huge opportunity, and we went for it,” Mark Varney, sales and marketing director of the newly created paper straw manufacturer Transcend Packaging, told the Guardian. “When the BBC’s Blue Planet II was on the telly and the government started talking about the dangers of plastic straws, we saw a niche in the market.”

The company is now waiting on a delivery of machinery from China, the Guardian reports.

Varney said that in the past, the lack of paper straw factories has prevented other brands from phasing out plastic straws, and he expects the new facility to motivate other companies to follow McDonald’s lead.

“It is great that all these businesses are phasing out plastic straws, but the problem for them was where to get paper ones from,” he told the Guardian. “Everyone is having to import them from China, and when you look at the carbon footprint of that it kind of defeats the exercise.”

Read More: Why You Should Probably Never Use a Plastic Straw Again

Transcend currently employs 20 people, but plans to expand to more than 200 workers in 2019 when production increases, according to the Guardian.

By that time, the company could be supplying other multinational companies.

That’s because in recent years the movement against plastic straws has gained significant momentum as people become more aware of the scale of plastic pollution around the world. 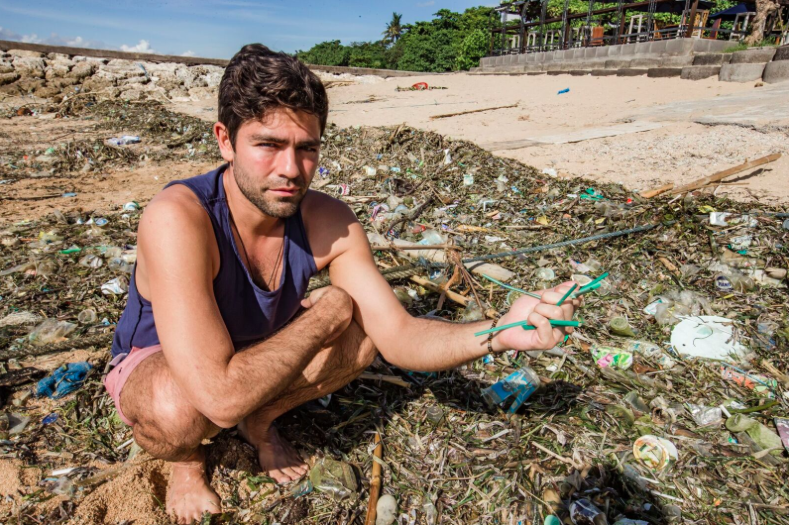 While plastic straws make up only a fraction of overall plastic waste, they’re a useful starting point, according to the nonprofit Lonely Whale, which launched the campaign #StopSucking to get companies to get find straw alternatives.

Read More: 7 Eco-Friendly Alternatives to Plastic Straws to Help Save the Oceans

Since plastic straws are a convenience for most people, businesses can stop automatically giving them out with beverage orders, according to Lonely Whale. For people with disabilities who need straws or people who prefer straws, sustainable alternatives can be provided upon request.

In the US, 500 million plastic straws are used each day and there are more than 14,000 McDonald’s locations. If the fast-food chain brought its UK policy to the states, it could theoretically increase its impact by a factor of 10.

Global CItizen campaigns to end the production of single-use plastics and you can take action on this issue here.