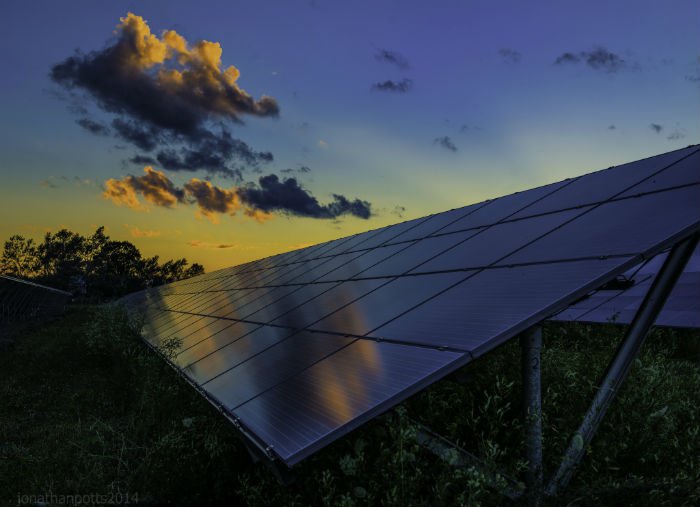 The community, which sits on one of the largest oil sands in Canada, northeast of Edmonton, announced on Monday that it will make a significant investment in solar panels this fall to move toward a “lower-carbon economy.”

"Cold Lake First Nation is proud to begin a journey towards a lower-carbon economy in partnership with the province. All levels of government have a duty to protect the lands under the treaty," Chief Bernice Marshall told CBC.

Funding will be provided in part through the Alberta government's Indigenous solar program. The government will provide $200,000 and the First Nation will provide $50,000 to install solar panels on five buildings.

Marshall said that elders recommended council to make the change after noticing environmental changes. The community is still dealing with the harmful effects caused by a Canadian Natural Resources Ltd. oil spill from 2013.

"[After the spill] our elders were talking to us, they want us to slow down on what we're doing and try to find other ways of creating sources of revenue," Marshall said. "Climate change threatens our lands, water, fish, plants and ultimately our entire livelihood, and we must all come together to solve the problem."

The solar panels are expected to reduce greenhouse gas emissions by more than 1,305 tonnes. Over 25 years, the project could save the community almost $150,000 on utility bills, according to CBC.

Alberta Indigenous Relations Minister Richard Feehan said the project works towards the implementation of the United Nations Declaration on the Rights of Indigenous People.

"A fundamental principle of UNDRIP is that First Nations should be at every table. Whether it's solar programs [or others that affect them]. This is our commitment in this area where we have deep shared values and that's the preservation of the earth, the air and water," Feehan told CBC.

Read More: This Big Bank Will Run Entirely on Renewable Energy by 2020

This is one part of a $35-million commitment put forth by Alberta in 2016 that aims to help Indigenous communities move towards a greener economy.

Marshall wants the CLFN community to showcase leadership in the solar industry. She said the band would like to install solar panels on members’ homes, but they plan to makes changes one at a time.

"I'm always looking towards tomorrow for my community. I don't want us to be left out in the cold anymore saying we should've took this program or that program. So we decided to do it," she said.