History was made in Australian Parliament 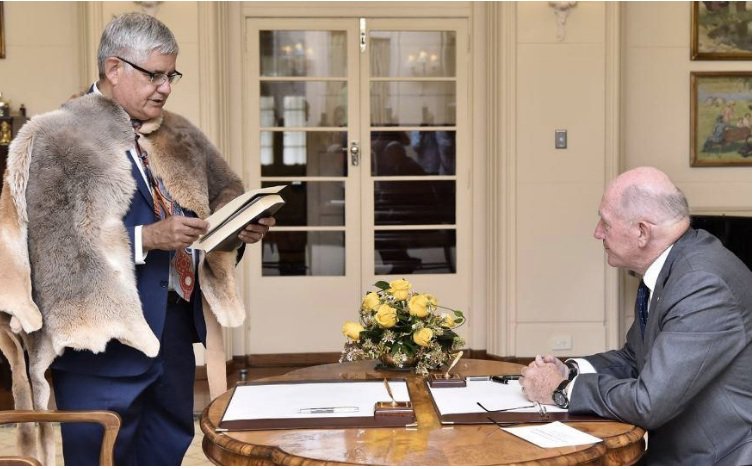 His promotion to minister is part of Prime Minister Malcolm Turnbull’s fourth reshuffle since taking office 18 months ago.

As a former director of Aboriginal Health in the health departments in New South Wales and Western Australia, Wyatt brings with him a wealth of experience and knowledge.

In an interview with the National Indigenous Times (NIT), Wyatt said: “In the health system, what I want to see is everybody owning and being responsible for the health of Aboriginal and Torres Strait Islander people on a basis equal to that of any other Australian who goes into any health facility for support, help or a service.”

He also stated that he wanted to see a targeted approach for tackling mental health issues and suicide rates in Indigenous young people.

A new report — Australian Youth Development Index — recently showed that rates of suicide among Aboriginal and Torres Strait Islander males aged 25-29 were the highest in the world.

Wyatt also hopes to see more Indigenous people becoming health care professionals, from doctors and midwives, to pharmacists and psychologists. He also wants the government to work alongside communities to find solutions rather than taking a top down approach of implementing strategies and expecting communities to follow.

His new appointment is definitely an inspiring one. He told NIT, “I think one legacy that is already showing itself is the number of young aboriginal people who have said to me ‘Uncle, how do I get to be a member of Parliament? What do I have to do?’ And I’ve had plenty of young people ask that.”

In September last year, another indigenous MP made history. Linda Burney was the first indigenous female to be elected into the House of Representatives. During her maiden speech in Parliament, the Labor MP wore a special kangaroo skin cloak and invited Lynette Riley, a Wiradjuri woman, to sing a traditional song from the public gallery.

Burney described the history of Aboriginal people and acknowledged the traditional owners of the land when she said; “these lands are, always were, and always will be Aboriginal land”.

During her speech she also recalled the most remarkable moment of her life, which happened to occur in Parliament. It was the moment that former Prime Minister Kevin Rudd made the apology for the stolen generation in 2008.

“Our nation had been holding its breath for a long time waiting for three words — ‘we are sorry’.”

Her federal seat of Barton is named after Edmund Barton who first introduced the White Australia policy. She remarked at the irony of how it is now one of the nation’s most multicultural seats.

As a way of encouraging Indigenous youth she said, “If I can stand in this place, so can they — never let anyone tell you, you are limited by anything.”