Igniting change from within. 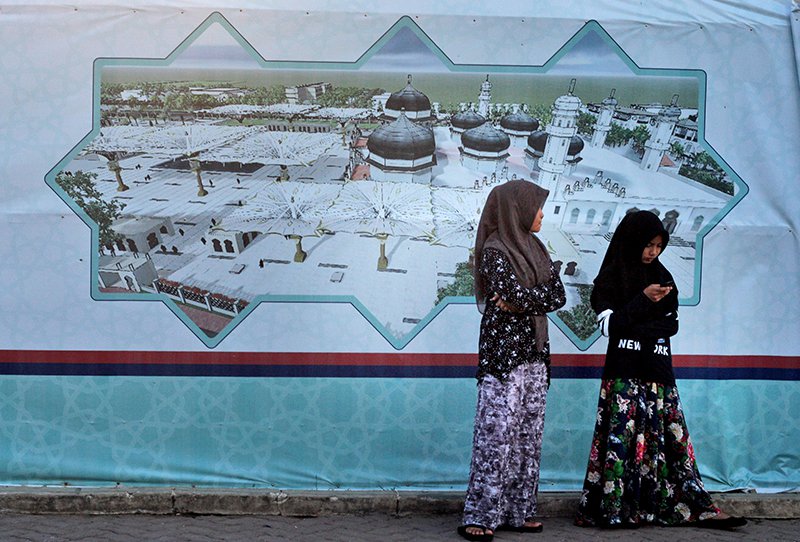 A group of female Islamic clerics in Indonesia made a historic pronouncement Thursday when they issued a fatwa against child marriage.

The nonbinding legal opinion carries enormous weight in the religion, and could send a global message that child marriage and marital rape have no place in Muslim communities.

This is believed to be the first major gathering of female Muslim clerics, according to the BBC, and the largest.

The religious ruling came during the first-ever gathering of the Indonesian Women's Ulama Congress, held in Cirebon on Java Island from April 25-27.

Attendees of the congress were primarily from Indonesia, however, some had come from Pakistan, Saudi Arabia, and India to convene on discussions around Islamic law.

The fatwa was issued by seven female clerics (religious scholars).

Yes, women are allowed to be clerics in Islamic religion. Most clerics are male, and Indonesia’s most influential council on Islamic affairs, the Indonesian Ulema Council (MUI) is dominated by men who rarely discuss issues affecting women. That’s why a fatwa on the topics of child marriage, marital rape, and sexual violence against women is unprecedented in the community.

The voices of the female clerics are carrying action too.

“I will take this recommendation to the government. This congress succeeded in fighting for justice in the relationship between men and women,” Lukman Hakim Saifuddin, Indonesia's religious affairs minister, said.

In the fatwa, the clerics called child marriage “harmful,” saying that ending the practice is mandatory. The religious leaders also issued rulings based on Islamic law against sexual violence, abuse against women, marital rape, and environmental degradation.

A fatwa is comparable to a ruling from a high or Supreme Court within Islam and its impact on cultural change can be as important as a government ruling. The rulings are based on Islamic law and include information and evidence.

They based the rulings on the Quran, the Indonesian constitution, and included international legal references.

"Female clerics know the issues and obstacles women face, we can take action and not just wait for the government to protect these children," Ninik Rahayu, who organized the conference, told Reuters.

Through the fatwa, these clerics disseminate the notion that Islam is against child marriage.

“Some in our religion think girls can get married once they are able to reproduce, but marriage is not just about physical maturity. It’s also about intellectual and spiritual maturity,” Pak Abdul, said at a UNICEF event on child marriage in Jakarta, Indonesia in 2015.

Read More: Teens in Bangladesh are Bringing Child Marriage to an End – One Door at a Time

“We can only have a strong generation of Indonesians if all mothers are educated. Every girl must have the opportunity to complete her education,” he continued.

But today, the fatwas issued at Women’s Ulama Congress give hope that both men and women in Islam are coming together in Indonesia.