9 Groups Making It Easier for Women to Be Coders

Fixing the future one programmer at a time.

The gender disparity in the tech world is fueled by a lot of things — but it by no means exists because men are better at coding. As the industry expands and more jobs open up, companies are beginning to realize that they’re suffering from a lack of diversity. People from different backgrounds offer different perspectives, approach problems differently, and spark innovation in different ways.

To make sure tech’s future isn’t as monolithic as its present, companies are investing in diversity programs that are making some tangible improvements. More importantly, organizations are sprouting up to help empower women will the skills they need to succeed as coders.

The 24-year old fashion model Karlie Kloss is using her fame to propel the next generation of women into coding. Her non-profit Kode with Klossy holds summer camps for teenage girls to teach coding basics and provides full scholarships to aspiring coders. Through a range of partnerships, Kode with Klossy creates a pipeline from idea to career.

Wear a tee for a cause - purchase of Like A Kloss tee supports Express' donation to #KodeWithKlossy. pic.twitter.com/QdJ0QFuAwr

Girls Develop It is a network for adult women looking to hone their coding skills, discover new opportunities, or enter a new career. Boasting more than 55,000 members in 53 cities across the US, Girls Develop It is a powerful force for equal representation in the tech world, with special emphasis on class and race. The larger the group grows, the more leverage its members have when looking for new jobs or raises.

Code2040 looks to tackle both the gender and racial divide in tech, an industry that favors those who come a privileged background. The fact remains that wealthier people are significantly more likely to be exposed to computer programming than poor people. Since poverty in the US often comes down to race, wWhite and Asian coders significantly outnumber other groups. As Code2040 states, “Our goal is to ensure that by the year 2040 - when the US will be majority-minority - Blacks and Latino/as are proportionally represented in America's innovation economy as technologists, investors, thought leaders, and entrepreneurs.”

Running into @CODE2040 fam on the street is the very best!! pic.twitter.com/YToxBkWVzE

Women Who Code has a global perspective. It aims to enable women from around the world to connect with one another, pursue careers in tech, and being thought leaders. Their message is clear and simple: diversity pays. People from different backgrounds bring different perspectives, and this enhances productivity, innovation, and work culture. Companies with more women in management position have a 34% higher return on investment than companies with fewer women.

Rails Bridge started to introduce more women to the Ruby coding language. In 2009, 97% of Ruby coders in San Francisco were men. To explain the huge gender disparity, many people just said that there weren’t many female coders out there. But when Rails Bridge held its first Ruby workshop, it was inundated with applicants. Today, they continue their work of increasing diversity in San Francisco and beyond by offering free weekend workshops.

Django Girls is a mass movement of volunteers that helps girls and go further in coding regardless of their proficiency. Workshops are held across the world, during which 30-60 women build their first web application using HTML, CSS, Python and Django. So far, Django Girls have held events in 164 cities in 63 countries. There are also countless networking events for women to learn the ins-and-outs of the industry and plenty of resources online. 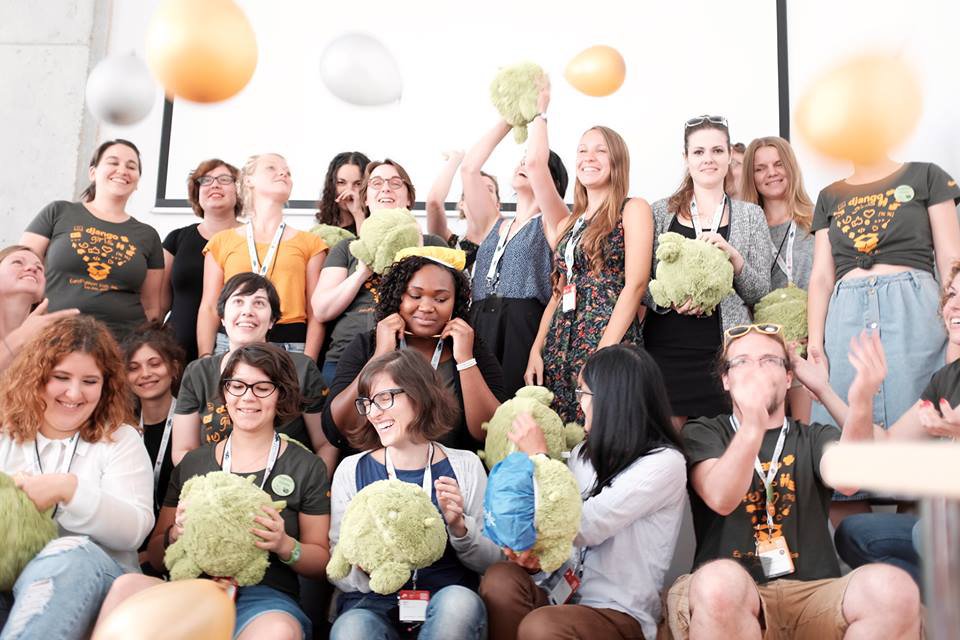 Black Girls Code focuses on girls of color ages 7-17 to create a large groundswell movement that changes communities and transforms the tech industry in the years ahead. Through community outreach, the organization creates workshops and after-school programs that enroll hundreds of girls in California to teach basic and advanced coding skills.

Write/Speak/Code looks to increase the visibility of female coders by vetting and training conference speakers and open source contributors. The group hosts numerous conferences throughout the year where women can share their thoughts and stand out. Helping women rise to leadership roles clears space for girls in the future.

Based in the heart of the US tech world, Women of Silicon Valley profiles women programmers Humans of New York-style. Each profile illuminates the challenges, opportunities, wins, losses, and everyday realities of the tech world. Together, the profiles normalize the idea of women in tech and make aspiring female coders comfortable with pursuing a career.

Building on the legacy of the first CHIMEHACK in 2013 and CHIMEHACK 2 in 2015, CHIME FOR CHANGE, Global Citizen, and Facebook are hosting CHIMEHACK 3, with support from Kleiner Perkins Caufield & Byers. The two-day hackathon at Facebook’s headquarters will bring together hackers, particularly focusing on female hackers, along with issue experts and non-profit leaders to create tech-driven solutions focused on gender equality. CHIMEHACK 3 will celebrate the power of women in technology and will identify ways for disruptive technology to advance solutions for reporting and reducing violence against women. More information and registration is available here.