How one professional baseball player from Venezuela gives back

A look at positive impact on and off the field for MLB Opening Day. 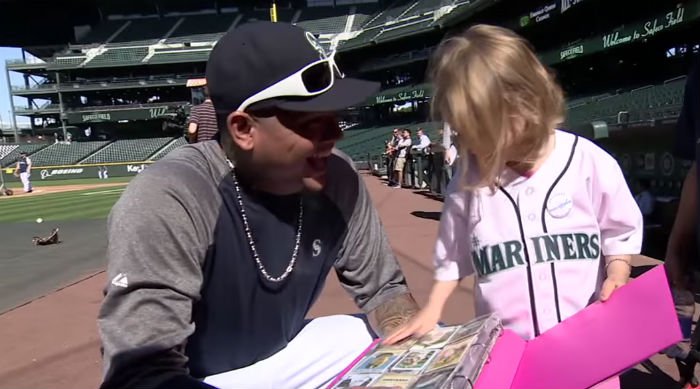 As NCAA March Madness comes to a close, baseball season is upon global citizens in the US. Sunday, April 3rd is opening day for US Major League Baseball and the players involved are much more global than you might think.

Baseball may be America’s pastime yet other countries produce many of the biggest MLB stars.

Did you know more than one quarter of MLB players were born outside the US? The majority of MLBers born outside the US are from the Dominican Republic and Venezuela. To learn more about the connection between baseball and Latin America check stay tuned for an explainer from Joe McCarthy.

Growing up with a global perspective many of these talented athletes deserve cheers both on and off the field.

One such MLB star who comes to mind is Félix Hernández, pitcher for the Seattle Mariners. Which may in part be because I am a Mariners fan…

Hernández (also known as “King Félix”) grew up in Venezuela. His father owned a small trucking company and was a baseball enthusiast. Félix and his brothers practiced and played the great American* sport together from an early age. *(Reminder: Venezuela is “American” as it is in South America. Baseball in many ways is truly “American” because of its popularity across North and South America.) By the time Félix was just 13-years-old he could throw a baseball over 90 mph.

At fourteen, he was scouted by the Seattle Mariners while pitching at a tournament in Maracaibo, Venezuela. Legally, MLB players must be at least sixteen years old to join the league. So for two years Félix’s father made sure he finished high school before he considered offers from the New York Yankees, Atlanta Braves, Houston Astros and Seattle Mariners. Once he turned sixteen, he signed with the Mariners.

Since then Félix has set quite a few records -- such as pitching the 23rd perfect game in baseball history and receiving the Cy Young Award for best pitcher in 2010. In all this, his work off the field is just as noteworthy.

“King Félix” was nominated for another award known as the Roberto Clemente Award. This award recognizes MLB players for their community involvement, and positive contribution both on and off the field.

Félix works closely with youth in the Seattle area promoting the power of education. He is also a voice for the Refuse to Abuse campaign which raises awareness to prevent domestic violence toward women -- an issue ignored by male sports leagues in the US for too long. He’s also spent time with children facing life-threatening illness through the Make-A-Wish Foundation.

Hernández may be known as King Félix, but he’s not too pompous to play in the dirt and eat corn dogs with four-year-old Sophia who asked Make-A-Wish for the chance to meet the MLB star. Check out the video below to see their day together.

Félix is just one example of many MLB players who create positive ripples in their communities and beyond.

We at Global Citizen look forward to the beginning of Spring, sports and being able to cheer on inspirational athletes this year on and off the field.