Fadumo Dayib, Running for President in Somalia: ‘Death Does Not Scare Me’

“We matter, our voices matter.” 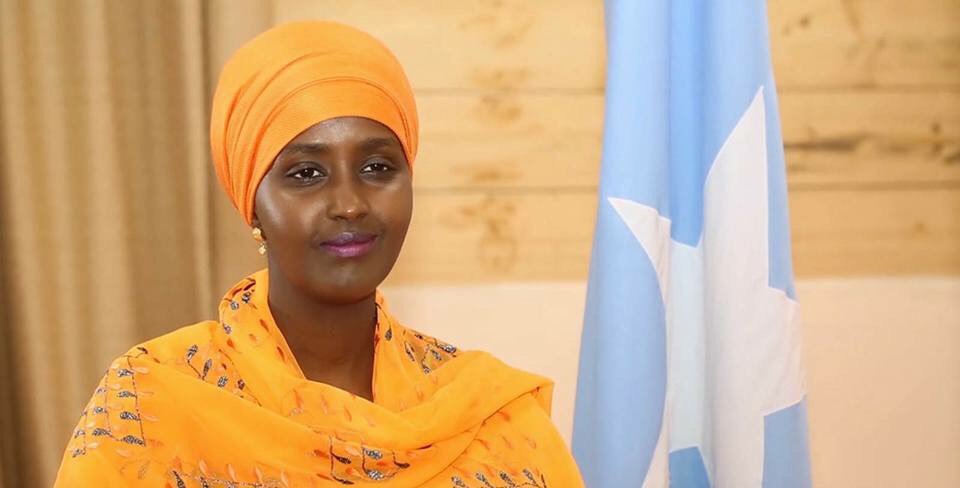 When Fadumo Dayib arrives in the capital of Somalia, Mogadishu, people in the street greet her with the words, “Madame President.”

But Dayib isn’t the country’s leader; in fact, though she’s running for the top job in the country of her birth, the 44-year-old refugee can’t even safely live in Somalia while running for election.

Dayib and her family fled Somalia 26 years ago and eventually settled in Finland, where she studied (earning three Master’s degrees, one of them from Harvard; now she is working toward a PhD), got married, and had four children. Dayib worked as nurse and in health policy with the United Nations in Somalia, but still there was more she wanted to do for her country.

And so this year she moved back, setting up homes in both Somalia and in Nairobi, Kenya, where she said she can live without facing violent threats. She has been a vocal critic of Somalia’s incumbent government’s decision to replace this year’s promised democratic election with a parliamentary selection process, in which the new leader will be chosen by parliament, and of the country’s human rights violations, corruption, patriarchy, and its power-sharing system among 4.5 clans.

The selection has been pushed back three times already, most recently from Nov. 30 until at least January, which Dayib says gives the government — rife with corruption — more time to rig the selection and decide who will win.

Global Citizen had a chance to talk with Dayib at length about what she wants to accomplish with her run, the importance of democratic elections, and the challenges she faces every day.

Global Citizen: If you think you are going to lose the election, and it keeps getting postponed, why do you continue to run?

It is too early to predict the future. What I’m saying is we have entities that are very corrupt and rigging the system and we must speak about this. It’s a concern that is shared by all the candidates except the incumbent and Prime Minister, and we really feel we are competing against entities using state resources to fund their campaign. If we don’t shed light on this we would be doing a disservice to the 12 million Somalis who have been deprived of their democratic election and who have not had a chance to vote for the past 48 years.

There is no point in running in a race that is already rigged. That is very similar to being told to get into a boxing ring with a much bigger, well-fed opponent and then tie your hands behind your back and tell you to fight. This is what the so-called selections amount to in Somalia, so either we make this a fair process and level the playing field or we make it explicit that we want the current incumbent to come back. I don’t understand why the irregularities, the vote-rigging, the fraud, and the intimidation are not being investigated and addressed.

Read More: Fadumo Dayib Was a Child Refugee. Today She Is Running for President of Somalia

Global Citizen: Can you describe what you mean when you say the elections are corrupt and explain why you want democratic elections?

This tiny, patriarchal, male-dominated system is not going to give up easily the power that it has, and so really this selection is almost spitting in the faces of 99% of the population. It is akin to saying we don’t matter, our voices don’t matter, our preferences don’t matter and that this tiny minority will take power through any means necessary. The majority of Somalis want democratic elections and democracy. Their voices have to be listened to and respected. When you have people who are highly corrupt and entrenched in system they will not give up easily, they might resort to conflict, to instigating a civil war. They have no other means other than resorting to violence because that's all they have seen o know. We want democracy so that we can gain peace, prosper, and succeed in moving Somalia forward. They know no other existence.

So in order for us to transition to democratic elections in 2020 we must ensure at least some of the process and the system is legitimate. The people who are going to come into this system, 60% of the cabinet should be a cabinet that is merit-based, that is capable of producing results and pushing the country forward toward democracy. The international community can use that as condition, because they are the ones that pay, they have every right to negotiate.

Global Citizen: Why don’t we hear of Somalis demanding democracy from within the country?

Sure, some sort of revolution and dialogue should appear from within us, but at this point in time, we are being silenced, 99% have been silenced, and if they take to the streets they’re going to be killed. There are people who are readily armed and are not going to bat an eye at a young mother being killed, people who will do anything and everything to stay in power. Therefore, I really mean it when I say we are being held hostage, we can’t even take to the streets to voice our objections.

'We are being held hostage, we can’t even take to the streets to voice our objections.'

Global Citizen: So what do you hope will be done to combat corruption if not protests?

The international community is very powerful inside Somalia. They have the money and means and draft the constitution, they are involved in decision making. We want them to push for rights they have in their countries, so that we can prosper, too. What isn’t allowed in their countries shouldn’t be allowed in Somalia. The United States has influence, the United Kingdom has influence, Scandinavians have influence, the European Union is highly influential.

Global Citizen: You’ve talked about the risk of violence to women who want to enter politics. What kind of threats are you facing for this election?

Female politicians risk a lot. By stepping forward you are cutting yourself off from even your immediate family and your clan because they will be telling you to ‘Sit down, you foolish woman, you’re not supposed to do any of these things, are you mad what’s wrong with you, know your place, sit down.’ Some of us have had to walk away from long-term relationships, family ties, to say, ’No, I refuse to live an existence you define for me. I have a life. I am me. I want to do things differently.’

'I refuse to live an existence you define for me. I have a life. I am me. I want to do things differently.’

The biggest risk of all is losing your own life. Some of these men believe how dare she, the audacity of you having such aspirations. How dare you aspire to even wanting to run for that highest office, it’s an insult to their masculinity and existence, and they will try and kill you. Not a day goes by that someone doesn’t go to my Facebook and say,‘If I see you, I will kill you, I will blow myself up and take you with me.’ Some who know that you are a mother might say, ‘Well, you have a beautiful daughter, can you imagine what will happen to such a beautiful child?’

Global Citizen: Why did you leave your old life in Finland to come risk it here, running for office in the country you once fled?

In Finland I would have had a very quiet, comfortable life. I’m a very highly educated, qualified woman and I have a bright future ahead of me, one that is very easy to lead. Yet I chose to leave that and my children and come do what I’m doing because I believe what I’m doing is a vocational calling.

My mother lost 11 children to treatable diseases, I was the first child to survive. When I reached my first year, she said, ‘If this child survives, she continues to survive, her second name will be Deeqo, which means ‘sufficient.’ If she is the only child I have, she is sufficient to me.’ I take my life very seriously. ... This is what I’m supposed to do, I’ve always been a servant, I’ve always served humanity as a nurse, a UN official, forced migration specialist and as a human rights advocate. I know who I am and what my existence should be: a servant of humanity.

Global Citizen: But how do you deal with, and overcome, the fear?

I am not a person who fears. ...No human being can do anything to me unless I allow them to, and that goes for hurting me through using words or actions. I believe whatever happens to me is ordained by a higher power. No human has any power over me unless it is decreed. I am a Muslim and I believe that. Death does not scare me, death is no stranger to me and I am no stranger to it.