More than 500 have been hospitalized over the past year. 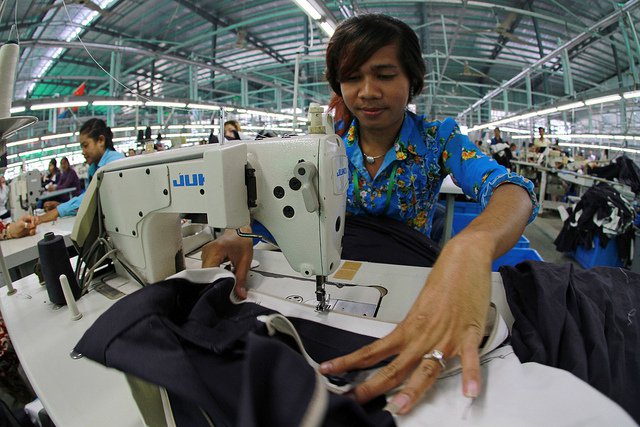 Ever wondered who makes those shiny Nikes, ASICS or Pumas you buy from your local sports store?

Your favourite sportswear may come at a higher cost than you think.

In the last twelve months, more than 500 female workers in four Cambodian garment factories were hospitalised as a result of severe working conditions, with 360 workers collapsing in the space of a 3 day period in November 2016, according to The Guardian.

The Cambodian garment industry, worth $5.7bn in 2015, employs around 600,000 female workers, and the four mentioned factories supply some of the world’s most popular sportswear brands including Nike, Puma, ASICS and the VF Corporation.

Despite the wealth of the industry, factory workers often work 10 hour days, 6 days a week, in temperatures as high as 37 degrees Celsius. Poor ventilation and exposure to chemicals in factories can add further strain and cause sickness, according to the report. Employees in rural factories may also suffer long journeys to and from work, standing for hours in trucks during the commute.

According to the workers’ rights alliance Asia Floor Wage, the living wage in Cambodia is £300 a month, but none of the four factories pay this.

Interviews conducted by The Observer newspaper and a Danish investigative media group, Danwatch, revealed that workers often felt exhausted and hungry, but felt unable to refuse overtime due to job insecurity and the tenuous nature of short-term contracts.

Other incidents reported by employees include fires, explosions, thick smoke which caused workers to pass out, and temperatures so extreme that one worker suffered a seizure. Puma refuted claims of an explosion, saying that their investigations had found no such reports.

Read more: These Swimsuits Look Amazing and Are Great for the Planet, Too

“We take the issue of fainting seriously, as it can be both a social response and an indication of issues within a factory that may require corrective action,” Nike told The Guardian.

The director of Cambodia’s Ministry of Labour’s National Social Security Fund, Cheav Bunrith, said that after a program was introduced offering workers information on proper nutrition and free treatment to those that were unwell, instances of fainting have decreased, from 1,800 in 2015 to 1,160 last year. Still he admits that more needs to be done including installing sufficient and safe cooling systems.

Puma and ASICS are said to be working closely with with Better Factories Cambodia – a partnership between the United Nations’ labour organisation and the International Finance Corporation - to work on better working conditions for their garment workers.

After studying the mass faintings, medical sociologist Robert Bartholomew said, “Providing some workers with better nutrition is all well and good, but there needs to be sweeping reforms in the areas of long hours, stressful conditions and poor wages”.