Ethiopia's Quest for the 'Perfect Chicken' Could Help Beat Hunger

Each generation lives longer, is more resilient, and is less susceptible to diseases.

ROME, April 26 (Thomson Reuters Foundation) - Researchers in Ethiopia are embarking on a quest to create the perfect chicken for African farmers with an unlikely ally — a Belgian conceptual artist who has spent 20 years crossbreeding indigenous chickens, from China and Egypt, to Senegal and Cuba.

Incubated Worlds, a research and breeding centre in the capital Addis Ababa, will also house a permanent art installation showcasing the work of Koen Vanmechelen, including photographs, videos, and books of chickens' genetic codes.

"It's the most sexy chicken coop in the world," said Vanmechelen, whose Cosmopolitan Chicken Project set out to create a chicken carrying the genes of all the planet's breeds.

Take action: Call on World Leaders to Focus on Adolescent Girls and Improve Their Nutrition

The artist told the Thomson Reuters Foundation that each successive generation of Cosmopolitan Chickens is more resilient, lives longer, and is less susceptible to diseases, proving the importance of genetic diversity.

At the centre, scientists from the Nairobi-based International Livestock Research Institute (ILRI) and local partners will compare different types of Ethiopian chickens and crossbreed them naturally with others, including Vanmechelen's. 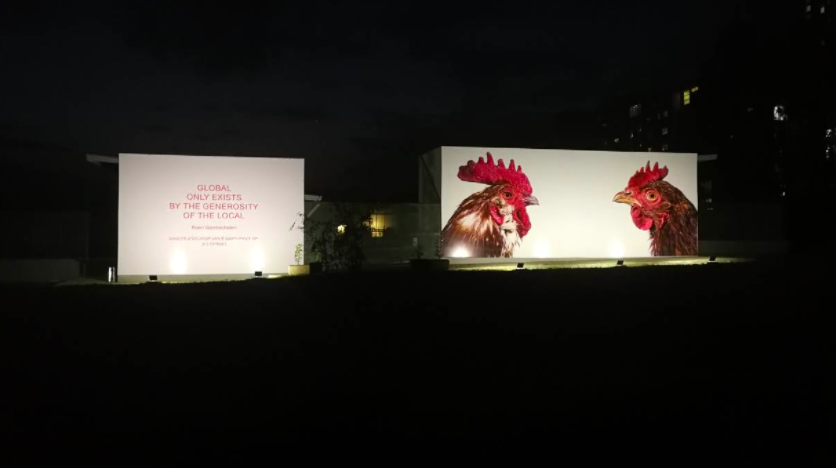 The back of Incubated Worlds, an advanced poultry research and breeding facility in Ethiopia with art installation from Koen Vanmechelen, who has been cross breeding chickens for 20 years.
Image: Thomson Reuters Foundation/The International Livestock Research Institute

A quarter of the world's 815 million undernourished people are in Sub-Saharan Africa, and climate conditions are worsening hunger, says the United Nations Food and Agriculture Organisation.

Read more: The EU Just Took a Major Step Toward Cutting Food Waste in Half by 2030

Some 58 million children are stunted in Africa, costing $25 billion a year, according to the African Development Bank.

Olivier Hanotte, a scientist with ILRI in Addis Ababa, said crossbreeding Vanmechelen's highly diverse birds with local varieties could result in a breed that is healthier and more resilient — but they must also be productive.

"What we want is ... an animal who produces eggs, which would grow relatively fast, and can reach a weight of two to three kilos in a minimum amount of time," he said.

Hanotte praised Vanmechelen for doing what scientists could not — creating a unique population of chickens that gives a snapshot of the genetic diversity of birds outside Ethiopia.

"That is a fantastic resource for us," he said. "There's no way that as a scientist I would have gotten a grant for 20 years to do this sort of experiment." 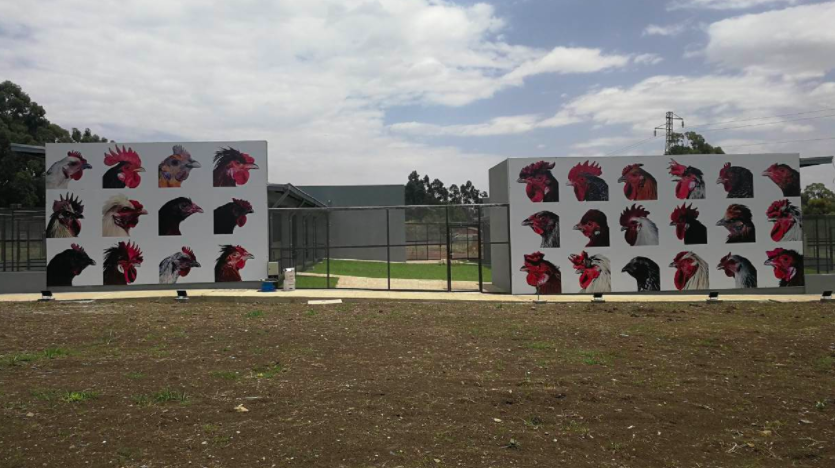 The main entrance of Incubated Worlds, an advanced poultry research and breeding facility in Ethiopia with art installation from Belgian artist Koen Vanmechelen, who has been cross breeding chickens for the past 20 years.
Image: Thomson Reuters Foundation/The International Livestock Research Institute

Chickens can also empower women, who are often their custodians in rural areas, as they reproduce quickly — hatching after 21 days incubation, he said.

"If you provide better chicken for these people, you give them a new way of income and empower women, who often reinvest in the children," he said.