Equal pay is still a thing of the future. 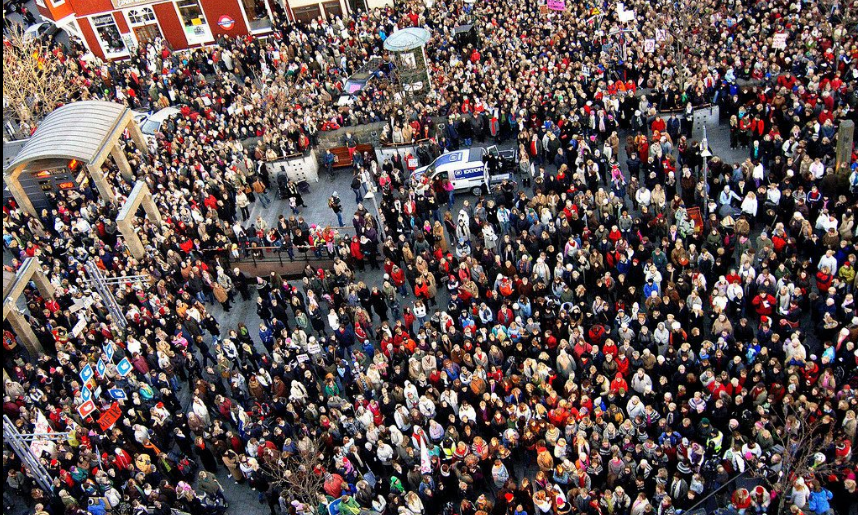 Women in the UK might as well stop working for the rest of the year.

The average woman earns 13.9% less than the average man for full time work, and 18.1% if you include part time work. This gap increases for women from ethnic minorities.

Progress toward parity is slow. Equal Pay Day 2016 is only a day later than it was last year, highlighting the “glacial” pace of change. At this rate, researchers estimate the gender pay gap will not close until 2069 — almost 100 years after the Equal Pay Act became law. Worldwide, achieving equal pay is expected to take 118 years.

But women around the world cannot wait that long. Across Europe, women are walking out of their workplaces early to demand unequal pay.

Stylist magazine launched a walk-out from the workplace, encouraging female staff around the country to leave their desks at 3.34 p.m. to mark the moment in a working day that a woman effectively stops being paid.

The timing was calculated based on the 18.1% pay gap for full and part-time work combined.

Our empty office in recognition of #equalpayday @stylistmagazine ✨ 10th November marks the day when women stop earning for the year, effectively working for free compared to our male counterparts; this is equal pay day is a day later than last year so at this current rate of progress, it will take 50 years to close the gender pay gap. My company is supporting Stylist's #equalpayday campaign and has given all female employees the chance to leave 18% early in recognition of the UK's 18.1% pay gap for full and part time women combined. Of course this doesn't compensate for what is, without a doubt, a far bigger issue, this is a simple but symbolic gesture highlighting the contribution of women and raising awareness of one of the most important economic issues of the day.

Women were encouraged to set their out of office to a message explaining why they had left work so early to raise awareness of the inequality, and show how much the economy depends on women.

Turns out it's actually impossible for an office which is 80% women to convince two male directors to let them leave at 3.34pm. #EqualPayDay

In France, men’s salaries are on average 15% higher than women’s, which means Equal Pay Day fell on Mon 7 November. Led by feminist organisation Les Glorieuses, women across the country left work at 16.34 to reflect the moment each day that women begin to work for free.

Following Icelandic example, women in #France walked out of their jobs at 4.34pm: https://t.co/N0RWOXaipm#16h34#7novembre16h34#EqualPaypic.twitter.com/YcilQmYeNZ

The campaign gained the support of Anne Hidalgo, the first female mayor of Paris, who ended a meeting of the city council at 16.34. Staff at the renowned Musee d’Orsay and national newspaper Le Monde also took part.

#7novembre16h34 Gender equality and salary equality are at the heart of the Republic."Equal pay for equal work" https://t.co/MGCqBnYNOA

The French Prime Minister Manuel Valls showed his support for the initiative and tweeted: “Equality between women and men must be at the heart of the Republic. At all times.” Given that at current rates, French women will not receive equal pay until 2086, it will need another revolution to make this a reality.

In Iceland, which pioneered this year’s wave of walkouts, the gender pay gap is even more stark. Women in Iceland earn on average a whopping 30% less than men, so on 27 October, Icelandic women left work 30% early, at 2.38 pm to demand better. Taking to the streets, thousands of women gathered in the country’s capital Reykjavic, shouting “Out” to discrimination against women.

Women in Iceland come together to fight for equality, shouting OUT #kvennafrí#womensrightspic.twitter.com/vTPFwfSoVk

It’s ironic that for the last seven years, Iceland has been declared the best place to be a woman by the World Economic Forum — a sign that  the world is still not a great place to be born female. In terms of educational attainment and political empowerment, the country scores highly in the rankings but falls short in terms of the gender pay gap because of the difference in pay between female-dominated sectors, and male-dominated sectors. Women also tend to occupy fewer high-level positions, bringing down the average pay.

Closing the gender pay gap is about more than equal pay for the same work. It's about ensuring the work women put into society is valued, whatever sphere they choose to work in. A report in the US showed that as women moved into male-dominated sectors, the average pay actually fell — a literal example of the devaluation of women’s participation in the workplace.

But, as women vacate their workplaces in protest, even for a few hours, the contribution of women to the economy and wider society is made visible. The public action that has taken place over Europe shows women are not prepared to wait decades, or even a century for equal pay. They are demanding equal pay, and they deserve it now.