How being a bystander can be detrimental for the environment. 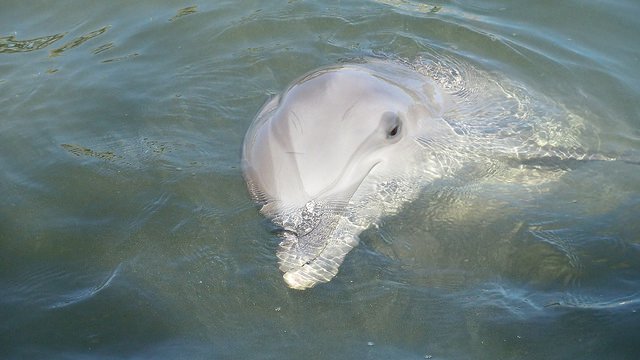 A baby dolphin was killed last week in Argentina after swimmers and beach goers plucked it out of the ocean and passed it around for photos.

The tragic incident took place at the resort town of Santa Teresita. It has drawn lots of attention on social media, where many activists and animal-lovers are condemning those who partook.

You must have literally no brain whatsoever to think it's a good idea to pass a baby dolphin around to take selfies.

we live in a time where "Baby dolphin dies after being removed from ocean by selfie-seeking tourists" is a real headline. yay humanity!

The Argentine Wildlife Foundation (AWF) made a statement urging people to return sea life, especially dolphins like the Franciscana dolphin, back into the ocean when they have ventured too close to the shore.

The dolphin killed in this instance was a Franciscana dolphin- also known as the La Plata dolphin. They are only found in Argentina, Uruguay and Brazil.Fewer than 30,000 of them remain in the wild, the foundation said. It is labeled as “vulnerable” on the International Union for Conservation of Nature’s Red List of Threatened Species, since it is the only river dolphin to inhabit salt water.

The main threats to dolphins are usually gill nets, which are known to drown, injure or attach to marine mammals. However, in this case the threat was human behavior.

“The potential for recovery of this species is very low,” the AWF said. “The Franciscan, like other dolphins, can not long remain above water. It has a very thick and greasy skin that provides warmth, so the weather will quickly cause dehydration and death.”

Reports indicate that the baby dolphin, no more than a few feet long, was left to die in the sand after the crowd was finished passing it around.

Baby dolphin apparently dies after beachgoers pass it around for selfies https://t.co/XT4ZBcWLHkpic.twitter.com/ndRecbEQag

What is most shocking, is not the questionable decision to take a dolphin out of the water, but the fact that no one intervened.

How is it that not one person in the crowd had a second thought about removing a baby dolphin from its habitat? Despite the obviousness of this simple action, no one spoke up.

As global citizens, it is our job to be vocal. We are not a generation of bystanders. Remembering this in the heat of the moment is crucial.

It is important to practice sustainability in our own lives. But it is even more important to promote responsible conservation of earth and it’s animals to our neighbors and friends. It is our job to give a voice to the world’s most challenging issues, protecting animals and people from harmful actions is central to delivering a healthy planet free of extreme poverty by 2030.