Empowering women – is Australia leading the pack or trailing behind?

What will it take to see gender equality in Australia? 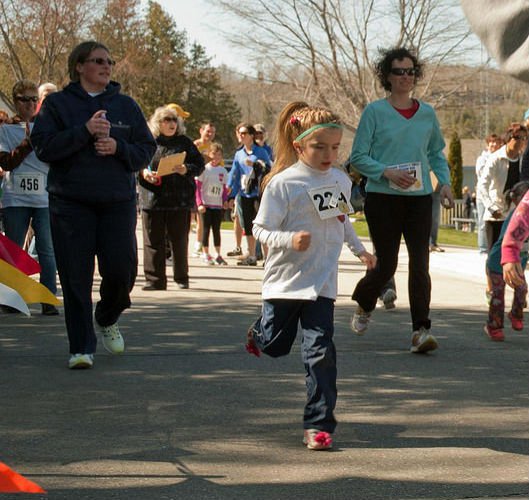 International Women’s Day last month left the internet awash with articles, virtual thumbs ups and inspirational messages in support of the women of the world. So now that the hype has died down and our newsfeeds have returned to normal, we ask a very important question: how does Australia fare when it comes to empowering women and fighting gender based discrimination? Are we leading the pack or are we trailing behind?

Why do we need to empower women?

The main push behind empowering women and fighting gender based discrimination is the desire to live in a world where women have access to the same opportunities as men when it comes to education, career, political influence, economic advancement and the ability to make their own personal life choices.

Historically, Australia had numerous pieces of blatantly discriminatory legislation favouring men over women. For example, until 1969 legislation allowed employers to pay women a minimum rate of pay that was 25% less than male employees doing the same or similar work. Over the years parliament took various steps to try equalise the playing field, but it wasn’t until 1984 that the ratification of the Sex Discrimination Act made it illegal to discriminate on the basis of sex or gender in Australia.

The Act contains a comprehensive list of objectives formulated to eliminate gender discrimination in Australia. It’s been in play now for more than 30 years, but the question is: is it working?

Are men and women treated equally in Australia?

We’re making progress, but the bottom line is there’s still a lot of work to do. Women continue to be significantly under-represented in Parliament and executive government across the country, comprising less than one-third of all Parliamentarians and one-fifth of all Ministers. According to a 2013 study by the Committee for Economic Development of Australia (CEDA) regarding the gender gap in leadership positions, women account for more than half of Australian professionals, but represent less than 10% of executives. In terms of salaries, a gender pay gap certainly exists in Australia, however some argue that women are not being paid less simply because of their gender; taking temporary breaks in earnings to raise children, a need for flexible or part-time working hours and choosing lower-paying careers can all contribute to hampering women’s earning potential. Others take the view that Australian society subjects women to a glass ceiling which significantly restricts their earning potential and professional development.

The cold hard truth is that women in Australia do continue to earn less than men, but it’s not all doom and gloom. Many corporations and organisations continue to take positive steps towards gender diversity in the workplace. Take for example the National Australia Bank (NAB), which has been recognised as an Employer of Choice for Women by the Equal Opportunity for Women in the Workplace Agency on no less than six separate occasions. Further, in 2011 the Australian government appointed an Ambassador for Women and Girls  (currently filled by Natasha Stott Despoja), whose role is to ensure that the empowerment of women and girls is a central focus of Australia's diplomatic, development and defence concerns. The creation of this position reflects the Australian Government's commitment, both locally and in the international arena, to promote gender equality and to give women a stronger voice in the world.

Supporting reform in other nations

Despite Australia's progress over recent decades, there is still a way to go before we live in a society where men and women are truly treated equally. But the progress we have made, and the path for further improvement, certainly wouldn’t be possible if we didn’t have a legal framework to support this objective. Women are still on the receiving end of injustice when it comes to equal pay and equal opportunities, but one has to wonder what the situation would be if we DIDN’T have laws in place to protect them... Like those millions of women who live in nations where gender discrimination isn’t protected by law.

For this reason, Australia strongly supports reform in countries which do not have legal structures in place to protect women. Recent emphasis has been placed on the South Pacific through the establishment of “Pacific Women Shaping Pacific Development” (Pacific Women) in 2012, which is an ambitious 10 year program supported by the Australian Government aiming to improve the political, economic and social opportunities of Pacific women. Some incredible work has been done to date, such as the introduction of a women only bus in PNG which is part of an initiative to stop sexual harassment and other forms of sexual violence towards women in public spaces.

All in all, the situation could certainly be better for gender equality in Australia, but the reality is we fare pretty well when compared to countries with laws that allow gender discrimination to remain embedded in societal norms (i.e. in Tanzania child brides are still commonplace). So whilst we continue working on making progress here at home, we’re proud to see Australia doing its bit to help see an end to gender discrimination around the globe and in our region.

This article was contributed by Dina Bloom. Dina Bloom is a freelance contributor to Global Citizen. She studied Law and Communications at university in Sydney and has a fond love of travel and exploration. Spending many months adventuring through third world countries had a profound effect on her, seeing first hand the harsh and often devastating conditions of the developing world. The result was a resolution to live every day of her life as a positive and impactful global citizen. If she had one super power it would be to grow extendable arms so she could spend less time chasing after her cheeky (and speedy) toddler twins.