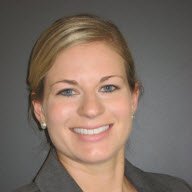 Empowering widows in Holi and beyond

In some parts of India, there is still a large amount of social stigma around being a widow.

The colours and revelry of the Holi festival in India make for a beautiful way to celebrate the arrival of spring. Definitely something to add to the bucket list. Widows from Vrindavan, India had a deeper reason to celebrate this Holi, thanks to the help of a local NGO. Some were taking part for the first time in years because widows are traditionally shunned from festivals.

In some parts of India, there is a still a large amount of social stigma around being a widow, and the fact that it is newsworthy that these women were able to celebrate Holi shows there is still a lot of progress to be made. Being unable to celebrate festivals is just one example of a larger problem about the treatment of widows. Here are a few of the other issues that need to be improved in order to ensure a better life for these women in India, and around the world.

Many widows face great barriers in terms of financial independence, and they often do not receive their fair share of a couple’s property after a husband’s death. It is difficult to get financial support from the government, and uneducated women have an especially difficult time because of the complex process to get government benefits. Typically, credit is also less available to women. This all leads to a lack of financial independence, which can leave widows at the mercy of family or in-laws.

Many widows are abandoned by their families because their presence alone is thought to bring bad luck. Their participation in social and family activities is often unwelcome, and widows are at greater risk of violence and abuse. Can you imagine being unable to attend a family wedding simply because of the death of your spouse?

As global citizens, we have the power to change social stigmas. The participation of widows in Holi is a simple example of how these women can be reintegrated as full participants in society and attitudes about them can start to change. Changing societal attitudes is a gradual process, but through these kinds of initiatives, improved education, and increased awareness, we can make a world of difference for India’s widows.

Tell world leaders that this is the year to set strong goals to give around the world equal rights and opportunities. Sign the petition on the side of this story, to support women in your community and around the world.