Why Google is challenging gender stereotypes in emojis

What does it say when emojis limit girls to stereotypes? 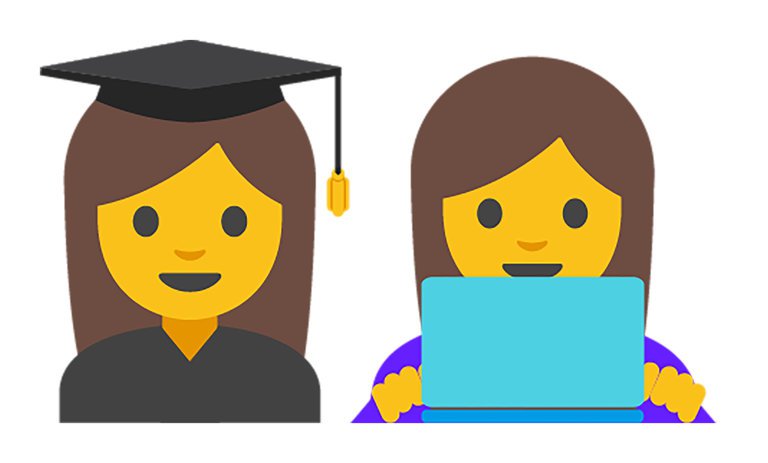 Sexism is often unwittingly exposed when the expectations of the present confront "the way things have always been done."

One realm where gender inequality unwittingly abounds is that of emojis. Those fun and colorful expressions, foods, objects and places, reflect outdated conceptions of gender and the many barriers that these conceptions create.

In popular emoji sets, female characters are generally limited to the color pink. They are brides or princesses. They can paint their nails, get a haircut, go dancing, do cheerleading moves.

There are no female presidents, lawyers, coders or musicians in emoji sets. No female emojis are lifting weights, readings books or rock climbing.

In fact, the absence of women studying in emoji sets even bothered US First Lady Michelle Obama.

Hey @Always! We would love to see a girl studying emoji. Education empowers girls around the world. #LetGirlsLearn#LikeAGirl

A team of Google employees wanted to change this. They recently submitted 13 emojis of women in professional settings to the Unicode Consortium, the organization that approves of emojis.

It will be a while before the emojis are reviewed, approved and implemented, and 13 is a pretty small number, but the whole effort is a step in the right direction.

As a video from Always' #LikeAGirl campaign notes, girls send more than a billion emojis a day. For an activity so widely enjoyed that attempts to translate reality, shouldn't accurate representation of that reality be a priority?

The video asks, "What does it say when emojis limit [girls] to stereotypes?"

Emoji sets may seem like frivolous battlegrounds for the fight for gender equality, but this downplays their imaginative power. Communication shapes our ideas of self and what is possible. When languages are molded along rigid gender lines, vast possibilities are implicitly deemed off-limits. People then subconsciously follow the narrow paths laid out for them and disapprove of others who follow unconventional paths.

When young girls see emoji women that are lawyers, doctors, engineers, writers, scientists, directors, etc., maybe they'll dream about pursuing those professions. And then maybe the gender constraints of real life will erode even further.