By James Hitchings-Hales  and  Imogen Calderwood

A male MP tried to move a statue of the iconic suffragette, prompting a huge backlash.

By James Hitchings-Hales  and  Imogen Calderwood

Why Global Citizens Should Care
The UN’s Global Goals call for equal rights, regardless of gender, sexuality, race, religion, age, disability, or any other status. On the centenary of some women getting the right to vote in Britain, it’s important that we honour and remember those who came before us, and laid the foundations for equality. You can join us by taking action to support the Global Goals here.

Update, Sept. 17, 2018: This article has been updated to reflect that the application has been withdrawn.

A memorial to suffragette Emmeline Pankhurst and her daughter Christabel will no longer be moved after the initial proposal prompted huge backlash.

Westminster city council confirmed on Monday that the planning application had been withdrawn, according to the Guardian.

The application received nearly 900 public comments and complaints on the official council website.

The statue currently stands outside the Palace of Westminster in Victoria Tower Gardens, and controversial plans were submitted to “dismantle” and “remove” the statue — moving it instead to the private Regent’s University, in Regent’s Park.

But feminists and historians joined together to object to the proposed plans, which were branded an “appalling act of cultural vandalism.”

The statue was funded by suffragettes after the death of Pankhurst, and was unveiled in Victoria Tower Gardens in 1930 by then-prime minister Stanley Baldwin — who had opposed votes for women. 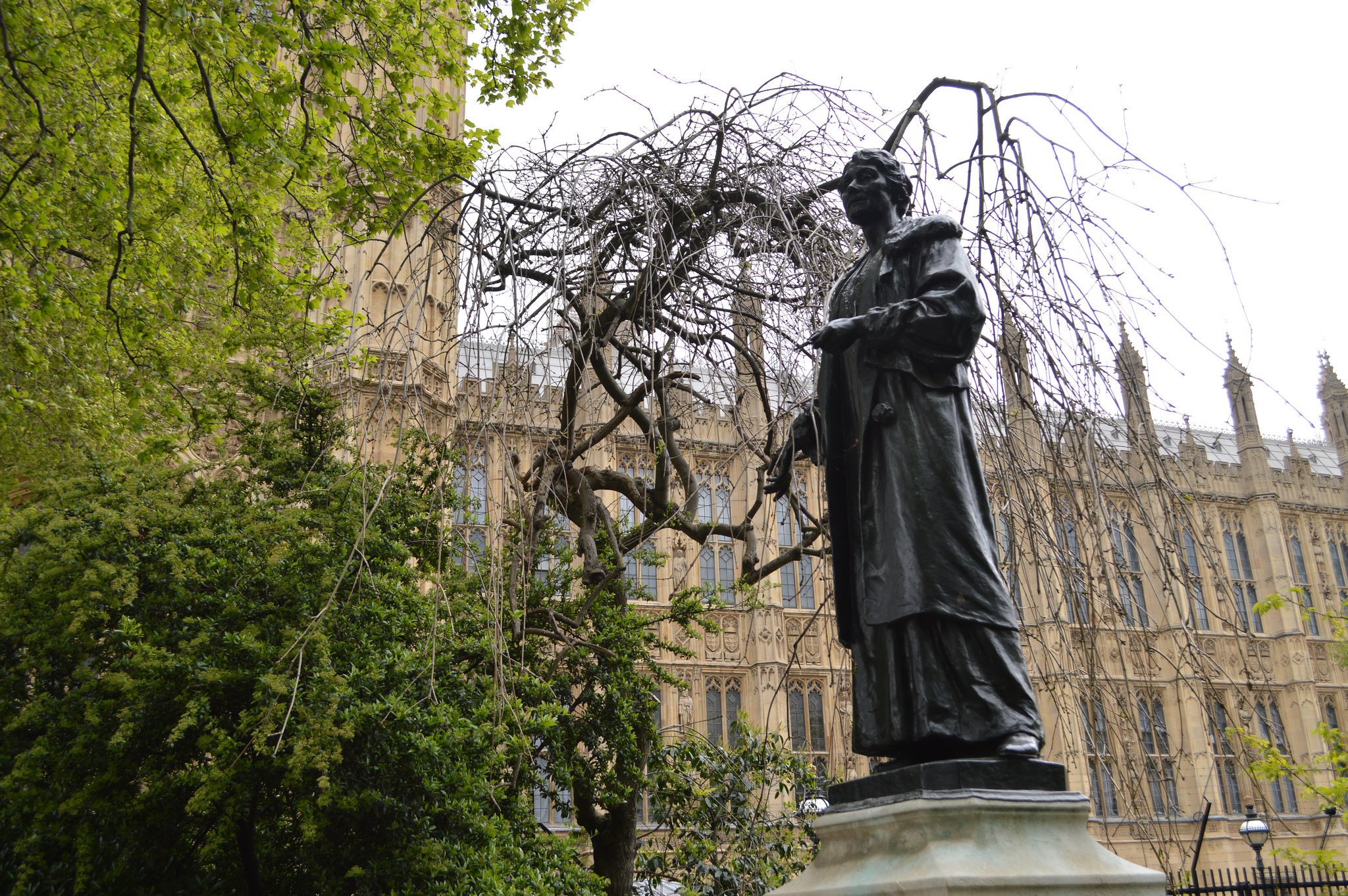 Former Conservative MP Sir Neil Thorne was the man hoping to relocate it.

The thinking behind the new site was reportedly that it was previously the site of Bedford College, the first established to give women degrees in Britain.

The application included a heritage assessment statement that said the founders of Bedford College were “pioneers in promoting higher education for women and many alumni went onto participate in the suffragette campaigns.”

Thorne also wanted to install a new statue of the suffragette in Canning Green, near to where a statue of suffragist Millicent Fawcett was recently unveiled.

Among those who opposed the relocation of the statue included campaigner Caroline Criado Perez, who was also behind the successful campaigns to erect a statue of Fawcett in Parliament Square, and to get Jane Austen featured on the £10 note.

“It did come as a huge surprise, but I’m absolutely delighted," said Criado Perez. "It was incredibly clear, you just had to take a brief look at the history of the statue to realise that the location was incredibly significant."

“It was a location specifically chosen by the suffragettes," she added. "I felt very strongly that their wishes should be respected and that it was completely wrong to move the statue to the grounds of a private college.

‼️OH. MY. GOD. The application to remove the original suffragette funded Emmeline Pankhurst statue from Victoria Tower Gardens HAS BEEN WITHDRAWN!! Have we....won?? pic.twitter.com/rOM51kr1KP

Most of the comments in response to the application were reportedly critical of the idea.

“Mrs Pankhurst’s friends selected Victoria Tower Gardens as the site of the statue and made strenuous efforts in the 1950s to ensure that it remained in the gardens, as close as possible to the Houses of Parliament,” wrote one commenter, who claimed to be a historian who has researched and written on the history of women’s suffrage for over 25 years.

“Over the years, the statue was the site of many touching scenes of remembrance and is tightly woven into suffrage history,” they added.

Another said: “This statue is a part of the history of the Suffragettes and as such should remain where it is. It should not be banished to obscurity. To replace it with another statue in another location is redundant and pointless. The present statue and its location should be protected.”

“I am delighted that the statue of Emmeline Pankhurst will remain in its rightful place outside parliament, the place she campaigned for women to enter," said Labour MP Alison McGovern, chairwoman of the House of Commons works of art committee. “There are so few images of women in Westminster as it stands, and removing hers would have been a blow to women’s representation and the history of the campaign for universal suffrage.”