Warren’s Scathing Letter to Trump: 'I Will Oppose You, Every Step of the Way' 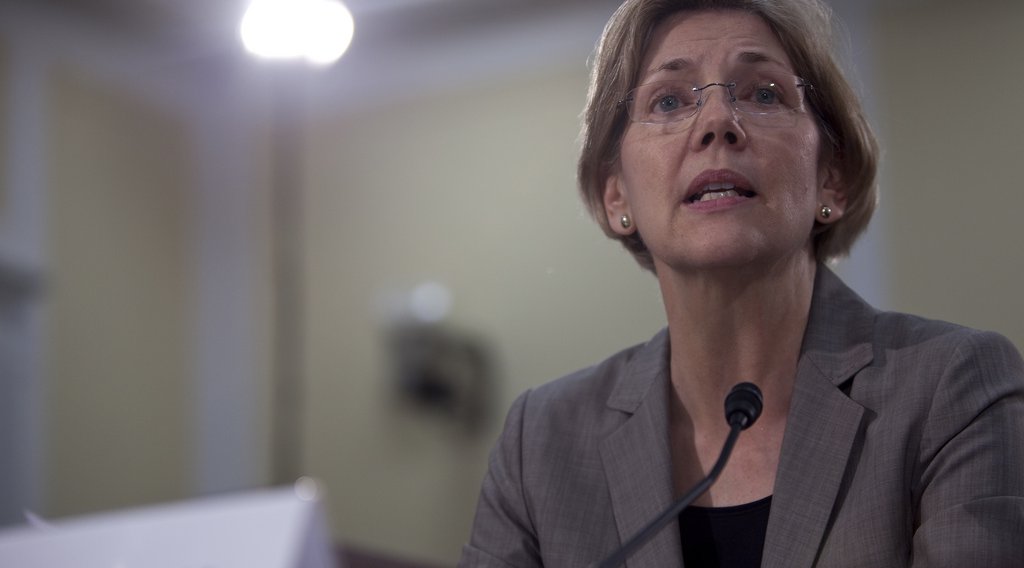 On Tuesday, the Trump Administration received a scathing letter of consternation from Elizabeth Warren, the democratic senator of Massachusetts. She wrote:
"Based on public reports, your transition team and your potential cabinet include over twenty Wall Street elites, industry insiders, and lobbyists making decisions that could have huge implications for their clients or employers.  They include, among many others, a former Goldman Sachs executive who is rumored to be a Treasury Secretary pick; a paid consultant for Verizon who is making key decisions on your administration's Federal Communication Commission; a 'top lobbyist' whose firm lobbied on behalf of issues related to the Trans-Pacific Partnership who is shaping your Labor Department; and a climate-change-denying, oil industry-paid think tank fellow who is leading your environmental team's transition."

In no uncertain terms, Warren’s intent was not only to establish herself as a political opponent of the President-elect, but also to highlight the contradiction between Trump’s campaign promises to “Drain the Swamp” and his early actions—it’s only week two—as future commander-in-chief.

On the issue of lobbyists, Trump’s promises were cut from the same cloth as that of Democratic hopeful Bernie Sanders. The Vermont Senator’s attacks on the “billionaire class” and the poor regulation of Wall Street  tapped into the same populist frustrations that contributed to Trump’s victory.

But it seems they no longer share anti-corporate common ground, and Sanders, too, has had Trump in his sights. “Unfortunately what we’re beginning to see is what I feared, which is a lot of what Mr. Trump said to get votes is not what he intends to do as president of the United States,” Sanders told reporters.

Mr. Trump promised to #DrainTheSwamp, not fill it up. Now do it. pic.twitter.com/gXfcrlp5hC

The first is Steven Mnuchin, who is slated for the Treasury Secretary position, and who worked for Goldman Sachs from 1985 to 2002. According to Senator Sanders, Mnuchin lacks much political experience, and at the helm of his bank OneWest in 2008, was known as a "leader in foreclosing on seniors.” Mnuchin currently manages a hedge fund, Dune Capital.

The second is Jeffrey Eisenach, a consultant for Verizon who’ll manage the transition of the Federal Communications Commission (FCC).  Eisenach is known for his work defending Verizon against the FCC’s “net-neutrality” regulations. Funded by Verizon, Eisenach has published and argued numerous studies claiming that the Internet should not be regulated as a public utility.  In that scenario, big internet distributors—AT&T, Comcast and Verizon—would be legally allowed to discriminate and redirect internet traffic rather than “treating all websites and services the same” as TheOpenInternet explains.

And perhaps none has received as much attention as Myron Ebell, the climate-change denying Trump appointee selected to lead the EPA transition team. Ebell’s organization, the Competitive Enterprise Institute, has been a vocal opponent of EPA regulations, and is heavily funded by a coal industry giant: the Murray Energy Corporation.

The Massachusetts Senator wrote that Mr. Trump has the responsibility to remove them from his transition team “if you truly want to make Washington D.C. work for the American people.”

The appointments have also garnered criticism from the right.

“This whole idea that he was an outsider and going to destroy the political establishment and drain the swamp were the lines of a con man, and guess what — he is being exposed as just that,” Peter Wehner, who served in the administrations of Ronald Reagan and George Bush before becoming a speechwriter for George W. Bush, told the New York Times . “He is failing the first test, and he should be held accountable for it.”

This Tuesday, the reigns of the Presidential transition team were handed to Vice-President-elect Mike Pence, after New Jersey Gov. Chris Christie was demoted to vice-chairman of the team.

As reported by Fox news, Christie’s group was comprised of a “litany of lobbyists, former bureaucrats, academics and corporate lawyers.” Under Pence’s thumb, some of those staffers have already been removed.

Meanwhile, Trump has stated that the presence of lobbyists on his staff would be a temporary measure. “I’m saying that they know the system right now, but we’re going to phase that out,” he said during an interview on “60 Minutes” this Sunday. “You have to phase it out.”

If he doesn’t he will likely have Senator Warren on his case. As she wrote in her letter, “Should you refuse, I will oppose you, every step of the way, for the next four years. I will champion the millions of Americans you will fail to protect… And I will remind Americans, every day, of the actions you take that fail them.”