Eliminating polio forever–why we should care

Why did this man devoted a year of his life to make a documentary to end polio in Pakistan? 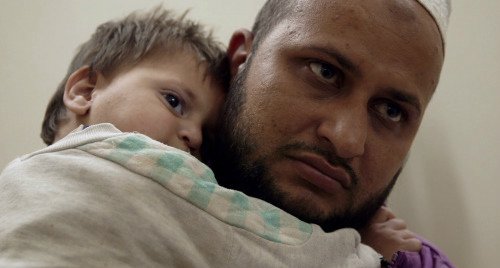 A few days ago the 25-year long campaign to rid the world of polio passed a giant, yet very quiet, milestone. On the July 24th of 2014 an impoverished infant girl in northern Nigeria contracted this terrible disease. She will be paralysed for the rest of her life yet she is likely to be remembered always as the last polio victim in Nigeria.

We can’t be a 100% certain just yet, but environmental samples show no trace of the virus and a year’s absence is reckoned to be the scientific test. It is expected that the World Health Organisation will make the formal announcement that Nigeria interrupted indigenous transmission of polio sometime in September this year and remove them from the list of endemic countries. Though it’s critical to remember that Nigeria will need to go two more years without a case of polio to be certified polio-free. This will take a global commitment of donors and partners along with Nigerian political, religious and community support.

A quarter of a century ago, a thousand children a day lost their future to the epidemic. Now, after billions of dollars and a worldwide vaccination campaign involving millions of volunteers, a disease that was once endemic in 125 countries is confined to a handful - Nigeria, Afghanistan and Pakistan. And it now looks like Nigeria can be struck off that list.

The apparent success of the polio programme belies one key fact. The virus is one of the most mobile, most infectious diseases known to man, far more so than Ebola for instance. The endemic countries, particularly Pakistan and Nigeria, serve as reservoirs, fueling outbreaks in China, Tajikistan, Syria, Iraq, Somalia, Cameroon, Ethiopia and Madagascar in recent years. Polio teams were forever racing around the globe to try to put these fires out.

Two years ago, I assumed polio–as many do–was a problem of the past. Then Image Nation, a filmed entertainment company in Abu Dhabi, asked me to direct a film about the latest efforts to eradicate polio. They had big plans, seeking to revive interest in this almost forgotten public health campaign.

Yet I wondered, why should we care about polio? Why devote a year of my life to a cause that seemed to have already been won? But I looked into it and found a fascinating microcosm of the ills that beset our planet. This in turn, led to the creation of Every Last Child, my documentary on the Pakistan polio epidemic, which has just been released.

In 2013 the Pakistani eradication program–where over 80% of cases occur–was stalled, disrupted by violent attacks on the vaccinators. Dozens had been shot dead. Polio cases began rising rapidly. Worse still, the Pakistani strain of the virus broke out and infected children in the war-torn Middle East.

Why was a public health programme aimed at saving children from a lifetime of suffering suddenly in the crosshairs? The answer is complex. The difficulties in Pakistan were a combination of developmental problems allied with a deep ideological resistance from the tribal peoples of the Hindu Kush, many of whom believe the polio program is a western plot designed to weaken Muslims.

Resistance to vaccination programmes is not just limited to Pakistan’s tribal belt. All public health campaigns, coordinated–as they must be–from the center, instinctively arouse suspicion among people who feel disenfranchised. There is middle class opposition to the MMR vaccine in London and the measles vaccine in California.

Fortunately, for the majority of Pakistanis, such anti-science ideas hold little sway. In fact, many vaccinators believe it’s their Muslim duty to try to protect young children. Thousands turn up in the full knowledge they are putting their lives at risk. We must not turn our back on their courage.

The real threat to children is our complacency. We must not relax our grip but continue our efforts to eradicate it–we are so close–but as long as polio exists anywhere it can show up everywhere. It’s a battle humanity must win.

Contributed by Tom Roberts, director of feature documentary Every Last Child, about the polio epidemic in Pakistan.