Refugees were among the first to join rescue efforts after the earthquake. 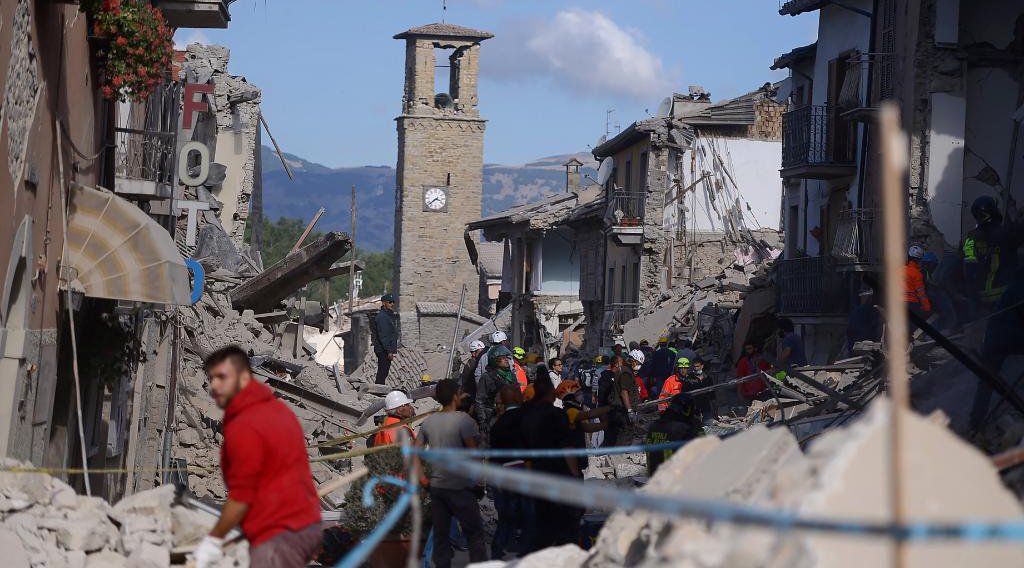 Last Wednesday, central Italy was devastated in the earliest morning hours by a 6.2-magnitude earthquake. The quake killed an estimated 290 people, tore through the region, and all but totaled towns.

Because Italy sits on both major and minor fault lines it is especially prone to earthquakes. The country has strong emergency response systems in place, which quickly sprung to action, mobilizing around 6,600 rescuers, but the damage was extensive. In the wake of the tragedy, there was an unexpected contingent of helpers: refugees.

Despite the prevalence of anti-immigrant sentiments in Italy, refugees have been among the first to support rescue efforts.

In the town of Pescara del Tronto, a group of five asylum seekers leapt into action as well. Amadou Jallow, a refugee from Gambia, told NPR that they felt they had “to give back to [the] Italian people for the good things that they have done for us.”

Wednesday’s earthquake was a first for the 35 refugees and asylum seekers who had been placed in the town of Ascoli Piceno, just 80 kilometers from the quake’s epicenter, the day before the quake. Though they were scared and confused by the phenomenon, they were ready to help clear rubble hours later. The president of Group of Solidarity (GUS), the NGO hosting and working with these asylum seekers, told DW that “if they had any money, they would give it to help. But they don't, so they offered to go and pull up the rubble."

Why is rescue work in Italy so difficult? @fpleitgenCNN explains: https://t.co/gAUArQqe76pic.twitter.com/wlO0TJsQgk

Another group of over 70 refugees and asylum seekers pooled together their daily allowances of 2 euro each to make a donation of nearly 200 euros to the earthquake’s victims, a “small and symbolic gesture of solidarity.” The group lives in a shelter in the town of Gioiosa Ionica, Calabria and were moved to action by the images and video footage “of the earthquake [that] made them think of the wars and disasters they fled from," the SPRAR project’s local coordinator, Giovanni Maiolo, told the Thomson Reuters Foundation.

In light of Italy’s prevailing problem with anti-immigrant sentiments, these acts of selflessness and care for others are remarkable. Though refugees are often made to feel unwelcome by xenophobic citizens in their host countries, many are grateful to finally have a safe place to live and want to give back to their host communities. Two teen brothers, who fled Syria, work as volunteers in Seattle where they help ensure homeless people have basic necessities. Another Syrian refugee setup meal stations in Berlin to provide homeless people with food. Yasser al-Jassem, also a Syrian refugee, mobilized the refugee community in his new home of Rochdale, England after the city suffered major flooding. These refugees understand what it means to suffer and hope to prevent others from experiencing the same pains they have.

Unfortunately, citizens of host countries don’t always see it that way. Since 2014, more than 400,000 people from the Middle East and Africa have migrated to Italy, stoking anti-immigrant tensions. Italy has struggled to find adequate shelter for these refugees, and has resorted to using schools, hotels, and vacant sports facilities. Following last week’s earthquake, fearful politicians and citizens have criticized the Italian government for the millions of euros it spends on hosting migrants, arguing that the funds should be devoted to earthquake relief instead.

“I hope that the Italian authorities focus more on us,” one Italian man told NPR. “We feel less respected than the refugees we're hosting in Italy. We're worse off than them. They're living inside migrant centers. That's better than sleeping in a tent.”

A priest in Boissano echoed his message in a Facebook post, “given the tragedy of the earthquake, it is now time to put the victims into housing and send the migrants to the tents....we shall see.”

However, these refugees and asylum seekers have responded with grace. Jallow told NPR that he understands these comments. “They are going through a very, very difficult situation. They have been traumatized... I have similar things in common with them because it's like I've experienced a thing like this before. He who feels it, knows it.”