CYC Chairperson, Kishva Ambigapathy, fully embodies what it means to be a global citizen.

Kishva Ambigapathy was elected Chairperson of the Commonwealth Youth Council (CYC) in November 2015.  A Malaysian national, he officially represents the 1.2 billion young people living in the 53 countries that make up the Commonwealth.

Here, in his own words, he describes how he juggles his new role with graduate school, why the Commonwealth is more relevant than ever and why he believes young people can change the world. 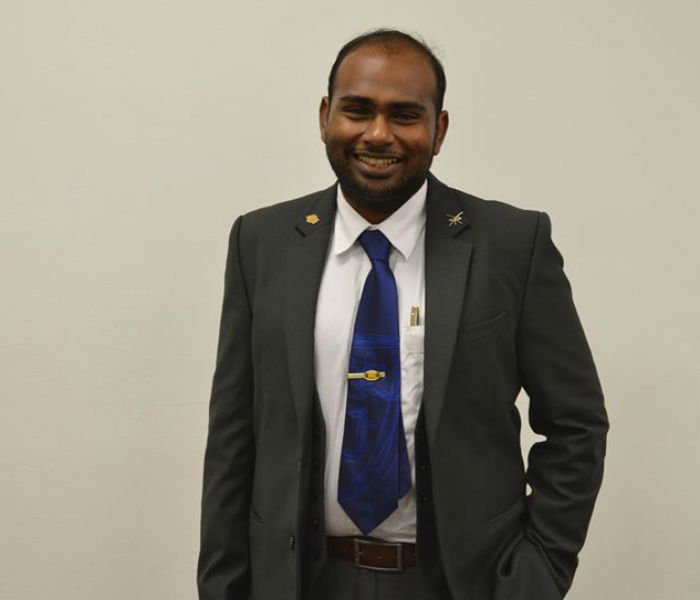 What is the ongoing relevancy of the Commonwealth in the 21st century?

A very strong future! Unlike the EU or NATO, the Commonwealth is a network of member states that work in a gentle, curious and informal platform for member states to interact. The network it offers gives emphasis to relationship and kinship, which is more valuable and relevant in today’s global order.

It is also inspiring to see countries with no historic connection to the “British Empire” like Rwanda, Mozambique who wished to join the Commonwealth because of our values.

2016 is going to be an exciting year. I complete my graduate studies this year and I’m certainly looking forward to assuming office in March to voice for, and empower, youth! The past few months we have been really busy at the Commonwealth Youth Council (CYC) to develop our priorities and mechanism to better build the council.

How do you balance your current role with your studies?

I am fortunate that what I study at university gives me knowledge and academic support to make better decisions. I am doing a MSc in Global Politics, studying areas of global governance and global justice. I get to apply what I learn in classroom to real-life experiences and vice versa.

How did you go from an engineering background to head of Council?

I haven’t really made a shift! I still ‘engineer’! The only difference is from working with cables and trains, I have moved to design, research and improving youth centric development and empowerment issues! It’s simply a matter of perspective.

What are the biggest challenges facing you/CYC now?

CYC has every potential and aspirations to engage and empower their 1.2 billion Commonwealth youth and beyond. The organization is still growing. We have to work to ensure the foundation and pillars are strong for future success. That will definitely be a priority!

How do you create a unified voice when you have to represent 53 member countries?

We may have been elected to represent youth of 53 member countries but that doesn’t just limit us to 53. We give voice to youth, despite of their state, their background or social status. We value the diversity we are made of and stand united in matters that concern us most. There may be different approaches, opinions but the message remains the same, for common good.

The beauty of the CYC structure is that we are not only a council of individuals but also a network of youth-led organizations, youth councils and youth movements. Each of these individuals/organization form the Commonwealth Youth Council. It is the core responsibility of the executives, including myself to continuously engage the youth and listen to them, understand their concerns and consequently, voice it at relevant platforms.

What do you want your legacy to be?

For CYC, the legacy would be for young people to be assured they have voted for the right council which represents their voice and enables them to empower others. My legacy, I hope and am positive of working towards is to be able to give character and faith to young people worldwide, better empower them and help them unlock potentials and possibilities.

Why do you think investing in young people is critical? Can they really change the world?

They already are! Mark Zuckerberg of Facebook, Malala Yousafzai of Pakistan and Joshua Wong of the Hong Kong Umbrella Revolution, aren’t we already changing the world we once knew? There are more young people in the world than ever before, creating unprecedented potential for economic and social progress. Young people make up more than 60 % of some countries that are already witnessing the ‘youth bulge.’

However far too many of these youth witness their potential hindered by issues like poverty, lack of education access and discrimination. Should they be properly invested in in terms of opportunities and education, they can offer ideas, ideals and innovations that will transform the present and the future.

What words of inspiration would you give to other young people who wish to change the world for the better?

Dream! Innovate! Inspire! Young people have dreams that can change the world for the better but often face restrictions to their imagination. We should not let anyone prevent us in dreaming and wanting a better life. Our creativity is one of life’s greatest gifts, coupled with passion and determination, we can realize these dreams and inspire others to achieve more! Creativity and innovation have always led to the success of many great positive impacts! 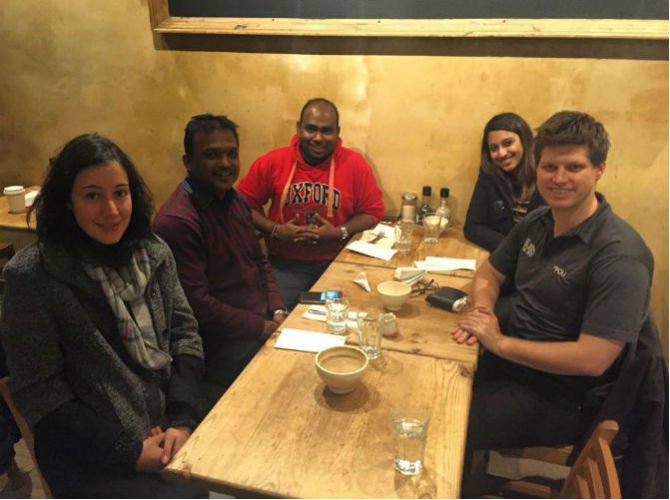 GPP meets with Kishva and Sushil Ram of the Commonwealth Secretariat