The Powerpuff Girls are back and they're fighting for gender equality

And whatever you do, don't call them "princess." 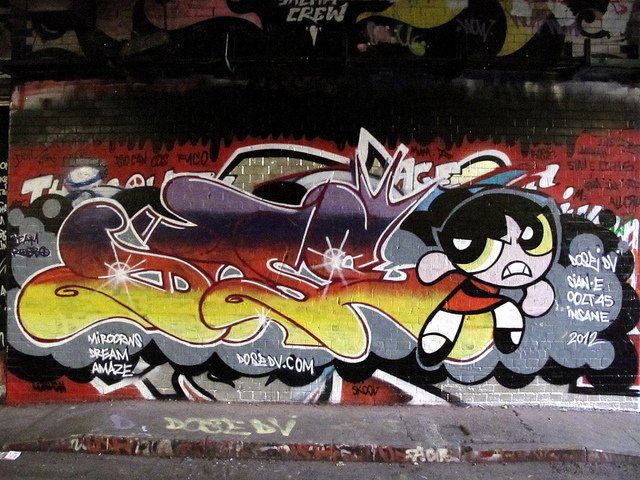 Cartoon Network’s The Powerpuff Girls is returning to air in April, and you better not call these girls princesses.

While their names may be Blossom, Bubbles, and Buttercup these girls are not to be taken lightly. They're serious about empowering girls everywhere (and fighting the bad guys.)

The sneak peek clip of show’s 2016 revamp below shares a glimpse of how the cartoon will address gender equality issues more clearly than ever before.

No girl likes being told to “go play with her dollies” or the stereotype that all girls want to pretty princesses. Some girls just want a freakin’ Rey action figure, okay!?

The new Powerpuff Girls cartoon gets it. Buttercup’s outrage at being called a princess is awesome, and seeing these girls fight inequality will set a strong example for girls and boys in the US, Brazil, India, the Philippines and a host of other countries where the show will be broadcast in over 85 million homes.

A few other teasers have come out for the new edition of the cartoon, such as a new intro song for the cartoon, which you can see in the video below.

The new theme is influenced by punk rock, which suggests a more pointed agenda, and a cell phone flash gives the show a more modern feel. It’s been 12 years since the show last aired and, in case you didn't know, mobile phones weren't as ubiquitous back then. Fun fact: today, more people have access to a mobile phone than they do to a toilet.

Overall, it’s a fantastic year for women playing larger roles in the traditionally male-dominated superhero arena. Although it’s shameful that Rey was not in many of the Star Wars toy packages, the fact that a female character had a leading role in the film was a major step forward for the series. Star Wars isn’t the only series adding more “leading ladies.” Batman v. Superman, Wonder Woman (coming in 2017 and directed by a woman) and the new X-Men (with Jennifer Lawrence and Sophie Turner aka Sansa Stark) give more hope for stronger female roles in action movies in the near future too.

The return of the Powerpuff Girls is one more example of the growing opportunities available to women. The show is keeping a few of the same bad guys, like Mojo Jojo, and the super creepy HIM but the teaser reveals new evil villains like misogynistic Manboy.

The girls are still made from “sugar, spice, and everything nice” with a touch of “Chemical X,” which I’m going to call empowerment. Why? Because empowering girls creates women who are superheroes.

Empowering girls and boys to promote equality between genders is part of how the world will achieve Global Goal 5: Gender Equality. When girls and women grow up believing they have a right to pursue their dreams and succeed at any career they want, then every girl can be just as powerful as the fierce Powerpuff Girls.

The world only has to wait a few weeks to see if they’ll defeat “Manboy” and save Townsville from becoming Mansville. If all goes well, the trio will defeat all gender stereotypes that are thrown their way.