Breaking News! Science Says Dogs Will Definitely Like You Better if You’re a Good Person

Dogs prefer people who help others. Has there ever been a better reason to be a Global Citizen? 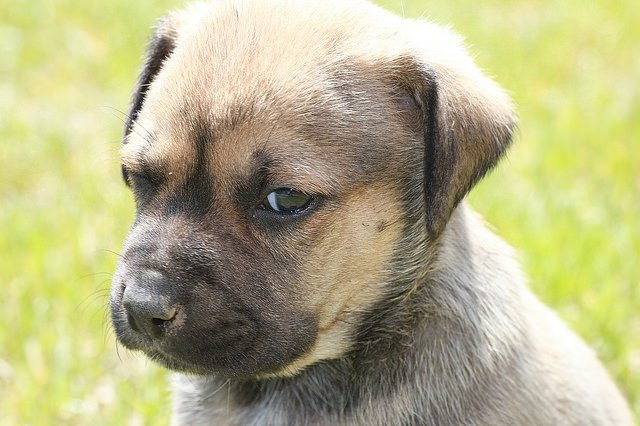 Everything right now seems to be split incisively down the middle. Remember that fence everybody used to sit on? It’s been torn down; people pick a side and stick to it, no matter what, regardless of the terms of debate. Nobody has ever responded with a dismissive, nonchalant shrug when asked how they feel about Donald Trump. Everybody cares, but in very different ways.

On almost every topic, there seems to be division wider and more formidable than the gender pay gap (which, for the sake of the simile, is proven to be seriously gappy). Is there nothing we can all agree on?

Dogs — perhaps the one soft spot the majority of humanity can share. Sorry cat lovers, there's stats to back that up too! With consistently high approval ratings and innumerable viral videos to their name, even a national newspaper scandal can’t blemish their untouchable positive PR.

Studies have shown that most owners love their pets as much as they love their own children. Indeed, one report claimed that 40% of married female dog owners received more emotional support from their pet than from their husband or children. Dogs can be our salvation. We adore them — but how do we know what they think about us?

Finally, insight has been shared on what makes a pet like people back.

According to New Scientist, tests conducted at Kyoto University showed that dogs were less likely to show affection for a human who was being deliberately unkind. We always knew that compassion was a desirable trait. But now we have scientific proof.

The experiment, led by comparative psychologist James Anderson, began with the dog’s owner attempting to open a box. After failing, the owner would pass the container to an actor, who refused to help. Another actor, on the other side of the owner, did not get involved in the social interaction. The dog showed preference for the passive actor over the person who was asked to help, but didn’t.

The same test was conducted with capuchin monkeys, with similar results. Although both animals were more likely to reject the person who acted selfishly, there was little distinction when choosing between a passive actor and one that actually opened the box.

Anderson links the behaviour of dogs and monkeys to that of human infants. The instinctual reaction to bad behaviour is to exclude. Kiley Hamlin, a professor of Psychology at the University of British Columbia, backed this up in an interview with New Scientist.

Read More: What to Learn from Oddball, the Dog Protecting Penguins

“This exclusion not only means that individuals who make social evaluations can themselves avoid harmful social interactions, but it also could serve to discourage individuals from behaving badly in the first place,” Hamlin said. “Presumably they do not wish to be excluded from the social system.”

Both Hamlin and Anderson agree that basic moral instinct leads people to like others less when they show negative behaviour. Self-control, then, is paramount. If you don’t believe me, ask this doberman.

Essentially, the study proves that if you can do something good, and you don’t, then dogs will judge you for it. Take from that what you will. Compassion is the key to everything, and we’re going to need it in heaps to heal the divides that keep our world from moving forward. If you don’t want do it for humanity, then do it for a dachshund.

Now go forth, take action as a Global Citizen on the world’s most challenging issues, and watch this video of a golden retriever called Louboutina giving free hugs to strangers in New York. You’re welcome.