The Doctor is female, and most think it's fantastic. Don’t believe the Daily Mail comments section. 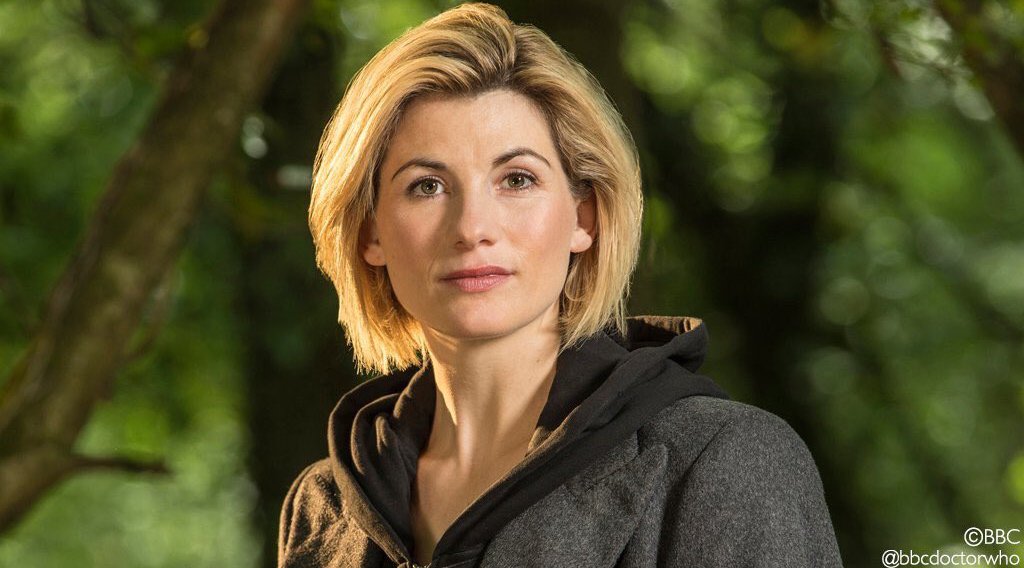 The Doctor is now female.

You probably already know this. In all likelihood, you are cool with it. But some, it seems, are not.

The BBC announced the new direction of its long-running sci-fi television show "Dr. Who" in a short advert following the Wimbledon final on July 16. Peter Capaldi will sign off as the revered time-traveling alien in the forthcoming Christmas special. Jodie Whittaker, 35, will take his place as the 13th Time Lord. It’s the first time a woman has ever played the role.

“It feels completely overwhelming, as a feminist, as a woman, as an actor, as a human, as someone who wants to continually push themselves and challenge themselves, and not be boxed in by what you're told you can and can't be," Whittaker told the BBC. "Because this is a really exciting time, and Doctor Who represents everything that's exciting about change.”

For a while, it seemed like the internet was divided on the appointment. The Evening Standard described fans “in meltdown.” Predictably, derision could be compartmentalised into the usual right-legged pockets of the internet, including ex-LBC presenters and, of course, the Mail Online comments section.

But that’s not the whole story. In fact, it’s barely a breath.

Many felt dismayed by reports that the announcement was greeted by misogynistic cries of protest. Criticism shouts louder than praise, after all. But research - actual numbers and data and stuff! - from Brandwatch’s Natalie Meehan examined almost a million mentions on social media to suggest a different, altogether more positive picture.

In posts categorised by sentiment, it appears that 80% of people reacted positively, compared to 20% who did not. So, for the most part, the majority of humanity dig the new Doctor being female. The optimism isn’t rose tinted. If anything, it’s Rose-approved.

“Despite this, a lot of focus in the media has been firmly on the reaction of some who feel that allowing a woman to play the Time Lord is heresy,” Meehan wrote.

The Pool columnist Sali Hughes called the heat - now confirmed as little more than a damp spark from a Poundland lighter - as “insignificant whining.” For the 162 people who signed the petition to restore the role to a male, there’s a helpline you can call. For everyone else, please relish the joy of going back in time, again and again, to watch this young girl discover that her hero now looks a lot like she does.

Imagine the kids who will fight over who gets to play Jodie Whittaker in the playground? Just this year, the Doctor welcomed his first openly gay companion, played by Pearl Mackie, to the TARDIS. A decade earlier, Russell T. Davies wrote the charismatic, bisexual Captain Jack Harkness into the first reinvented season of Doctor Who. British author Caitlin Moran now credits his popularity to the nationwide welcome mat rolled out for same-sex marriage in the UK eight years later.

“(Captain Jack Harkness) was absolutely accepted straight away and people love that character, and that’s just something that only art can do,” Moran told Dame Magazine in 2014. “Like especially in the world, no equality in ministerial government can you make 10-year-old boys want to play-act to be a bisexual man.”

I took Daily Mail comments from people angry about a possible Female Dr Who and turned them into episode titles for the new series pic.twitter.com/k586EeVpld

Whittaker now takes her place at the epicenter of a historic moment in British pop culture. Pronouns can be powerful, especially when they can echo through all of time and space. A galaxy-hopping refugee alien Doctor? Much like its human counterpart, the vast majority now understands that, yes, even a woman could do it.