Why Global Citizens Should Care
For Hindus, Diwali is one of the most important festivals of the year. Across India and around the world, people gather to welcome the new year and celebrate good prevailing over evil. Join us in taking action here to support the global goals.

This week, communities across India and around the world are celebrating Diwali, the Hindu festival of lights.

Diwali customs vary from place to place, but they can range from wild celebrations in the streets to wholesome feasts with family and friends to setting off firecrackers — and much more.

Those who celebrate put small oil lamps made of clay called diyas in their doorways, while windows and doors are left open and colorful drawings of nature, called rangolis, are drawn in the entrances to homes.

During Tuesday evening's festivities, Ayodhya, a city in northern India, made it into the Guinness Book of World Records for the largest display of oil lamps on Diwali, lighting more than 300,000 lamps.

"The modern world is changing, and festivals are the only way to keep our culture and traditions alive," Heena Damle, a woman in Mumbai told CNN. "For us, Diwali is the victory of good over evil, the returning of good back into our lives and starting a new year with a positive approach and forgetting all the bad that has happened."

Here are some of the best photos of this year's Diwali celebrations around the world. 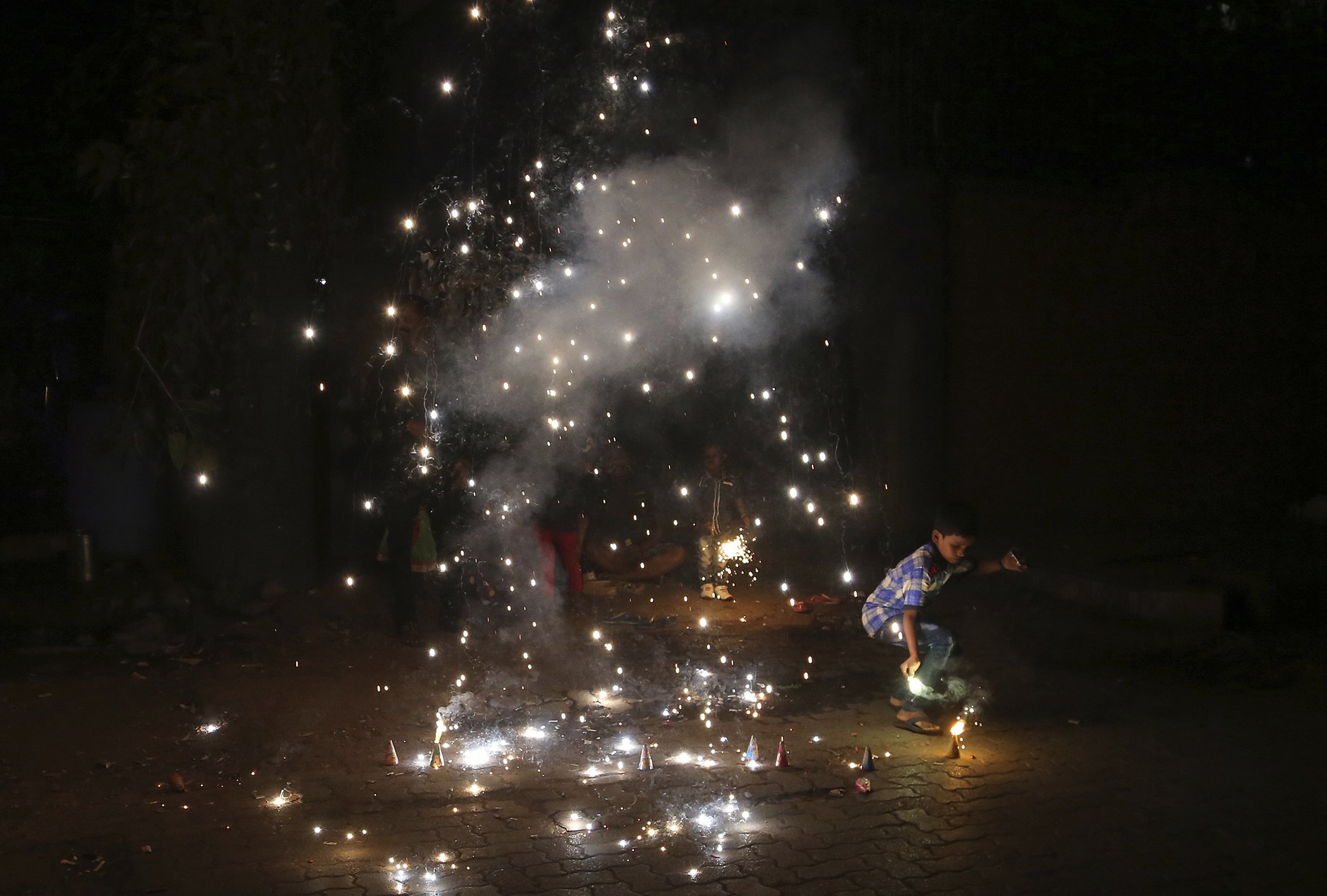 Pakistani Hindu light sparklers during Diwali Festival celebrations in Lahore on Nov. 7, 2018. Diwali, the Hindu festival of lights, marks the triumph of good over evil, and commemorates the return of Hindu deity Rama to his birthplace Ayodhya after victory against the demon king Ravana.

Indian athletes watch fireworks at the Madan Mohan Malviya stadium on the eve of the Hindu festival of Diwali in Allahabad on November 6,2018. 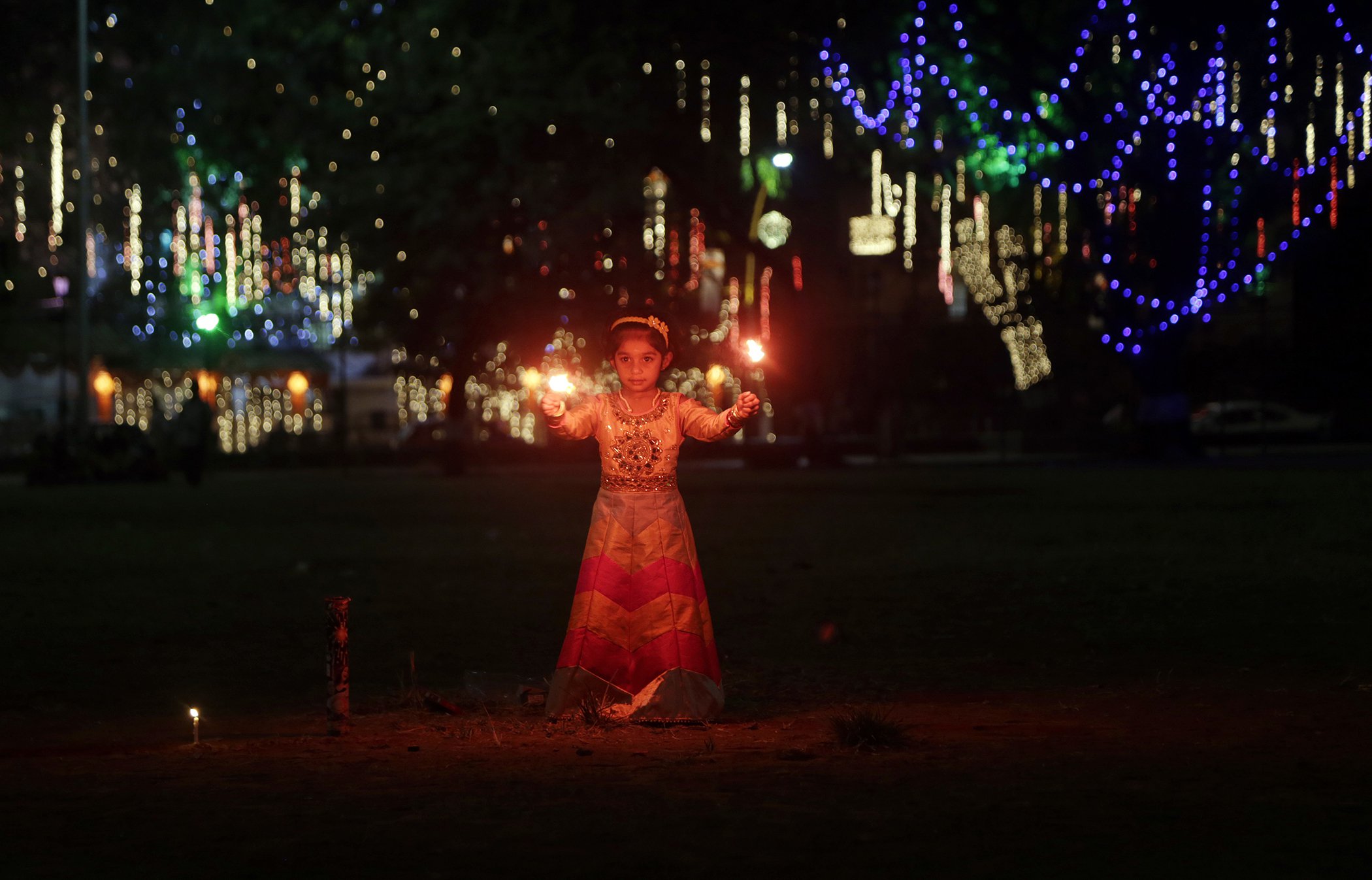 An Indian girl lights fire crackers as she celebrates Diwali, the festival of lights at a playground in Mumbai, India, Nov. 7, 2018.
Image: Rajanish Kakade/AP

Photos of Diwali, Hindu Festival of Lights, From Around the World