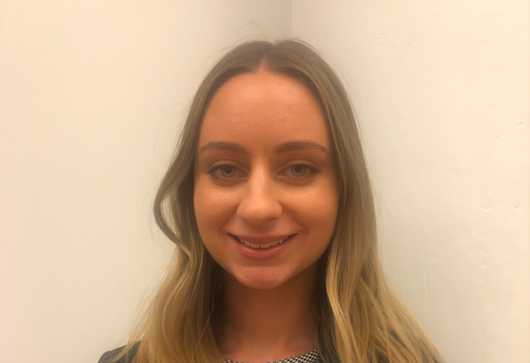 With time, the camps become villages. At the Doholo camp, most refugees from the Central African Republic have been living here since 2014, like M.D., whose disability does not facilitate access to employment and every day activities.
2018 European Union (photo by Dominique Catton)
AdvocacyCitizenship

Their plight worsens in conflict zones.

Earlier this year, Monique Douma, a 40-year-old woman with a physical disability, was killed during violent attacks in Ouham Pendé province in the Central African Republic. On May 21, fighters from the armed group Return, Reclamation, Rehabilitation (3R), entered the town and immediately started firing on civilians, killing 46 people, including two with disabilities.

According to a relative, Douma couldn’t run when it was time to flee. “I don’t have the strength to run,” she had said at the time. Douma’s home was burned down while she hid inside.

Cesar Tussessekia, a 36-year-old father of five, was also killed after being shot in the back. Cesar wouldn’t have heard the earlier shooting because he had an audible disability.

The Situation in the CAR

Those who tried to flee were threatened or shot. A mother of six who did not have the ability to walk escaped the town of Ngououaka during the conflict and endured the dangerous one-week, 15-kilometer journey to Kaga-Bandoro alone, crawling on her hands. Some people with intellectual disabilities did not know they should flee. A 29-year-old man with an intellectual disability was abandoned when the Kaga-Bandoro camp was attacked.

For PWDs in internal displacement camps, conditions are particularly harsh. PWDs are often left hungry as they may not receive rations through an assistance program. People with physical disabilities often cannot access showers and toilets because they lack ramps and are too small for wheelchairs. One person interviewed described having to walk with his hands to the toilets because access is so difficult. The unhygienic and dirty conditions expose PWDs to a number of health and safety risks.

Even in displacement camps, people aren’t protected from violence, and those with disabilities are at an even higher risk. An attack on a displacement camp in the town of Alindao on Nov. 15, 2018, which killed between 70 and 100 civilians, killed many PWDs. Those who were unable to run were especially vulnerable, and many who couldn’t manage to escape were burned to death inside their houses, Amnesty International reports.

Related Stories Nov. 23, 2018 5 Facts About Living with a Disability in the Developing World

The Central African Republic has been in crisis since late 2012, when "armed groups began a campaign of sectarian violence" in the country’s capital, Bangui, according to UNICEF. Violence has dramatically resurged in 2019, and the CAR is now considered one of the world’s worst humanitarian crises. There are over 605,000 refugees from the CAR, and 655,000 internally displaced, according to UNHCR, the UN Refugee Agency.

The two groups implicated in the recent May killings — 3R and Abass — have signed a peace accord to end such crimes, yet violence continues unabated. The African Union-mediated peace accord was signed in February 2019, following 18 months of talks with 14 armed groups and the central government.

Living With a Disability in the CAR

The difficulties experienced by people living with disabilities in the CAR extends beyond violent attacks. Access to education is a major challenge, and very few children are enrolled in schools in displacement camps. The route to the school in the M’Poko camp is not wheelchair-accessible, and teachers aren’t equipped to teach in inclusive methods, leaving children with sensory or intellectual disabilities unable to attend the school. Some parents told Human Rights Watch that they are nervous to send their children to school because they are afraid their children’s physical disabilities will prevent them from fleeing attack.

People with disabilities are often victims of discrimination in the CAR. The minister for the advancement of women, family, and child protection, Aline Gisèle Pana, said that this was regrettable, but that there was not much she could do.

“Unfortunately, [the government’s] priority lies with peace and security. All social issues are sort of put on hold,” she said.

Célestin-François Ounada-Moutengah, president of the National Organisation of Disabled People (ONAPHA) of the Central African Republic, said that despite the Law on the Status, Protection, and Promotion of Persons with Disabilities, passed in 2000 and implemented in 2002, people with disabilities in the CAR do not enjoy any special protections in everyday life or in times of conflict.

The legal provisions in the 2000 Act are rarely enforced, Ounada-Moutengah said. People with disabilities in the CAR experience daily problems accessing basic education, vocational training, employment, health, housing, transport, and public and private infrastructure for collective use. In addition, inaccessibility of information and communication — largely due to the lack of sign language interpreters or Braille documents — often deprives PWDs of their right to freedom of expression. They are not granted an effective right to be elected, to be part of the electoral administration, or even to vote.

Ounada-Moutengah told Global Citizen that these barriers — particularly lack of attention from policy makers and development partners, lack of professional training, and inaccessibility to employment and credit — mean people with disabilities are more likely to live in poverty or precariousness. PWDs commonly experience discrimination, and those with sensory and intellecual disabilities are often the most vulnerable due to the complexity of their disability and community stereotypes associated with disabilities.

What Progress Is Being Made?

Some improvements have already been made, such as improved representation of people with disabilities on national committees, including one representative on the National Employment Committee, and two representatives on the Economic and Social Council.

People with disabilities have been largely neglected in the humanitarian response to conflicts around the world, including in the Central African Republic. There have been increased calls to protect PWDs in conflict and to improve how humanitarian responses address the needs of PWDs. On June 20, 2019, the UN Security Council acted unanimously to adopt resolution 2475, calling upon member states and parties to armed conflict to protect people with disabilities in conflict situations and to ensure they have access to justice, basic services, and unimpeded humanitarian assistance.

TopicsDisabilitiesCurrent eventsDiscriminationViolenceConflictDisabilityInclusionToleranceCentral African Republic
With time, the camps become villages. At the Doholo camp, most refugees from the Central African Republic have been living here since 2014, like M.D., whose disability does not facilitate access to employment and every day activities.
2018 European Union (photo by Dominique Catton)