The Indian gymnast is the first to qualify for the Olympic women’s vault final. 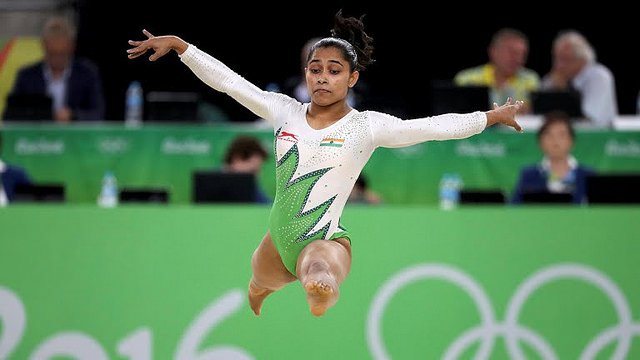 In many ways, Dipa Karmakar shouldn't be in Rio competing for the gold medal in gymnastics.

First, she was born in a country crazy for cricket and Karmakar’s love for gymnastics made her an outlier in India.

Then there's her flat feet. When she started training at age 6, she quickly realized they are less than ideal for professional gymnastic careers.

And there is equipment: While many of Karmakar’s peers trained in multi-million dollar facilities with Olympic-grade equipment, Karmakar’s coach, Bisweshwar Nandi, had to create her springboard out of a discarded scooter, while the vault was made out of several crash mats stacked together.

This makeshift apparatus is where Karmakar trained tirelessly, perfecting tactically difficult vaults. She is one of a small group of people ever to attempt the most difficult vault. Called the Produnova vault, the gymnast must do a front-handspring followed by a double somersault.

On top of all of these obstacles were the rumors. Karmakar and Nandi dealt with the criticism that arose in India’s conservative society of an older man spending so much time training a younger girl.

“There were so many ridiculous rumors but I knew that if Dipa produced the kind of results I knew she was capable of, that would silence everyone,” Nandi told Reuters.

Karmakar proved Nandi right at the 2014 Commonwealth Games, where she won a bronze medal. Shortly afterwards, she became the first Indian to reach an apparatus final at the world championships.

What Nandi is concerned about now is shouldering the hopes and dreams of a billion people. Indians throughout the nation are abuzz with excitement and high expectations for Karmakar’s Olympic performance.

Karmakar, on the other hand, shares no such concern, saying to Reuters, “I feel no pressure because if I can just produce what I have trained for all these years, I will be happy. More than anything, I am delighted that Indians now know what gymnastics is all about.”

Karmakar will be competing in the women’s all-around competition on Thursday, August 11, for which she qualified at rank 51. She will also be competing on Aug. 14, 15, and 16. Her Indian fans await her performance with bated breath.