Hope you are well over there...wherever you are.

Just thought I’d get in touch about this spare billion dollars you've supposedly got floating around. I didn’t realise you would be entertaining unsolicited requests for that amount, so I’m sure you can imagine my surprise at this weekend’s events. I should probably start by saying thank you to Kanye West, who brought the reality of your surplus cash dilemma to the world's attentions. I don't wish to deride good Kanye’s request, but it struck me that there might be a few, perhaps quieter social entrepreneurs, who, like Kanye, could do with a bit of financial support in order "to bring dope shit to the world."

For your consideration, the following is a brief list of social enterprises doing amazing work to benefit humanity on a universal scale.

Take for instance Birdsong, who admittedly don’t write or even produce music, but who are at revolutionising exploitative retail supply chains that disproportionately affect women in poverty. Their ethics-led creative endeavours -  which involve sourcing and selling authentic culturally inspired garments made by female community groups from ‘Malawi to Brick Lane’  - ensure that those actually making the clothes, are fairly compensated with a 50-85% share of profits per individual sales. Additionally, Birdsong are a force to be reckoned with as champions of realistic beauty standards. Their operational motto, which is "no sweatshops, no photoshop" testifies to their dedication to improving conditions for all women. Kanye, who considers the term bitch as a term of endearment fit for his own wife, unfortunately has significant ground to cover in this area.

We’ve never had the chance to speak before now, Mark, but I must say that you’ve always struck me as a man with a mind for science. That’s why it's a probably a good idea to lure your focus in the direction of Blue Ventures Conservation. Trust me Mark, you’ll love ‘em. They are a science-led social enterprise that works with coastal communities to develop transformative approaches for nurturing and sustaining locally-led marine conservation. How many records have they sold? ...not a solitary single. But as of now, February 2016, their work has positively impacted more than 100,000 of the world’s poorest coastal people. 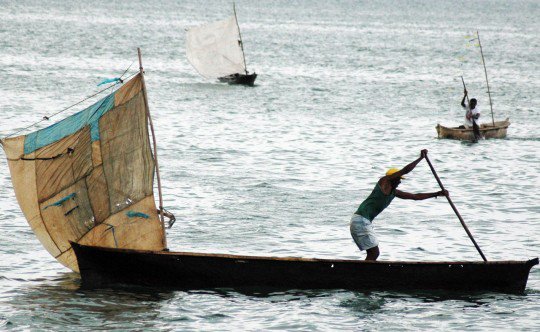 Afroes are another great social enterprise who likely never thought of soliciting you directly for a billion dollar grant. Their ideas, albeit less ambiguous than Kanye’s mysterious ‘Kanye West ideas’, are actually pretty inspiring. They are a mobile-first enterprise whose goal and purpose is to position African youth for prosperous futures by innovating their skills acquisition and connecting them to opportunities typically denied them. Through games-based educational products, Afroes are assisting deprived youth in overcoming crippling social constraints such as mass unemployment. Basically, they're great and investment in them is an investment in product that would be scalable across multiple countries.

Certainly, I understand the emotional and financial burden of debt. It's not a pleasant experience for anyone to go through. That said, we must all make a concerted effort to prioritise the world’s least privileged, those among us that are systematically denied the opportunities afforded to many. Kanye’s debt, according to Forbes could be solved relatively quickly, if he were to hit the tour trail with his latest project, which of course is what musicians tend to do. If he were to tour, he could likely expect to earn a nightly average gross $1.1 million (USD), which means that if he were to control his spending, in less than a couple of months he would be well on his way to clearing his debt.

Meanwhile, for the rest of the world’s economically oppressed, the notion of being able to clear debt within a short matter of months is entirely unachievable. So Mark, the point is that while Kanye and the general state of hip hop will likely be fine without any contribution from you, there are many organisations like those listed above that would greatly benefit from your assistance.

Mark, you've been a hero to many from supporting schools to you and Priscilla's recent pledge to donate 99% of your Facebook shares to benefit the next generation. I hope my list introduces you to a few more ideas for your philanthropy.

Your friend (a guy can hope),