"It's the one voice you have. You can sit home and complain but it's the one say you get."

The show itself was a change from the block-party vibes in Vegas. The indoor venue provided warm shelter from both the contentious political climate and the weather. It also gave everyone a chance to illustrate the importance of voting.

Read More: Vic Mensa and Taco Trucks Get Out the Vote in Las Vegas

The event was supported by Nex Gen Climate, IHeartRadio, Democracy Fund Voice, TargetSmart, and Ohio Student Association. Lyft provided discounted rides to voters to get to the polls.

After a pumped-up performance from the talented 17-year-olds of the Fort Hayes School Band, host Jerry DePizzo opened up the show, while the crowd filed into Express Live enjoying free pizza and beverages.

“We step up and we take action," said DePizzo. "That’s how we can solve the world’s biggest challenges. Starting right here in this election."

Then Chord Overstreet kicked off with a powerful set, inspiring all audience members to “have your voice heard.”

"It's important to vote and have your voice heard" @chordoverstreet#ShowUpVotepic.twitter.com/amZ7T5sqsY

Overstreet understands the ability of music to reach people across the world. “There is a lot of power in music. One song can affect one million people,” Overstreet told Global Citizen. 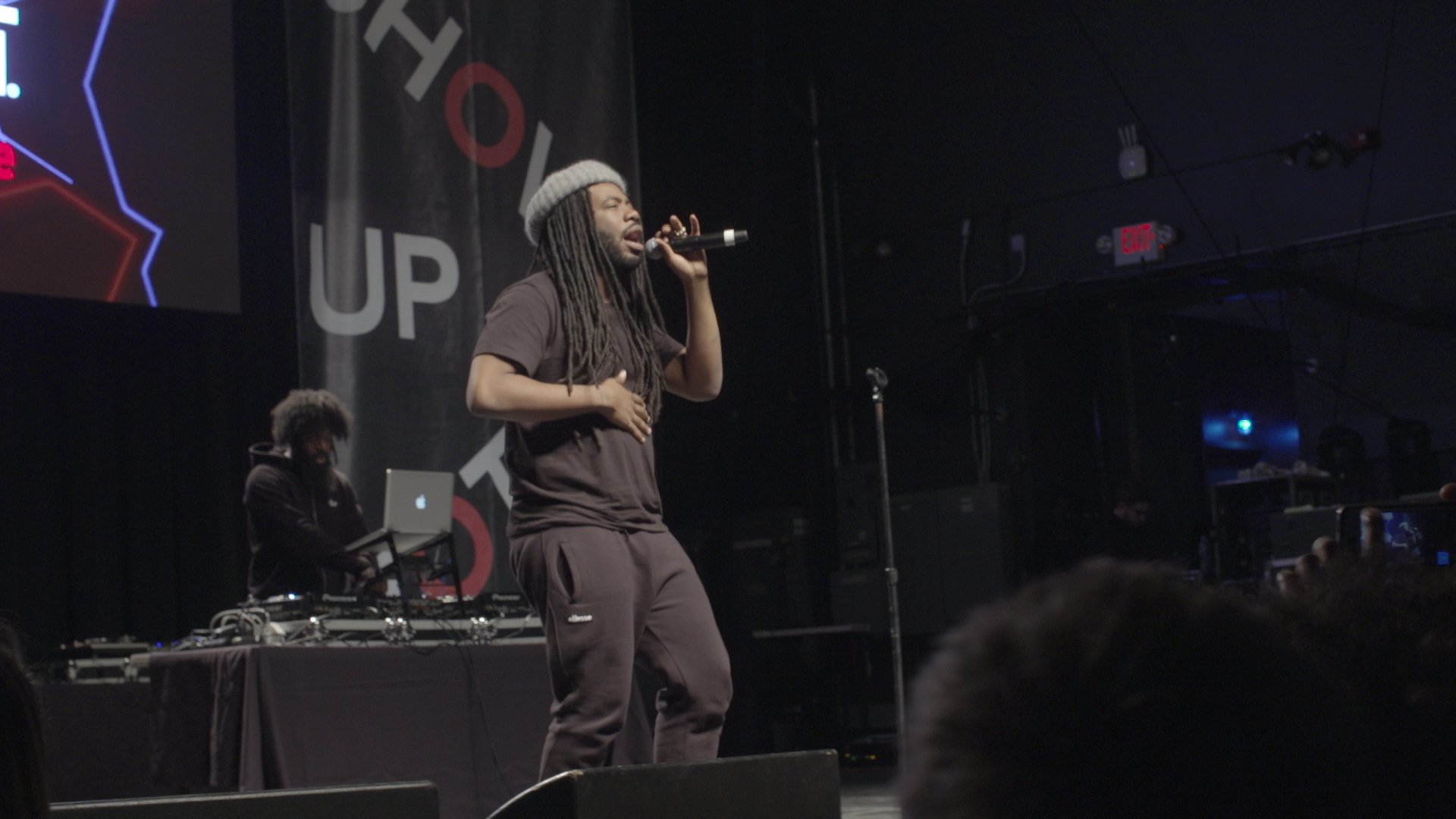 And in a touching moment of local empowerment, Nick D & The Believers took the stage and Nick shared that he has personally voted in Columbus.

“Tackling gender equality, solving the refugee crisis, ending climate change – these all begin with how we, as citizens, use our voice – no matter what your politics,” said DJ City Newwss.

The venue was full of engaged students, passionate local citizens, a few adorable kids, and of course Ohioans eager to celebrate early voting in one of the key swing states prior to Nov. 8.

You're never too old or young to #Showup for good music, free food, and a great cause! pic.twitter.com/zQxzPs3DGu

Early voting started in Ohio on October 11 – so it was no surprise that plenty of Ohioans were ready to share their passion to #ShowupVote. Among the issues they care about and would like to hear more of from US Presidential candidates and their own local politicians before the election are climate change, poverty (on both local and global scales), the economy, and race and inequality.

Read More: Voting in Ohio: Everything You Need to Know

Voting matters because: "It's the one voice you get. You can sit home and complain but it's your one say." #ShowupVotepic.twitter.com/2XhdZQOTIO

“My main concern is climate change and of course women’s rights,” said Cassie Crisp a student who traveled from Pittsburg, Pennsylvania for the event.

Overall, the message to get and vote could not have been louder in Columbus.

“Fighting for the right to vote has been so important throughout history," said Sherry Bean-Lloyd of ColumbusBlack.com. "I don’t think anyone should stay home."

"Affordable housing is a big issue for us" pic.twitter.com/STFhGMdUa1

The audience was booming by the time De La Soul, who is passionate about improving the economy, Syria, and education took the stage and closed the show.

“We are a group that has been blessed to travel, " De La Soul told Global Citizen. "We are a group that has been to Syria and met people there and saw how beautiful it was and then just several months later we saw that these beautiful places are now gone. So understanding the importance of everyone being able to have a life that is safe from terrorism [is important.]”

"Make sure you get out there and vote" @WeAreDeLaSoul#ShowupVotepic.twitter.com/oqE1HME7bR

Read More: Voting in Florida: Everything You Need to Know

Next up Orlando, Florida, on Nov. 3! Until then, we hope everyone takes the words above from De La Soul to heart.