Attenborough to the rescue. 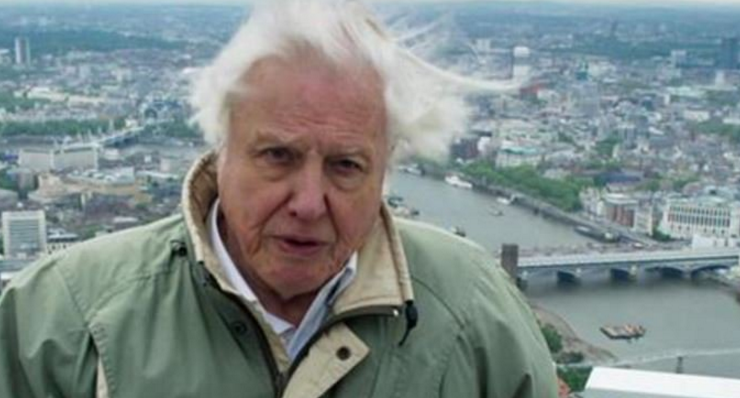 Millions of viewers were left with their hearts close to breaking-point during the final episode of David Attenborough’s "Planet Earth 2," a documentary TV series airing on BBC2 in the UK that looks at how animal habitats are faring in a changing world.

Viewers of the show saw the future of hundreds of baby turtles were in peril after they hatched on a Barbados beach, attempting to reach the sea.

These hawksbill turtles have been unable to adapt to the urban environment #PlanetEarth2pic.twitter.com/EpLNI9CbST

Normally guided toward the water by moonlight, the young hatchlings became confused by the bright lights of the city. In an increasingly urbanized world, many species including the hawksbill turtle have not been able to adapt to the rapid pace of change in the landscape, where night and day are almost indistinguishable from each other.

Disoriented by the city lights, the baby turtles headed toward the land where predators and other threats awaited. It’s distressing to watch (spoiler alert). You watch the hatchlings attempt an obstacle course through the town’s myriad dangers — from plastic cups and drains that swallow them whole, to cars that run over their leathery backs. It seems inevitable that they will never find their way back home.

The image of the turtles lost in the urban landscape made a harrowing impact.

Why is no one helping the baby turtles? #PlanetEarthpic.twitter.com/gFy4AQJ5TD

That image of a turtle floundering in a plastic cup & storm drain is probably the most heartbreaking thing I have seen on TV. #PlanetEarth

As the episode entered its final segment, viewers were left on the edge of their seats wondering what would become of the baby turtles. Attenborough took to the screen to deliver this important message:

"It is surely our responsibility to do everything within our power to create a planet that provides a home not just for us, but for all life on earth."

We must protect our planet, and all those creatures who call it home. #PlanetEarth2pic.twitter.com/9WpOWbMXgr

But these were not just words. No. The BBC has revealed that the Planet Earth team practice what they preach. After shooting the baby turtle scene, the film crew worked with local conservation charity the Barbados Sea Turtle Project, to return every turtle hatchling it saw or filmed back to the sea.

Every turtle that was seen or filmed by the #PlanetEarth2 crew was collected and put back into the sea.

It’s a bold move. In the past, Attenborough has claimed that no matter how difficult it is to watch, film crews must not intervene as this could cause more harm than good. They must let nature run its course. In this instance though, a BBC source claims the crew chose to take action because the situation was “man-made" — one step closer to restoring the balance humans have unsettled.

Proof that we can all do more than sit and stare as the world changes around us, Attenborough has once again reminded millions that Planet Earth is worth watching — and most importantly, worth protecting.

If David Attenborough is telling the human race to step up its game to save wildlife, YOU STEP UP YOUR GAME #PlanetEarth2

Read More: Giraffes Are at Risk of Extinction — Here's How You Can Save Them