Here’s what could happen now.

Finally, some good news for Dreamers.

The 800,000 immigrants living in the US legally under the Deferred Action for Childhood Arrivals (DACA) program  — known as Dreamers —will be allowed to stay, for now, after a federal judge in California ruled that the Trump administration must “maintain the DACA program on a nationwide basis,” the New York Times reports.

According to the ruling, which was made by Judge William Alsup of San Francisco’s Federal District Court, DACA recipients stood to “suffer serious, irreparable harm” if they were sent back to their home countries.

This decision could set in motion a legal battle that could reach the Supreme Court, the Times reported. It also comes as lawmakers in Washington debate pass legislation to protect “Dreamers,” with President Trump seemingly coming out in favor of a “clean” Dream Act in a meeting with Sen. Dianne Feinstein (D-CA) on Tuesday, before the White House would later backtrack on his statement.

DACA was put in place by the Obama administration in 2012, after Congress failed to pass the “Dream Act” the year prior, which would have offered immigrants a “path to citizenship”. The goal of DACA was to provide temporary relief to undocumented immigrants who were brought to the United States as children, allowing them to attend college, hold jobs, and receive driver’s licenses.

In order to qualify for DACA, immigrants had to be younger than 16 years old at the time of their arrival to the United States, and could not have a serious criminal record. An estimated nine in 10 DACA recipients hold jobs in the US and nearly three in four are in higher education, according to the left-leaning think-tank the Center for American Progress. 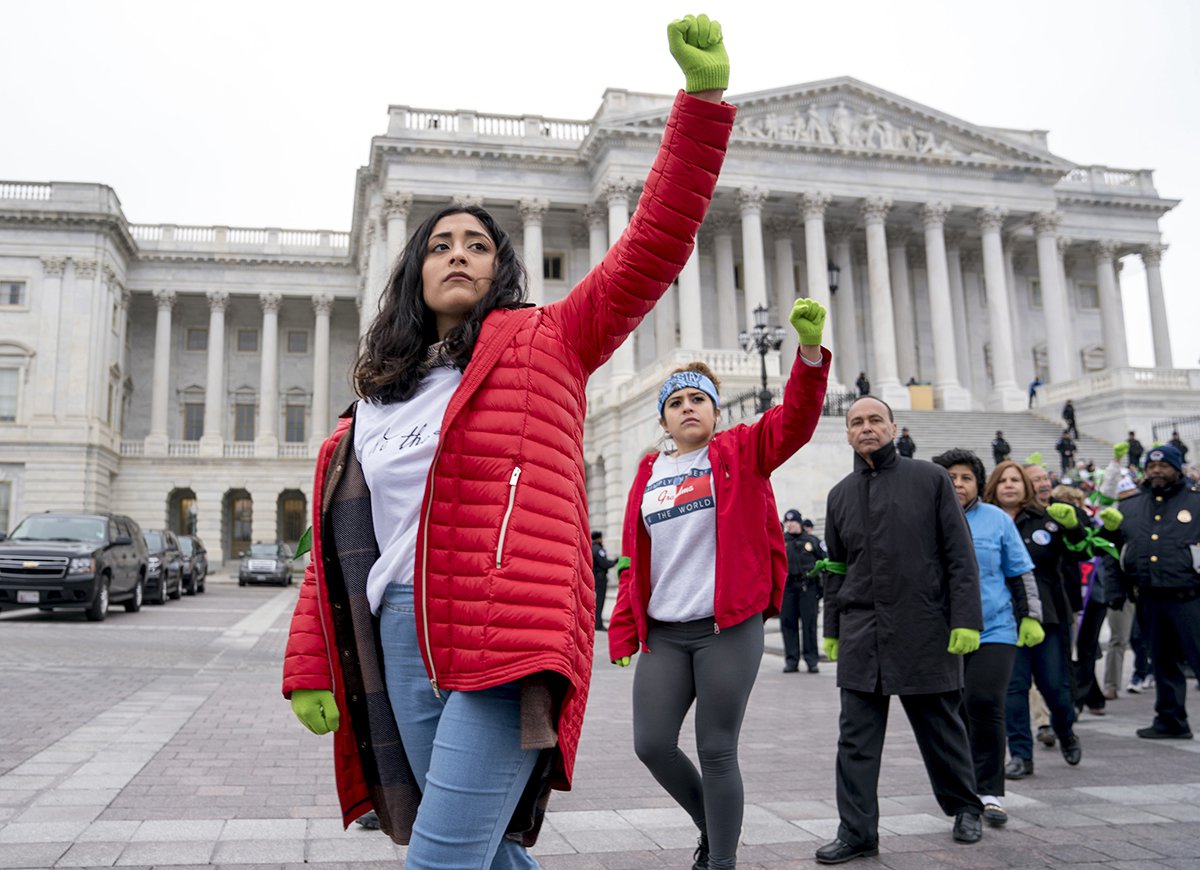 Global Citizen campaigns on the Global Goals for Sustainable Development, including goal number 10: reduced inequalities. This includes facilitating the “orderly, safe, regular and responsible migration and mobility of people.” You can join us and stand with refugees and migrants around the world here.

Reactions to the decision were mixed, with some praising the judge’s decision and others, including President Trump and Senator Chuck Schumer, urging a legislative solution to the fate of DACA recipients.

As I made very clear today, our country needs the security of the Wall on the Southern Border, which must be part of any DACA approval.

It just shows everyone how broken and unfair our Court System is when the opposing side in a case (such as DACA) always runs to the 9th Circuit and almost always wins before being reversed by higher courts.

Further evidence that the Trump Administration’s decision to pull the rug out from under these young people by ending DACA was not only immoral, but illegal. https://t.co/T2r5BNRfXf

This is great news for Dreamers. As a coequal and nonpartisan branch of government, the court ruling reinforces Congress' mandate to work in a nonpartisan way to pass the #DreamActNow. https://t.co/M3e1zWGh5f

Schumer (D-NY) called on Congress to pass legislation to protect DACA recipients as part of a government spending bill.

“Let me be very clear, the ruling last night in no way diminishes the urgency of resolving the DACA issue,” Schumer said. “The fact remains the only way to guarantee the legal status for Dreamers is to pass DACA protections into law and do it now. For that reason a resolution to the DACA issue must be part of a global deal on the budget.”

Immigration advocates also called for a permanent resolution to DACA and the Dream Act.

"We need permanent protection, and we do not want to be at the whim of a back and forth legal strategy," a member of the immigrant-led advocacy organization United We Dream, Erika Andiola, wrote in a statement.