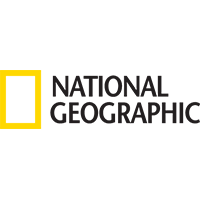 Fundamental Feasts: For some cultures, eating off the land is—and always has been—a way of life.

Some experts say modern humans should eat from a Stone Age menu. What's on it may surprise you.

As we look to 2050, when we’ll need to feed two billion more people, the question of which diet is best has taken on new urgency. The foods we choose to eat in the coming decades will have dramatic ramifications for the planet. Simply put, a diet that revolves around meat and dairy, a way of eating that’s on the rise throughout the developing world, will take a greater toll on the world’s resources than one that revolves around unrefined grains, nuts, fruits, and vegetables.

Until agriculture was developed around 10,000 years ago, all humans got their food by hunting, gathering, and fishing. As farming emerged, nomadic hunter-gatherers gradually were pushed off prime farmland, and eventually they became limited to the forests of the Amazon, the arid grasslands of Africa, the remote islands of Southeast Asia, and the tundra of the Arctic. Today only a few scattered tribes of hunter-gatherers remain on the planet.

That’s why scientists are intensifying efforts to learn what they can about an ancient diet and way of life before they disappear. “Hunter-gatherers are not living fossils,” says Alyssa Crittenden, a nutritional anthropologist at the University of Nevada, Las Vegas, who studies the diet of Tanzania’s Hadza people, some of the last true hunter-gatherers. “That being said, we have a small handful of foraging populations that remain on the planet. We are running out of time. If we want to glean any information on what a nomadic, foraging lifestyle looks like, we need to capture their diet now.”

So far studies of foragers like the Tsimane, Arctic Inuit, and Hadza have found that these peoples traditionally didn’t develop high blood pressure, atherosclerosis, or cardiovascular disease. “A lot of people believe there is a discordance between what we eat today and what our ancestors evolved to eat,” says paleoanthropologist Peter Ungar of the University of Arkansas. The notion that we’re trapped in Stone Age bodies in a fast-food world is driving the current craze for Paleolithic diets. The popularity of these so-called caveman or Stone Age diets is based on the idea that modern humans evolved to eat the way hunter-gatherers did during the Paleolithic—the period from about 2.6 million years ago to the start of the agricultural revolution—and that our genes haven’t had enough time to adapt to farmed foods.

A Stone Age diet “is the one and only diet that ideally fits our genetic makeup,” writes Loren Cordain, an evolutionary nutritionist at Colorado State University, in his book The Paleo Diet: Lose Weight and Get Healthy by Eating the Foods You Were Designed to Eat. After studying the diets of living hunter-gatherers and concluding that 73 percent of these societies derived more than half their calories from meat, Cordain came up with his own Paleo prescription: Eat plenty of lean meat and fish but not dairy products, beans, or cereal grains—foods introduced into our diet after the invention of cooking and agriculture. Paleo-diet advocates like Cordain say that if we stick to the foods our hunter-gatherer ancestors once ate, we can avoid the diseases of civilization, such as heart disease, high blood pressure, diabetes, cancer, even acne.

That sounds appealing. But is it true that we all evolved to eat a meat-centric diet? Both paleontologists studying the fossils of our ancestors and anthropologists documenting the diets of indigenous people today say the picture is a bit more complicated. The popular embrace of a Paleo diet, Ungar and others point out, is based on a stew of misconceptions.

This post is an except from “The Evolution of Diet,” a story originally published in National Geographic Magazine. Access the interactive, online edition to read the full story and view additional compelling videos and photography featuring diets around the globe. Then checkoutNational’s Geographic’sFuture of Foodseries to learn more about challenges and solutions to feeding our growing planet. You can also join the conversation on social media using #FutureofFood.