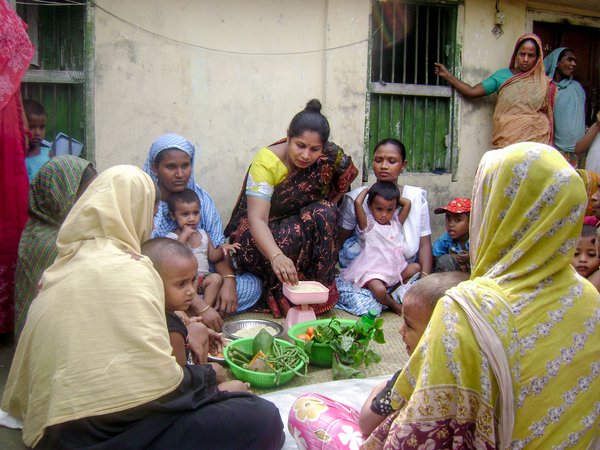 When it comes to food, the French have it right – or they did. Before the big-mouthed “Le Big Mac” outmuscled traditional cuisine onto the lunchtime menu. But as globalization’s ‘time is precious’ mantra trumps everything, a quick baguette washed down with a cheeky Coke is the more likely be plat du jour for the put-upon French worker.

This is not just the case in France; lunch is a rushed affair for many city dwellers in Bangladesh.

The difference is many families in Bangladesh lack the knowledge of proper diet and nutrition – as was the case for one mother of three, Mrs. Sahnaj, until World Vision inspired her to shift to a nutritious diet.

It began with a casual conversation five years ago which transformed her life. A neighbor mentioned World Vision’s work in the area and Mrs. Sanjah decided to see for herself. The concerned mother visited the organization’s local office and was invited to join one of its nutrition classes. There she learned the practices of other parents who have well-nourished children.

“As well as not having enough food, I didn’t know anything about nutrition, so we were malnourished and had various health problems,” Mrs. Sahnaj, 30, said.

The access of knowledge led to significant changes in the family's daily menu, and overall health. 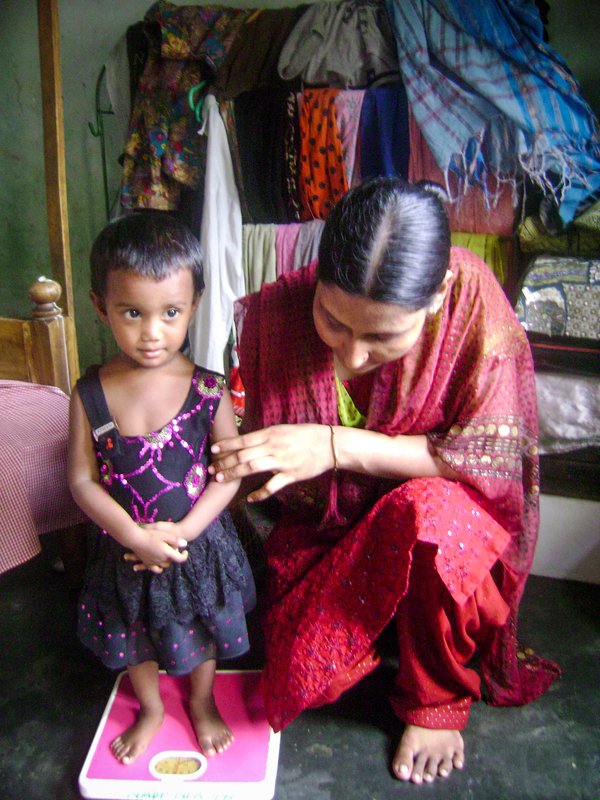 “I learned that beans, eggs and liver all contain protein, whereas before I thought only meat, fish and milk did, so I’ve changed what I give to my children,” she told World Vision.

Lima, Mrs. Sahnaj’s youngest child, was only one when her mother began feeding her with a recommended diet and she has since grown into a healthy young girl who is loving her first years of school.

Mrs. Sahnaj also discovered the role of vitamin A (which can be found in many cheap, locally available foods, such as mangos, papayas and selected small fish) in preventing night blindness and about the essential need for safe drinking water.

The instructors also stressed the vital importance of exclusively breastfeeding infants, the advantages of waiting before having another baby, and how to weigh children.

“I learned about personal hygiene too,” she continued. “I didn’t know that we should bathe regularly, brush our teeth well and wash our hands before meals and after going to the loo in a proper toilet.”

The mother passed on her new knowledge to as many locals as possible, encouraging them to join the classes as well.

Practicing what she preaches means her family is healthier, so she and her husband can work every day and the children can attend school regularly, inspiring her dream for her children to become government officials one day. 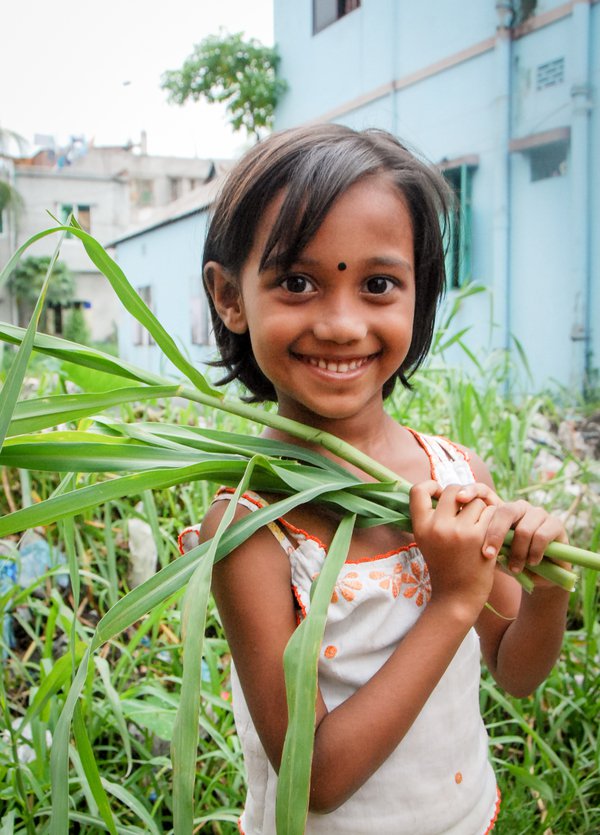 Now with her newfound knowledge of nutrition takes pride in preparing nutritious lunch as fast as the French. She even gives Usain Bolt a run for his money as she sprints home after a morning spent fashioning cheap but cheerful clothes in a garment factory alongside her husband, Mr. Liton, to prepare a healthy midday meal for her three young children Shanto, 10, Lisa, 8, and Lima, 5.

The three children finish their lunch as fast as they can before returning to play in the dusty lane near their home, often not fully appreciating their mother’s effort.

Every day, Mrs. Sahnaj makes sure her family has a proper breakfast and lunch together so the children feel less worried about their parents’ daytime absence.

“I’m a new woman with a happy family,” Mrs. Sahnaj says with a smile. “Many of my friends come to me for help and I’m proud that I can thanks to World Vision’s care for poor people.”

A HungerFree world is possible. Let’s invest in future generations, who could someday be future Olympians, by making sure everyone has access to the right foods, enough nutritional food, and sustainable food resources for the future.