"Women have the right to bare arms." 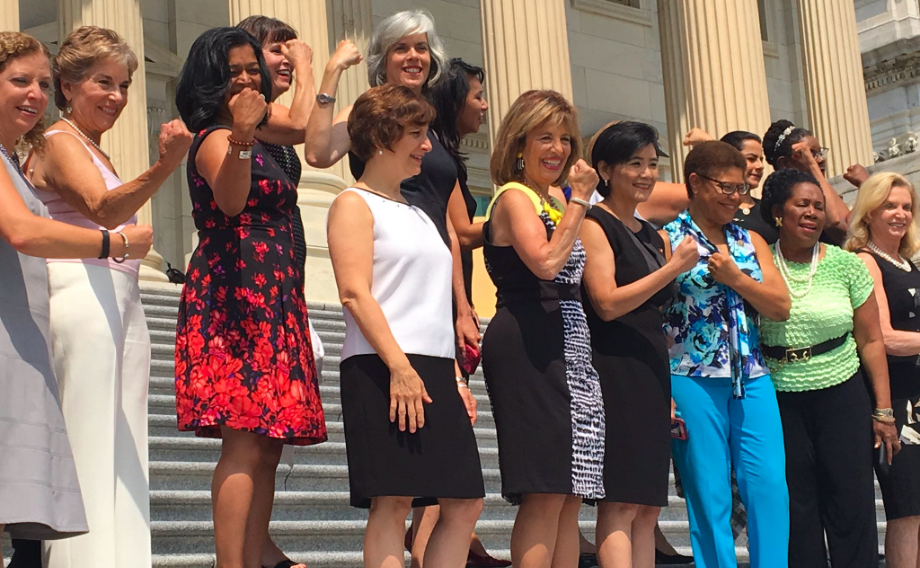 In what seemed like a throwback to an earlier era, female reporters were escorted out of a chamber in the House of Representatives earlier in the week for wearing sleeveless dresses and open-toed shoes.

They were apparently violating the dress code — a fact that Speaker of the House Paul Ryan acknowledged in a press conference on Thursday, when he vowed to take a look at and modernize the dress code so such incidents wouldn't happen again.

For many congresswomen, the incident was absurd no matter how you looked at it and represented the outdated expectations that often surround gender throughout the country.

So on Friday, congresswomen stood up for their "right to bare arms," by wearing sleeveless dresses and open-toed shoes. It was the whimsical idea of Congresswoman Jackie Speir of California, who was tired of seeing women being told what to wear.

Dozens of colleagues dressed in solidarity with Speir and the reporters and made it known that they should be able to dress how they want. Even some male colleagues showed up in short sleeves to show support.

On #SleevelessFriday@RepSpeier tells me she thinks House dress code had been selectively enforced & was not fair to females in press. pic.twitter.com/hue0ZIxCUh

Thank you to all my colleagues who joined me for #SleevelessFriday -- because women have the right to bare arms! pic.twitter.com/PhMEf2v4ZP

The House dress code must be updated to respect a woman's right to bare arms - #SleevelessFridaypic.twitter.com/Oyjv22Wfqv

Proud to join my colleagues for #SleevelessFriday! It's time to modernize the dress code here at Cap. Women have the right to #BareArms! pic.twitter.com/WZ9xfVN5kN

In the US, gender barriers pervade politics at all levels. Only 19.4% of Congress members and 24.8% of state legislators are women. Just four of the current 50 governors are women and only 37 women have ever served as governors in the history of the country.

This disparity plays out in many subtle and not-so subtle ways, from hiring and wage discrimination, to being openly disparaged by male colleagues. It's a problem that Global Citizen is exploring in a new series called "Who Run the Gov? Girls!"  Read more here.