Take action and show your support of Gayle Smith's leadership.

Confirmed on Tuesday by the US Senate, Gayle Smith, a former national security aide to President Obama will be leading USAID, a federal agency responsible for overseas humanitarian and foreign aid. The vote came to an outstanding 79 to 7 decision indicating there is strong bipartisan support behind Smith’s leadership. 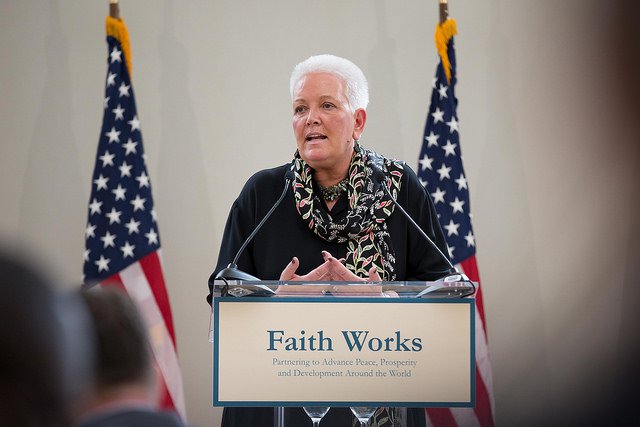 Global Poverty Project is thrilled for USAID as they are gaining an incredible leader who has been very influential in promoting health, women’s empowerment, democracy, and stability worldwide.

Smith comes with a wide range of expertise and experience working in humanitarian crises, particularly Africa. Smith worked in Africa for over 20 years as a journalist, covering stories ranging from economic, military, and political affairs. Additionally, Smith is entering this position with an impressive resume working with international NGO’s, foundations, and governmental agencies. She is the founder of ENOUGH, an NGO focused on ending genocide. Smith is truly a champion for ending global poverty and inequality. Her appointment as Administrator represents the US’s commitment to making international development a key component to national security.

“In Gayle, the dedicated professionals at USAID gain a humanitarian and a leader of the highest caliber, with a track record of success to lead them as they continue their crucial work,” said Susan E. Rice, the U.S. National Security Adviser. This statement exemplifies the excitement surrounding Smith’s appointment.

This is a critical moment for USAID. As the federal agency responsible for overseeing aid, they are charged with distributing a $20 billion budget to international development projects. Formally a National Security Advisor for President Obama, Smith prioritized global health within in the Obama Administration, particularly for women and children. I hope that under Smith’s leadership, USAID will continue to embrace innovative approaches to international aid and development, and work to end extreme poverty by 2030.

At the Global Poverty Project we look forward to working with Gayle Smith on improving access to adequate education, nutritional food, and protection against child killers like pneumonia and diarrhea.

You can go to TAKE ACTION NOW to tweet now to congratulate Gayle Smith on her new appointment as the Administrator of the United States Agency for International Development.