Why Colombian Farmers Are Using Cacao to Stand For Peace

Through enduring battle between the Colombian army and (FARC), these farmers kept peaceful. 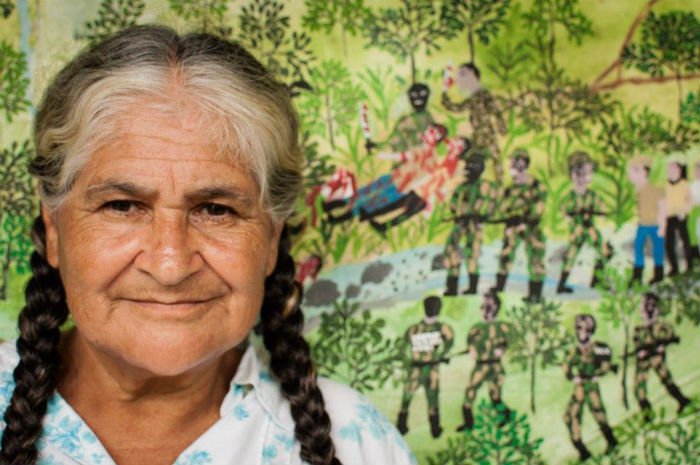 This article was contributed in support of Impact Marathon Series, who will be selling the Community's chocolate throughout their week long trip to Colombia. Photos courtesy of "Chocolate of Peace" and IMS.

Consumer spending can have a huge impact on the world around us, and global citizens have the power to change lives by taking action to buy products that create positive change. One remote community produces a chocolate which supports their mission to defy all the odds and stand for peace in a war torn region.

The Peace Community of San José de Apartadó in northwest Colombia was formed in 1997. Its members hoped to separate themselves from the brutal conflict which raged around their rural settlements. Their idea was that by designating themselves neutral in the enduring battle between the Colombian army, right-wing paramilitary forces and leftist guerrilla the Revolutionary Armed Forces of Colombia (FARC), they could create a safe space where they would be free to live and work.

The area of San José de Apertadó in the region of Urabá is rich in biodiversity, and the cacao produced here is some of the best in the world. Sadly, the basic rights of the community have been systematically violated by army, paramilitary and guerilla fighters who fail to recognize the Peace Community’s neutrality. These violations include regular abductions and murders over the 20 year history of the community. The farmers are human rights defenders, who have diligently recorded these violations while continuing to farm the land and produce and export their cacao. 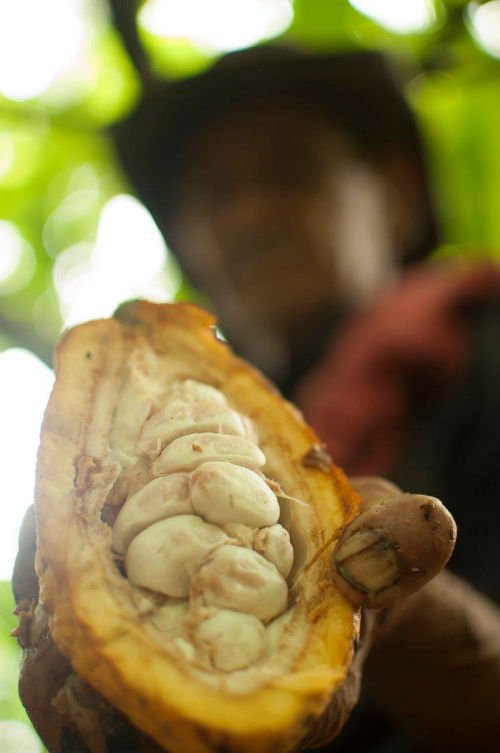 British writer and anthropologist Gwen Burnyeat worked with the Peace Community for five years, first as a volunteer with Peace Brigades International, and then while completing a research masters in anthropology. With their cooperation Gwen produced a film called “Chocolate of Peace,” together with Colombian co-director Pablo Mejía Trujillo.

The community remains in a dangerous position. 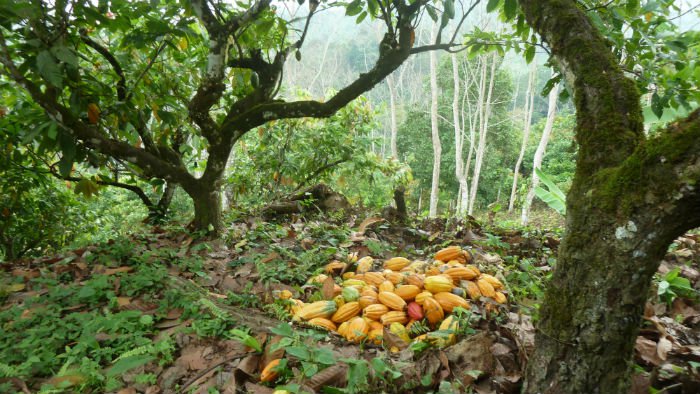 “The paramilitary threat especially is palpable in these kinds of remote areas of the country.” Gwen told Impact Marathon Series. “Just recently, the predominant group in the region, called the ‘Gaitanista Self-Defence Forces of Colombia’ (AGC) scrawled threatening graffiti in the Community’s main settlement overnight. Sometimes there are threatening phone calls that target specific leaders. The members are very afraid of paramilitaries, because there has been such a history of brutality and human rights violations, often in conjunction with the armed forces.”

The experience of the community led them to form very close bonds, with each member participating in regular community work.

“This started out as a need for protection, and keeping safe by going in big groups to work the land, but it became part of their life philosophy, because they discovered they were also stronger psychologically and in their identity as a collective, working together, eating together, supporting each other like a large family.”

This sense of community spirit keeps the members going, despite all they have faced.

“One of the women in my film, Brígida (pictured above), says that part of what keeps her going is the historical memory of the Community. She says: 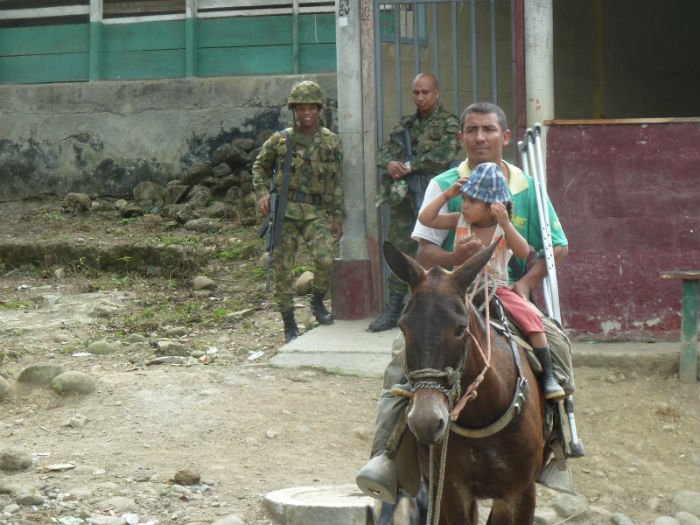 Brígida is an elderly lady who paints pictures of the massacres and the tragedies that have happened in order to record them in the Peace Community’s memory and help explain to the children what happened to their predecessors. Her daughter, Elicenia, was killed aged only 15-years-old by a grenade allegedly thrown by the army.”

Gwen and Pablo Mejía were motivated to make their film “Chocolate of Peace” to add to the dialogue about the meaning of peace, in Colombia and in the world at large.

“We wanted to make a film in which the Community members could recount their tragedies and denounce the violations against them, but also show their dignity as farmers, their skill as cacao- and chocolate-producers, and their inspiring model of community living which could be useful to all of us, anywhere in the world.”

The community works with Lush Cosmetics, a British based multinational, and they have an agreement which sees the local cacao exported and used in products sold globally. Lush has helped secure fair trade and organic certifications, as well help improving production. However Lush has also provided further support.

“They have also been involved in advocacy for the Community’s human rights situation, and together with international NGO Peace Brigades International, they have done campaigning and helped to make the Community more visible among consumers, for example, a campaign in 2014 called ‘Peace Pioneers’ collected 24,000 signatures to a petition directed to the Colombian government asking for protection and justice for the Community.”

Gwen is positive that consumers can make a difference both on a small and large scale. 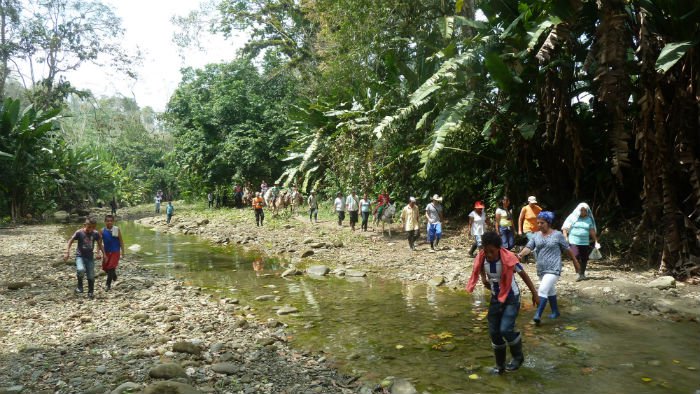 “On a small scale, you can support the Community by buying the Lush products containing their cacao. On a larger scale, you can support this Community and many communities around the world living through similar situations by deeply reflecting on how our consumption practices contribute to the violence that these types of small-scale producer have lived through. When I go to my corner shop in Kentish Town in London, I see bananas with the Chiquita Brands label. The fruit company Chiquita was found responsible in the United States for financing paramilitary groups in Colombia. So by buying that banana I am contributing to the state of things there. But, if I choose my food and my other goods differently, then I can contribute to the construction of a better world. I don’t just want to tell people ‘buy stuff from the Peace Community’, but to change the world by our daily practices of consumerism.”

You can also support the community by buying buying the Peace Massage Bar from Lush, and learn more by checking out the “Chocolate of Peace” trailer.