She was viciously attacked for it. 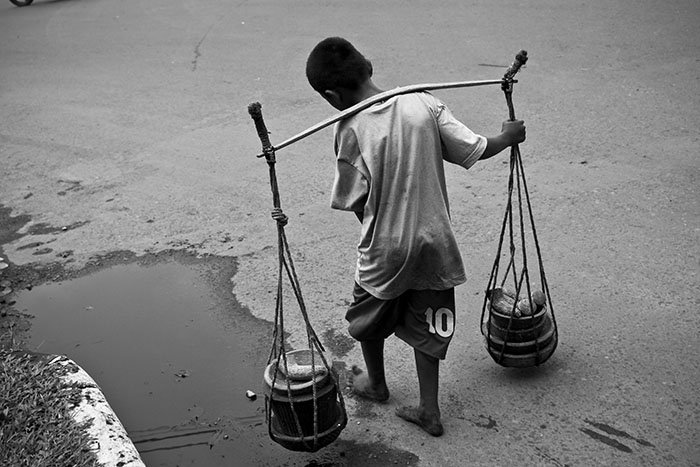 Jharna Joshi, a 22-year-old college student from Ahmedabad in the Indian state of Gujarat, helped rescue 111 child labourers from one of the biggest ceramic factories in Morbi, Gujarat.

A recent Times of India story reports that in April, Jharna was visiting her cousin in Morbi, a village in the Saurashtra region of Gujarat. One morning, she saw several buses transporting a large number of children passing by her cousin’s house. Since they didn’t look like school buses, Jharna grew suspicious.

She followed one of the buses and discovered that it led to a factory unit of Sonaki, a company that manufactures ceramic utensils.

Working in the pasting and design department, Jharna soon found out that most of the labourers were below 18 years of age. She also noticed that they worked very long hours and were often deprived of food and water. They also weren’t allowed breaks to rest during their shifts.

Horrified, Jharna sent a report to the Department of Child Welfare within two weeks of working at the factory. The report, which contained details of the atrocities and inhuman conditions of the factory, lead to a raid where 111 children were rescued.

Officials from various departments, including the departments of social defence, police, labour, and employment, organized the raid. The Deputy Labour Commissioner of the area called the biggest ever rescue operation of child workers in Saurashtra. A hundred of these were underage girls.

Jharna is the reason that a battle in the war against child labour has been won. But not everyone was thrilled.

The owner of the company as well as other factory officials were livid. After receiving several threats after the factory raid, she was attacked by two men, according to a report in The Quint.

“They halted me by crossing my way and asked if I was Jharna, the girl who rescued child labourers. Just as I said ‘yes’, they attacked me,” she said to local media.

The assailants injured her forehead, arms, and legs, causing her to be admitted into a hospital.

Despite her injuries, Jharna remains undeterred. She said that she knows of more factories in the area that employ underage labourers, and has vowed to continue fighting against child labour practices.

My brave daughter #JharnaJoshi, you are not alone, I am with you and will do my best to protect you. 2/2 https://t.co/uQNZAXPXCq

Worldwide, about 217 million children work as child labourers. A 2015 report by the International Labor Organization found the total number of child labourers to be 5.7 million, but the actual number is estimated to be much higher.

The consequences of child labour can be devastating. Apart from impacting the country’s economy, working long hours in factories and exposure to harmful chemicals and substances can be detrimental to the physical and mental development of children.

Many families believe that making children work so that they can contribute to the family’s income is a better investment than sending them to school. Children are also often trafficked into doing manual (and often bonded) labour at factories.

Child labour has fallen by 64 percent in India over the last decade and India has recently implemented several laws aimed at curbing illegal labour practices. A new anti-human-trafficking law has also been proposed, aiming to strengthen existing laws.

Steps are being taken to curb child labour, but it is still rampant. Jharna Joshi with her insurmountable courage serves as inspiration to everyone to contribute in whatever way they can to end atrocities committed around the world.