Nike Taps Colin Kaepernick for Latest 'Just Do It' Campaign

Why Global Citizens Should Care
The UN’s Global Goals include the aim of reducing inequalities around the world and empowering and promoting the social, economic, and political inclusion of all, irrespective of age, sex, disability, race, ethnicity, religion, or any other status. Campaigns like this support those who take a stand against inequality. You can join us in fighting racial discriminationhere.

The multinational corporation strategically shared the football player’s “Just Do It” poster for its 30th anniversary, three days before the NFL season officially kicks off, BuzzFeed reports.

The black-and-white ad is a bold move for Nike, showing a headshot of Kaepernick with the words, "Believe in something. Even if it means sacrificing everything."

Believe in something, even if it means sacrificing everything. #JustDoItpic.twitter.com/SRWkMIDdaO

Starting during the 2016 NFL preseason, Kaepernick began to kneel during the national anthem to draw attention to police brutality against African-Americans and other racial injustices. Other football players and athletes joined him. Some sports fans — and even the White House administration — weren’t pleased, sparking a national debate.

In May, the NFL made it optional for football players to walk onto the field during the “Star Spangled Banner,” but under the policy, those who protested would still face consequences. By July, the NFL rule was put on hold, making each team responsible for how it deals with players who protest.

Take Action: Show Your Support for All People - No Matter Where They Were Born

Kaepernick, who hasn’t been on the field with a team since 2016, declared himself a free agent in 2017, making some wonder if NFL teams didn’t want to sign him because of his protests. The quarterback is suing the NFL, claiming it won’t let him play because he took a public stance on inequality. 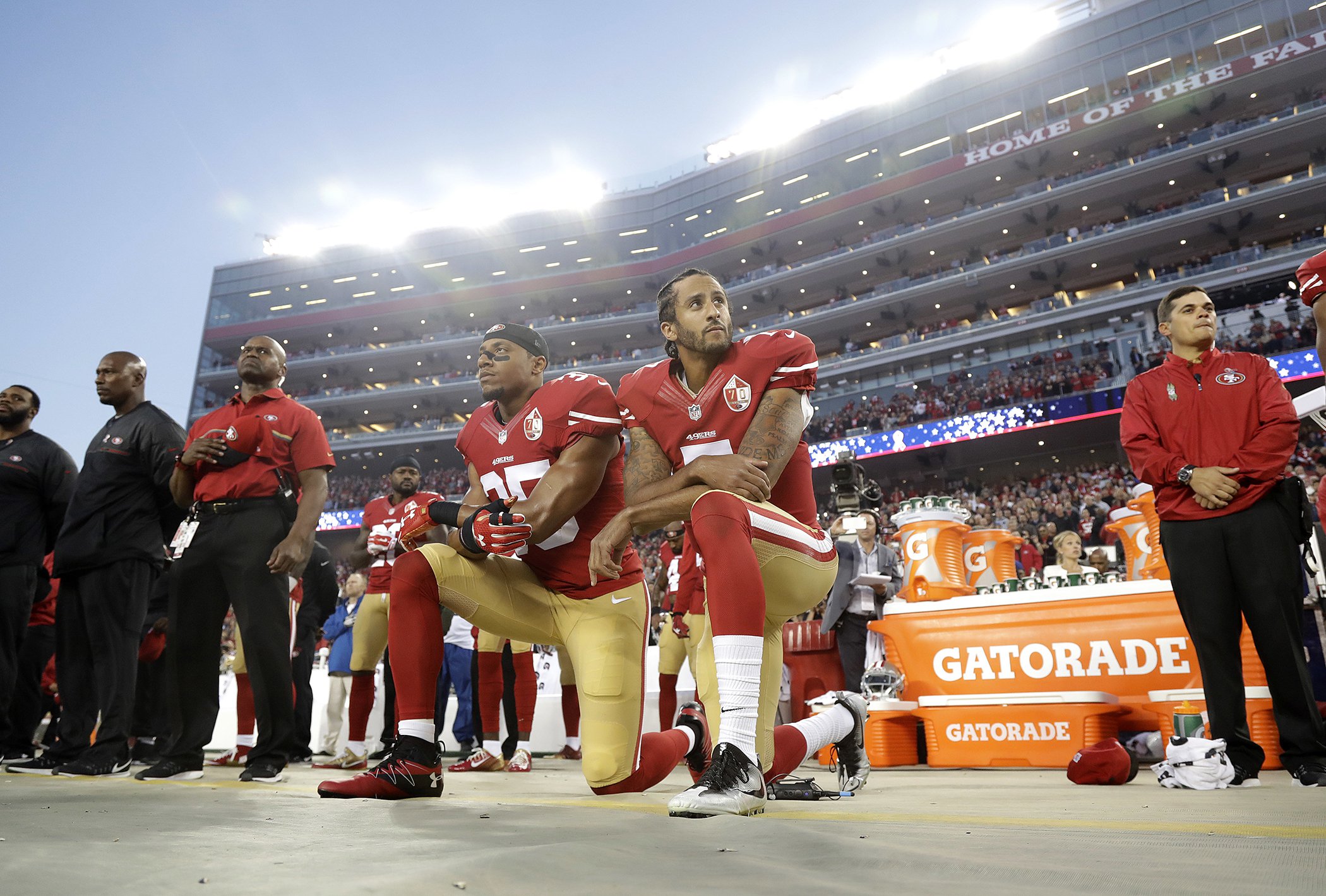 The timing of Nike’s new campaign suggests the company isn’t afraid to put pressure on the NFL. Kaepernick reportedly had a deal with Nike that dates back to 2011; rather than drop him after NFL controversy, Nike kept him on its endorsement roster.

While off the field, Kaepernick has continued using his fame to amplify social justice issues and raised money to fight famine in Somalia in 2017. His work hasn’t gone unnoticed. Human rights organization Amnesty International named Kaepernick its 2018 Ambassador of Conscience for his activism, and he received Sports Illustrated’s Muhammad Ali Legacy Award for his commitment to social justice the same year.

Nike’s Kaepernick campaign has sparked social media reactions from those who disagree with his activism, including destroying their Nike products in protest, while others rushed to buy Nike products in support, according to CNN. Some have urged those who oppose the campaign to donate their Nike gear to those in need.

Let me guess we‘re boycotting Nike because by them supporting Colin Kaepernick they are somehow “disrespecting the flag.” We all know this to be untrue/unfounded but a segment of our population will continue to seek division over unity. I’m putting on my Nike shoes! #NikeBoycottpic.twitter.com/fLRo6GFXDN

If you burn/destroy clothes and shoes instead of bringing them to a veteran charity, don’t talk patriotism or honoring vets.
You are throwing away something SOMEONE you say you respect needs to be spiteful and look cool on social media.
It proves your outrage a lie.#NikeBoycott

This isn’t the first time Nike has used social justice branding to its advantage. In 2017, the company launched racial diversity “Equality” ads with Serena Williams and LeBron James.

Read More:Why It's Critical That Pro Athletes Be Part of Our Political Discourse

Rolling Stone writer Jamil Smith pointed out that despite standing against injustice, the company is still making money off activism. Nike isn’t unlike many other corporations that have jumped on the marketing trend in recent years, monetizing everything from the #MeToo movement to stopping police brutality.

Is this a corporation seeking to profit off of the pursuit of social justice? Yes. But this accomplishes one thing that could be important. The NFL is now facing pressure from one of its biggest partners to end its collusion against @Kaepernick7. Nike makes the team uniforms. pic.twitter.com/OM08WMa9fr

Regardless of Nike’s profit-making intentions, the campaign sends a powerful message by celebrating those who stand up for change and encouraging others to speak out against injustice, even when it requires putting everything on the line.