An urgent reminder that 'Britain is better' than this. 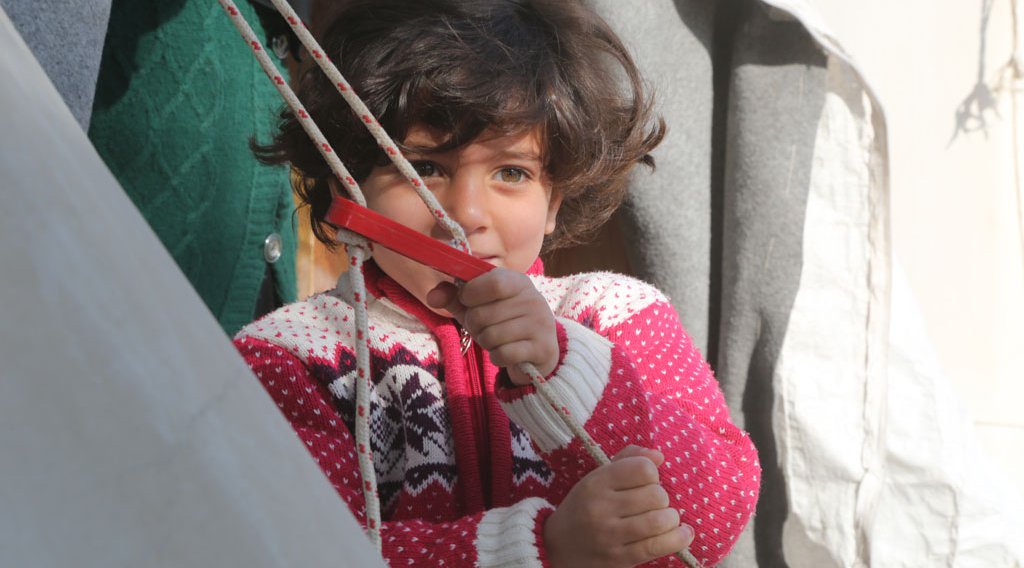 More than 200 public figures have urged the UK government to continue the Dubs Scheme and accept more child refugees in a powerful open letter.

Signed by Coldplay, Benedict Cumberbatch, Keira Knightley, Lily Allen, Jude Law, and hundreds more high profile figures, the letter is the latest response to the UK government’s abrupt announcement that it would only accept 350 child refugees under the Dubs Scheme.

Yet, the UK government has announced it only plans to take a further 150 child refugees from Europe, bringing the total number transferred under the scheme to a mere 350.

Community leaders from @CitizensUK@safepassageuk turned out in the snow with @AlfDubs to deliver refugee children petition to PM #DubsNowpic.twitter.com/6p0MslNxXW

Thousands have spoken out against this decision. A petition launched by Citizens UK has generated more than 50,000 signatures, and was delivered to the Prime Minister by Lord Dubs on Saturday 11 February.

The government’s decision to close the “Dubs” lifeline for vulnerable refugee children is truly shameful.

The idea that as a country we will slam the door shut after just 350 children have reached safety is completely unacceptable.
Lord Dubs was himself a child saved by Sir Nicholas Winton who rescued 669 children virtually single-handed.

It is embarrassing that the Prime Minister’s entire government will not even manage to match the example set by her former constituent all those years ago, let alone the efforts of the Kindertransport movement of which he was a part which saved 10,000 children from the Nazis.

It is clear from the work of charities like Citizens UK’s Safe Passage project and Help Refugees with unaccompanied child refugees across Greece, Italy and France that where these safe and legal routes are blocked, children are left with a terrible choice between train tracks on the one hand and people traffickers on the other.

The government’s threadbare consultation with councils is now nine months out of date.

The country we know and love is bigger than this. Communities and councils across the country stand ready to do more. The government must agree to extend the programme and re-consult with councils immediately.

Their voices join thousands across British society urging the government to reverse its decision. Barbara Winton, the daughter of Sir Nicholas Winton who pioneered the Kindertransport scheme, reminded the prime minister of the words she had spoken about her father after his death.

“As my father’s MP, I know he deeply valued the relationship he had with you toward the end of his life, and at his memorial you very generously described him as ‘an enduring example of the difference that good people can make even in the darkest of times’ and said ‘I hope that his life will serve as an inspiration for us all ... and encourage us to do the right thing.’

“As the world once again teeters on the edge of dark times, I ask you to remember those words.”

Gov to close #dubs route at 350 refugee children, Nicholas Winton managed 669 on his own. Pls share this petition https://t.co/56ldBlTEr1

We’re disappointed by reports on #Dubs.
Our government has a moral obligation to protect vulnerable child refugees stranded in Europe. https://t.co/WDqGp4Tcig

Award-winning director condemned the abandonment of the scheme as “disgraceful” in his recent Baftas acceptance speech. The Archbishop of Canterbury has also spoken out to say he was “saddened and shocked” at the government’s decision.

As more people add their voice in defence of the Dubs scheme, the open letter is a reminder that thousands across the country believe that fundamentally, “Britain is better than this.”