This All-female Coding School in Afghanistan Tears Down Gender Barriers

Coding their way to gender equality. 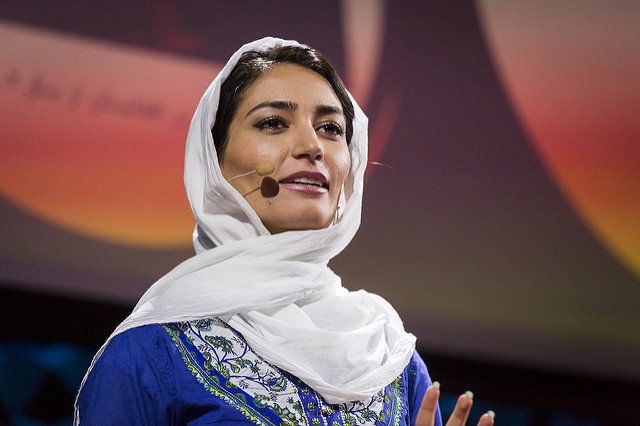 But she recognised that her path was unusual. Generally, women in Afghanistan are beset by obstacles that limit potential. Forough couldn’t help but attribute the scope of her opportunity to her digital literacy. So once she got back to Afghanistan, she opened the country’s first all-girls coding school called Code to Inspire (CTI).

A female-only coding school is helping launch a quiet revolution in Afghanistan https://t.co/cZ7gMn0Kt8#CSforAllpic.twitter.com/rKa2Mf73Ij

In Afghanistan, several years of Taliban influence have left behind a conservative mindset among many, which includes the expectation that women shouldn’t be allowed to study or work, but instead dedicate their lives to household chores. While the government is supporting initiatives like CTI, it is still considered improper in Afghan society for women to work alongside men.

That’s another reason why Forough started the school--it’s a way to circumvent the barriers, and open up the world for women. Learning how to code could open doors to jobs in the tech industry, permitting women to work from home with the support of their family.

But Forough also hopes that, by seeing women become financially independent, the men in the family will begin to alter their conservative perspectives, and come to realise that women can contribute to household income.

The burgeoning Afghan tech industry has been viewed as a sign of progress--until a few years ago, Afghanistan had banned the internet, television and even music.

CTI’s coding program is free of charge, and women are able to use what they learn to enter the country’s existing job market. But, most importantly, Forough says, “we are going to empower girls online without being worried of physical and geographical distances.” CTI’s students will be able to design websites and develop apps for clients across the world, affording them the opportunity to earn much more than local wages in Afghanistan, and giving them much broader perspectives.

Today we learned Break and Continue.@CodeToInspire#AfghanGirlsCodepic.twitter.com/b945LNIejZ

With more initiatives like CTI, Afghanistan’s tech gender gap can be closed, perceptions about women’s education and employment can be changed, and more women can become financially independent.

Forough’s goal with CTI is eventually to spread the message of peace and empower women everywhere. The Internet has always been framed as the ultimate democracy, but this has never panned out. If women were granted equal opportunity to its resources, then that potential could be realized.