Clearing the way for development in Lao PDR

Lao PDR is moving toward a future without remnants of war.

Lao PDR is the most cluster munitions and UXO affected country in the world, with 25% of its villages still contaminated and around 50 people killed or injured in UXO accidents annually.

To help accelerate progress, a Lao-specific MDG 9 was adopted in 2010. One of the targets is to “reduce substantially the number of casualties as a result of UXO incidents”.

In 2014 alone, UXO Lao, supported by UNDP and development partners, released 3,253 hectares of land through clearance and technical survey. Since the programme began in 1996, more than 30,000 hectares (300 square kilometres) have been cleared and more than a million items of UXO destroyed. 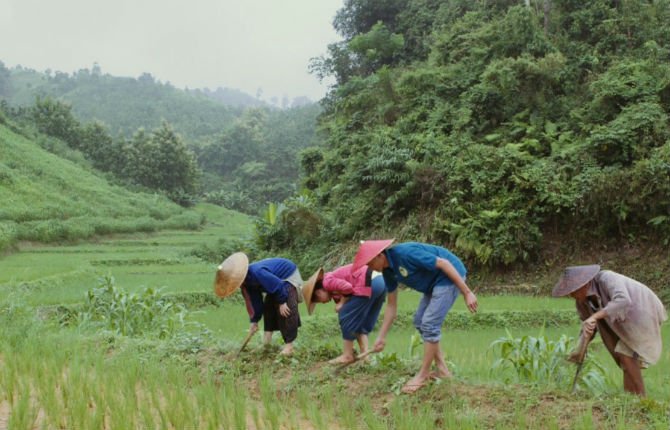 “We are rice and vegetable farmers”, says the mother of five from Pakmong village in northern Luang Prabang Province. “Imagine our shock when my husband and I one day dug out a bombie while working in the field.”

The “bombie”, as it is known in Lao PDR, was one of 270 million anti-personnel cluster bomblets dropped on the country during the Second Indochina War (1964-1975) and intended to explode on or shortly after impact.

“We didn’t know what to do, so I used a plastic bag to pick it up and throw it away,” Lar recalls.

Whereas manufacturers estimated a failure rate of about 10%, it is now generally agreed that as much as 30% of the weapons failed to detonate. As a result, even today, unexploded ordnance (UXO) present a serious hazard for the population of Lao PDR. UXO accidents kill or injure around 50 people every year.

Lar and her family were lucky. The bomb did not explode, but the family lived in fear. “Every time we worked on our field, we were afraid. We couldn’t plant as much, resulting in less income.”

The presence of UXO hinders socioeconomic development in Lao PDR, a country that is slowly emerging from Least Developed Country status. In 2010, reducing the impact of UXO became specialized Millennium Development Goal number 9 for Lao PDR. 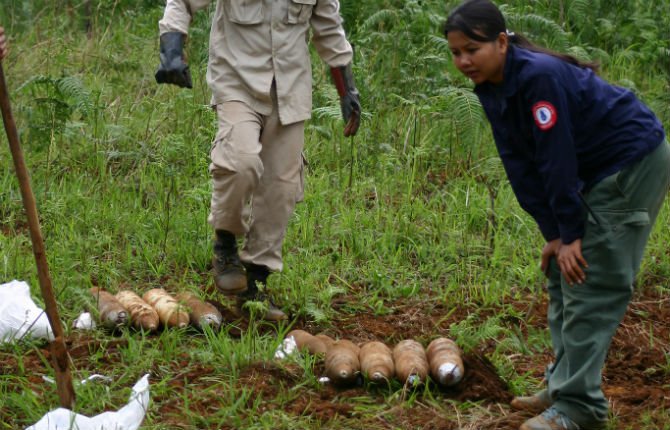 Supported by UNDP since 1996, UXO Lao also delivers education on risks in highly contaminated areas. The awareness programmes use textbooks and radio messages but also puppet shows, songs, dances and games to help adults and children learn how to live with the hazard of UXO. In 2014 alone, these activities reached 200,000 people in 650 villages, and half of participants were children.

UNDP also administers the UXO Trust Fund, a mechanism established in 2010 to mobilize, coordinate and manage international assistance to the UXO sector.

For Lar and her family, UXO Lao put an end to the anxiety. “They came to clear our land from bombs free of charge, and now we can use all parts of our land,” she says. “We are happy now that our family is safe.”

And word is spreading. Lar’s neighbours have already requested help clearing their lands. Step by step, paddy by paddy, Lao PDR is moving toward a future without remnants of war. 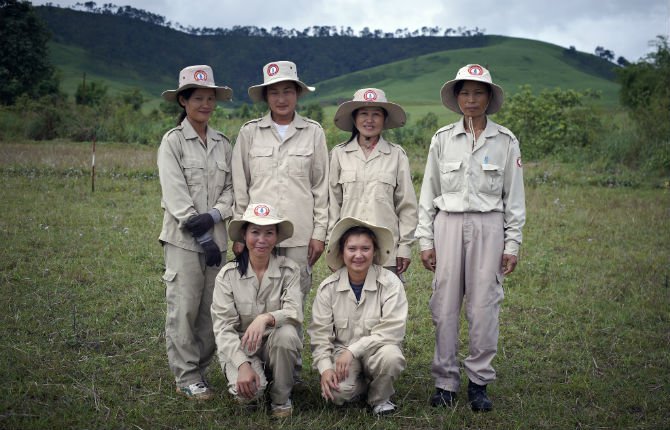