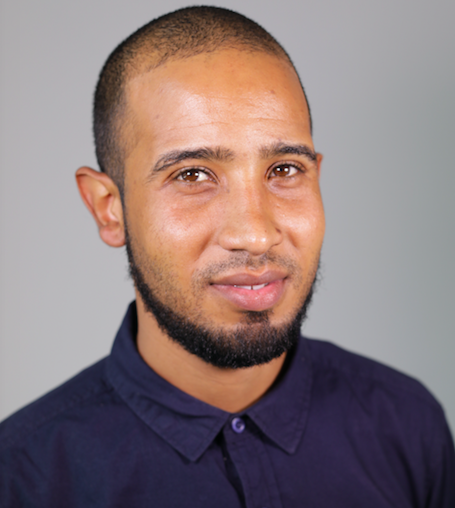 From violence to malnutrition, children all over the country are being let down.

Why Global Citizens Should Care
Children are the future, and the UN’s Global Goals work together to build a better future for everyone. All of the goals have an impact on children in one way or another, whether it’s health, education, nutrition, or water and sanitation. But, right now, millions of children are being let down across the world. You can join us by taking action here to support children’s basic rights as human beings.

Nelson Mandela famously said that “the true character of a society is revealed in how it treats its children.”

And yet in South Africa right now, children’s basic human rights seem to have fallen to the bottom of our list of priorities.

Social media is flooded with stories of horrific child abuse; and more recently the scandal over pit latrines in schools has erupted again.

Meanwhile, the quality of education, the number of child-headed households, exposure to violence, and the impact of inequality on the provision of basic services for children remain major concerns.

At least 41% of all reported rape cases from the past three years have involved children, according to the South African parliament. And in the same period, more than 2,600 children were murdered.

Add to this the tens of thousands of babies abandoned across the country — two in three of whom are reported to have died — and revelations from a 20-year investigation that 99% of the children studied had witnessed violence or been a victim of it, and it is not surprising that global humanitarian organisation World Vision recommended violence against children in South Africa be treated as a national disaster.

Urgent action against open pit latrines in South African schools has been announced this month, after several high-profile cases of children tragically falling into toilets and drowning sparked national outrage.

#SouthAfrica is to get rid of all pit #latrines (toilets)in state schools within two years after a pupils drowned in a toilet .Many are built of cheap metal and shoddily built pic.twitter.com/Hq4lzb2CyH

The scandal of open pit latrines has been rolling on for years, however. Some 12 years ago, then-president Thabo Mbeki pledged to eradicate the system too.

In his 2006 State of the Nation address, Mbeki said the government “must completely eradicate, in the established settlements, the ‘bucket toilets’ by the end of 2007.”

Then, in 2013, the Department of Basic Education (DBE) released the minimum "norms and standards for schools infrastructure" policy — making it a legal requirement for every school to have water and working toilets.

But delivery of improvements to school infrastructure has been slow, particularly in rural areas. Schools continue to lack sanitation facilities — and teachers and children are forced to make use of unsafe and undignified toilets.

It's believed that over 5,700 schools across the country are still solely using pit latrines, according to the Department for Basic Education.

DA's Western Cape only Province with no pit latrines at all! DA cares deeply about our children's lives#sabcnews#LandExpropriation#EFF#DA#ANC#WomensMonth#WomensDay#womensmonth2018#land#SouthAfrica#ThumaMina#ShaunAbrahams#Marikanapic.twitter.com/L8Dnp5SKgN

The No-Fee Schools policy has abolished school fees in the poorest primary schools across South Africa, helping to attract under-privileged and vulnerable children to school.

But while it’s helped give education access to millions of children, the quality of education is still proving problematic.

According to the 2016 Progress in International Reading Study (PIRLS), South Africa was placed last of the 50 countries analysed.

The study found 78% of South African children can’t read for meaning by age nine or 10 — which means that they couldn’t locate and retrieve explicitly stated information, or make straightforward inferences about events and reasons for actions.

Children in rural areas, particularly in the Eastern Cape and Limpopo, are getting poorer services, which can have “lifelong consequences on their health, learning ability, and earning potential," warned the South African Early Childhood Review.

The review focused on what South Africa is going to improve children’s lives, in relation to the UN’s Global Goals — including improving health, education, water and sanitation, and reducing inequalities.

It concluded that, while South Africa has made significant progress with some targets, it’s lagging far behind with others. It recommended that, to meet the UN’s goals by 2030, it must focus on providing evidence-based programmes for the most vulnerable, and accelerate access to essential services.

An estimated 53 children under the age of five die in South Africa every day — with 75% of these not reaching their first birthday.

Most of these children are dying of preventable causes — with malnutrition a key driver of under-5 mortality, according to the Mail & Guardian. Between 2012 and 2013, over 30% of children who died in hospital were severely malnourished, and a further 30% were underweight.

Malnutrition, as well as threatening the survival of a child, also weakens their chances of reaching their full potential.

Countries that have managed to reduce stunting have done so by focusing on women of reproductive age and children under five – with an emphasis on the first 1000 days of a child’s life. Let’s support South Africa’s women and children. They are our future. #GrowGreatness

Some 24 years into democracy, and many nutrition programmes and child grants later, the prevalence of stunting — meaning impaired growth and development — has remained stubbornly high. According to the recent South African Demographic and Health Survey, 27% of all children under five suffer from stunting.

It puts South Africa in 70th place, out of 132 countries, in terms of stunted growth rates. Meanwhile, the third Global Nutrition Report, released at the end of 2016, found that children in South Africa were worse off than their counterparts in many poorer countries — including Haiti, Senegal, Thailand, Libya, and Mauritania.