New Hampshire voted to raise the minimum age of marriage from 13 to 16 — a big step forward. 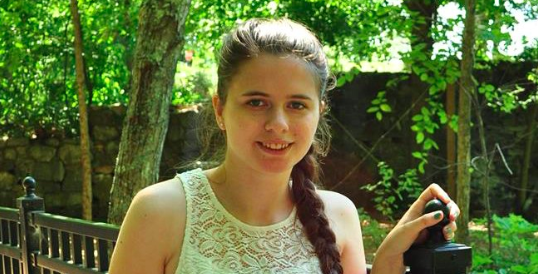 Girl Scout Cassandra Levesque was shocked to learn last year that, at age 17, she was not just above the minimum marriage age in her home state of New Hampshire, but well above it. That moment became the catalyst for her fight to raise the minimum age of marriage in the “Granite State” from 13 to 18.

Her efforts paid off on May 2, when the New Hampshire State Senate unanimously passed a bill to raise the minimum marriage age to 16, the Concord Monitor reported.

Until Gov. Chris Sununu signs the bill, girls as young as 13 and boys as young as 14 can be married with parental consent and a judge’s approval in the state. Gov. Sununu has expressed support for the bill and is expected to sign it into law.

“Virtually everyone agrees that the marriage of a 13-year-old child is unconscionable,” Gov. Sununu said after the New Hampshire House of Representatives passed the bill in March.

The bill itself was a result of Levesque’s campaigning efforts, which were the focus of her  capstone Girl Scout Gold Award project. And though the bill falls short of Levesque’s goal of raising the minimum age to 18, the college freshman considers the progressive step both a personal victory and a win for girls across New Hampshire.

“I was very proud of the fact that I changed something that has been going on for so long and nobody knew until I spoke up,” Levesque told the Concord Monitor.

Over the course of her year-long campaign to change the law, the teen learned that both her grandmother and great-grandmother married before they turned 18, hoping to escape ongoing domestic abuse only to find themselves in abusive marriages.

Read more: Yes, Forced Child Marriages Happen in the US, Too

Legal loopholes allow children in the US to be married before their 18th birthdays in every state, except Delaware — which became the first state to ban child marriage by raising the minimum marriage age to 18 without exceptions just last week.

The nonprofit Unchained At Last estimates that nearly 250,000 children were married in the US between 2000 and 2010. And most of those in child marriages in the US are younger girls married to adult men.

While Delaware is the first state to pass a bill banning child marriage, it wasn’t the first to try. Similar bills have been considered Arizona, Florida, Tennessee, and New Jersey recently, but, as in New Hampshire, the bills did not succeed in setting the minimum marriage age at 18 without exception, though several did manage to increase the minimum age of marriage.

Read more: Delaware Is the First State Ever to Ban Child Marriage

What can you do to help fight Child Marriage? Talk about it! This hideous act hides in the shadows of society, we need to keep it in the spotlight. We need to make sure that everyone knows it happens and we have to fight it on every level.

"I would have liked to see it changed to 18 because that's when you're considered an adult," Levesque told Refinery29. "But 16 is a middle ground. It's a step further."

Global Citizen campaigns in support of gender equality and women’s rights. You can take action here to call on lawmakers to put an end to child marriage and protect women and girls everywhere.