Celebration of the Global Goals in Washington D.C.

Let's make the Goals famous in the US Congress 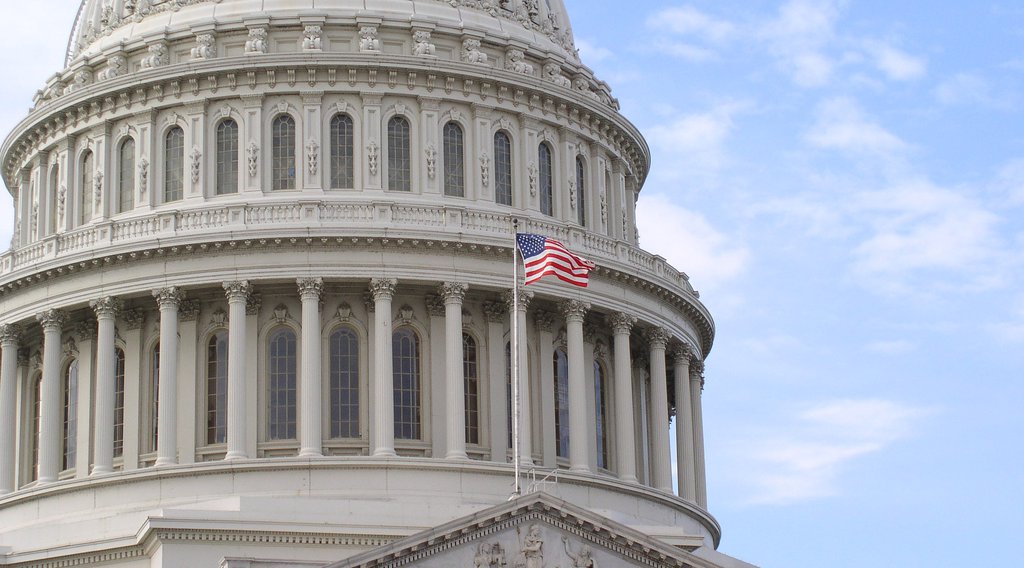 On September 26, Global Poverty Project produced the Global Citizen Festival. It brought the Global Goals to life for 60,000 people in Central Park and millions more watching the online and television broadcast. It was a spectacular day that will play an important role in rallying global citizens to hold their leaders accountable for implementing the goals.

Two of the most incredible moments for me were when President Barack Obama and Vice President Joe Biden spoke on the importance of the Global Goals and stated their support for this ambitious new agenda.

For the goals to be successfully implemented, it is important that not just the Administration but also Congress supports the ambitious targets of the post-2015 development agenda.

The United States is the world’s largest donor of foreign assistance in absolute terms. When you look at funding toward polio eradication, routine immunization, or other life-saving programs, the United States is one of the clear and obvious leaders of the pack.

Thanks in part to United States’ leadership, more children are surviving and thriving than ever before. From 1990 to 2010, there was a 22 percent decline in the number of people living in extreme poverty.

The world is making tremendous progress. People live in better conditions now than ever before. One great example of progress concerns water and sanitation. By 2012, 2.3 billion more people had access to an improved drinking water source. Now, instead of just focusing on ensuring that all children have access to clean water, global citizens are able to concurrently call for all families to have access to improved sanitation and hygiene.

Continued U.S. leadership on foreign assistance is key to achieving the Global Goals. Global Poverty Project joined with the United Nations Foundation earlier this week to launch the Global Goals in the Senate.

Senator Ben Cardin, Ranking Member of the Senate Foreign Relations Committee, spoke about his support for Goal #16 which is about supporting peace and justice. Senator Ben Cardin explained that, "Having good governance is a key ingredient to achieve the Global Goals." 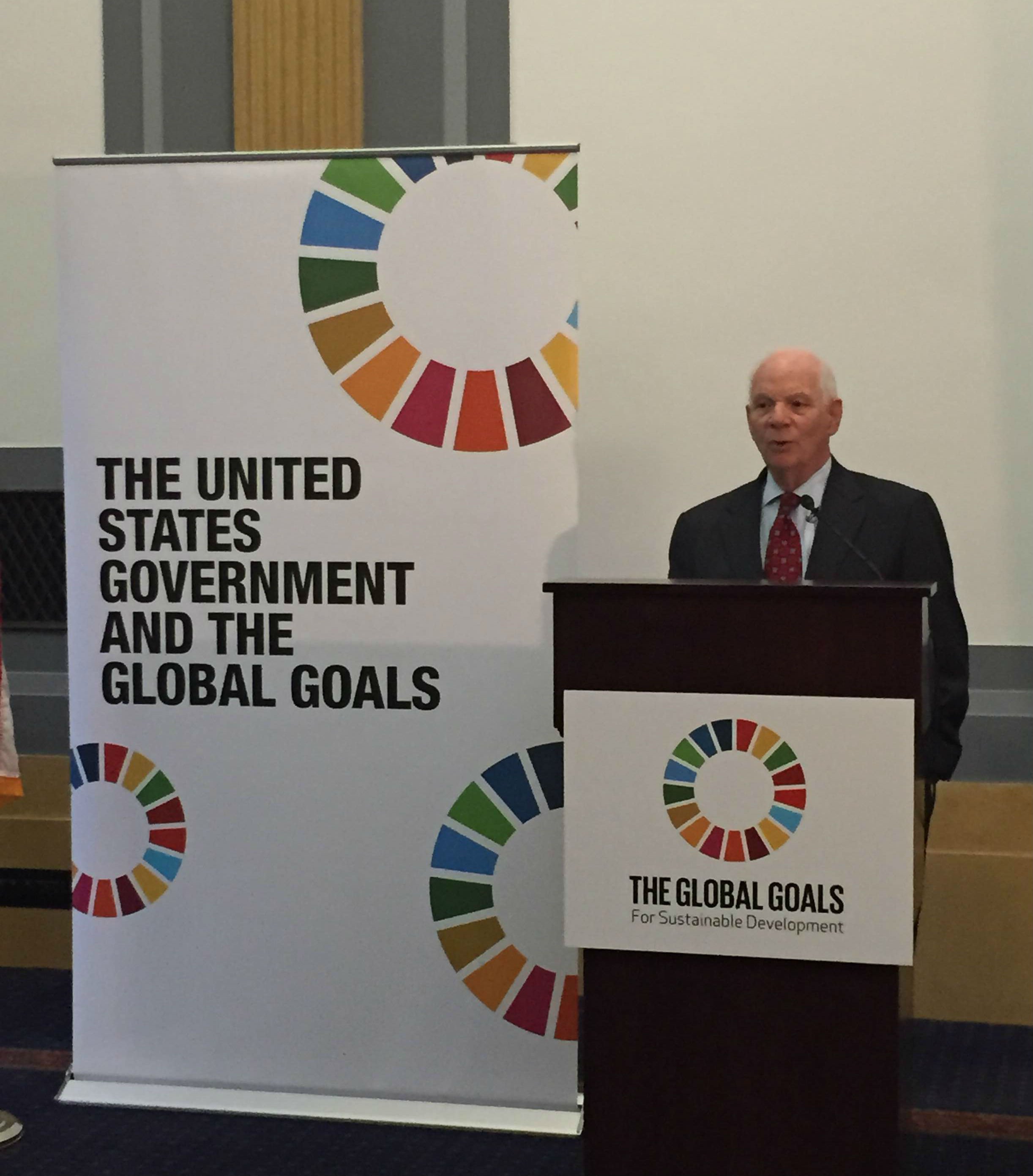 Senator Ben Cardin, Ranking Member of the Senate Foreign Relations Committee, highlighted the importance of good governance in the success of the Global Goals

Senator Bob Corker, Chairman of the Senate Foreign Relations Committee, spoke very eloquently about the Global Goals and how, by reforming food aid, the United States can work to ensure that no one is left hungry or without proper nutrition. As the leading Republican working on these issues,  the support from Senator Bob Corker is unbelievably meaningful! 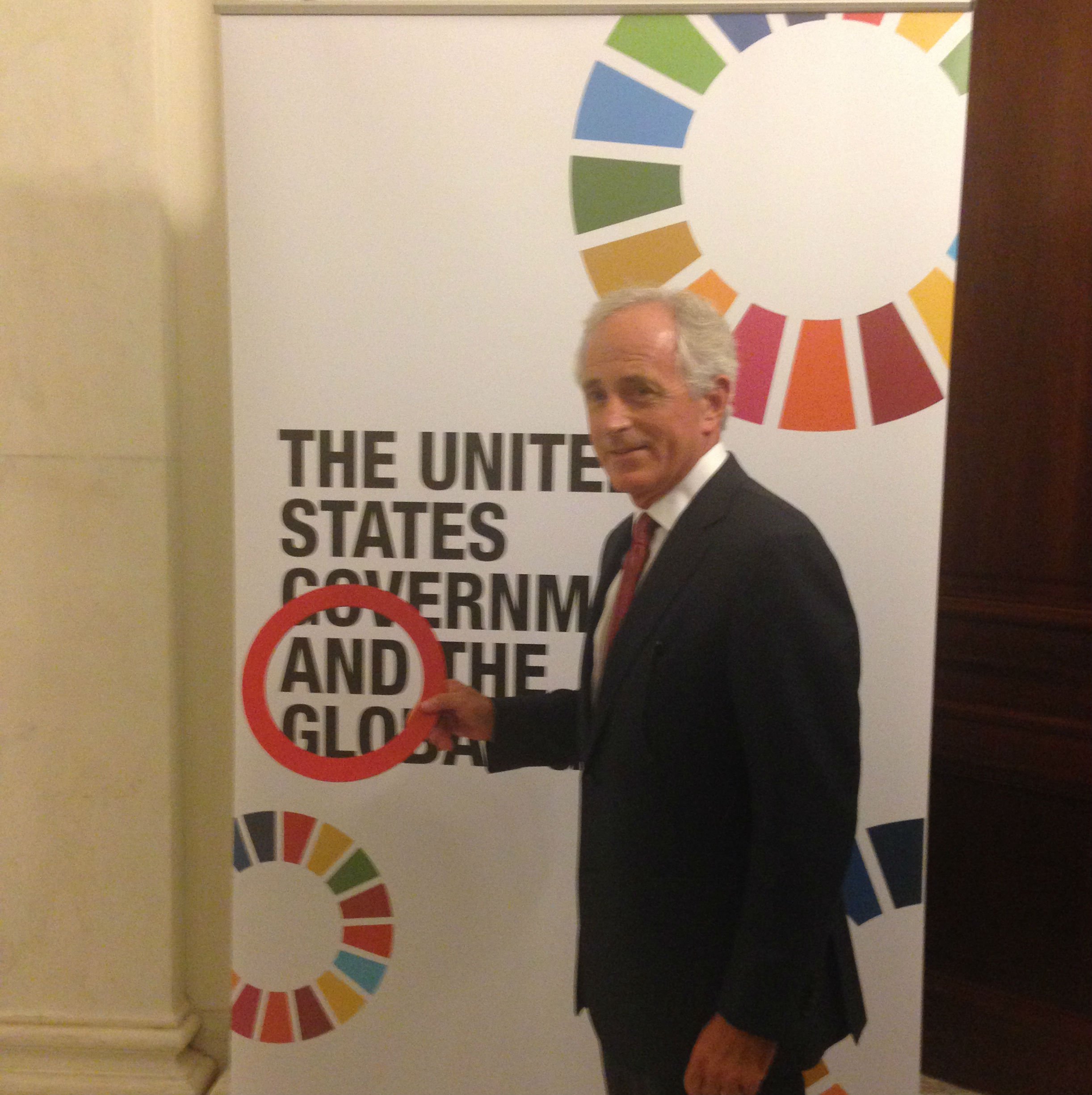 Senator Bob Corker, Chairman of the Senate Foreign Relations Committee spoke on the Global Goals and the importance of food aid reform.

Tony Pipa, U.S. Special Coordinator for the post-2015 Development Agenda, spoke of the key role that the United States Government played in bringing the Global Goals to life. In particular, Pipa emphasized that aid alone is not enough to achieve the goals. Rather, it will be important to bring in private sector organizations and non-traditional actors. Pipa had joined us at the Festival this year and he seemed to really enjoy talking to the GA crowd who, he excitedly expressed, were “knowledgeable on the Global Goals!”

This ‘launch’ of the Global Goals in the Senate was a fantastic first step. To make the Global Goals a success, global citizens need to rally lawmakers to commit to implementing the Goals. You can go to TAKE ACTION NOW to help ensure no one suffers from hunger and malnutrition by signing the petition supporting food aid reform.

Thanks to our friends at Influence Graphics for their support of the congressional briefing: Food Aid Reform and the Global Goals!